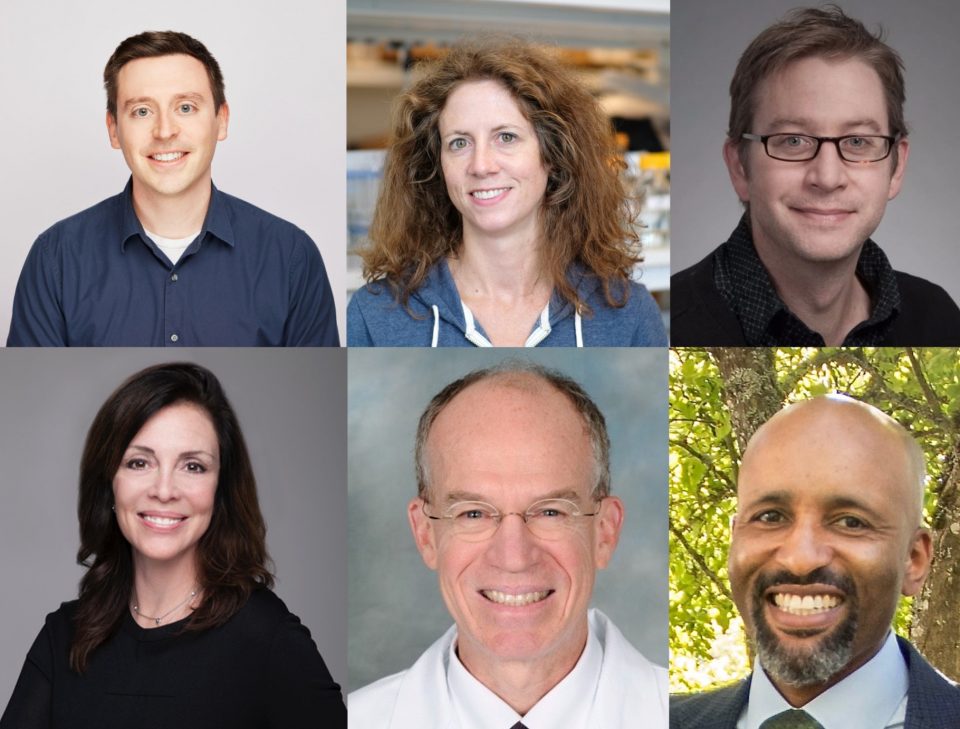 The University of Washington recently hosted a panel of five entrepreneurs to discuss what it takes to launch a life sciences company.

Panelists shared how they got a foothold in the industry and some of the things they learned along the way.

The panel was moderated by Teddy Johnson, director of technology development at the UW’s Institute of Translational Health Sciences. ITHS hosted the event with WE-REACH, which supports UW startups, as part of their innovation symposium in September. Read on for highlights and advice from the panel.

Lutz is co-founder of Anavasi Diagnostics, which is developing rapid tests for COVID-19 and other diseases.

Advice: Lutz advises entrepreneurs not to lose the self-scrutiny more typical of academia.

“We go around advocating for our technologies all the time,” said Lutz, a UW associate professor of bioengineering. “But being self-critical is really important. You have to be able to go back to the home base and be your own biggest critic.”

Lutz also advises startups to think far ahead about lining up parts and reagents and said the process can be time-consuming.

Robin Alfieri on knowing when something is ready

Alfieri is CEO of Apertur, a nascent UW spinout developing smartphone-linked devices for endoscopy and for capturing pupillary light reflexes.

Advice: Alfieri said it was important to strike the right balance between speed and the methodical pace typical of the health sciences.

Aflieri is used to the tech world, having previously worked in leadership roles at Microsoft. “Coming out of high tech, things move fast, and they don’t so much in healthcare,” said Alfieri. “I found myself sort of trapped in this world of ‘is it good enough? Have we solved what we needed to?’”

Pultz is the former CEO and chief scientific officer of PvP Biologics, a spinout of the UW Institute for Protein Design.

Advice: Finding a champion made all the difference to PvP Biologics, which launched in 2017.

The company was developing a potential treatment for celiac disease, an engineered enzyme that breaks down gluten in the digestive tract.

But the idea initially came out of nowhere for disease experts, who were not familiar with protein engineering, said Pultz. She eventually found one key advocate: drug development pioneer Tadataka (Tachi) Yamada, a gastroenterologist who had once been chief medical and scientific officer at pharma giant Takeda. Takeda partnered with PvP Biologics, which later bought the company for $330 million in 2020.

“Tachi was the kind of person where when he called people up and said, ‘You really need to take a look at this,’ they would really take a look at it,” said Pultz. “And that’s how we got through the door.”

Yamada passed away last year after a long career that included heading global health at the Bill & Melinda Gates Foundation and leading R&D at GlaxoSmithKline.

Allan is testing a negative pressure glove to treat hand injuries, with funding from the U.S. Department of Defense.

“You don’t have as much money to work with as you think you do. Everything you think is going to take x time, it’s going to take 10x,” said Allan, a UW Medicine hand surgeon. “So you better pick something you really enjoy doing, because you’re going to be doing it a lot longer.”

David Younger on partnerships and understanding the customer

A-Alpha Bio CEO David Younger co-founded the startup in 2017, the same year he earned his UW Ph.D. at the Institute for Protein Design.

Younger also advises startups to talk with potential customers early to find out what they want. When he launched A-Alpha Bio, Younger thought biopharma companies could use its tech that can identify millions of protein-protein interactions. But he honed in on the wrong use case: identifying potential drugs that interfere with those interactions.

The startup switched gears after talking with companies and learning they had little interest in that application. “We were able to pivot and find other applications where we really did really meet an industry need,” said Younger.

A-Alpha Bio recently inked a deal with Bristol Myers Squibb to identify interactions between proteins and the machinery that degrades them. The data may be leveraged for the development of drugs called “molecular glues.”