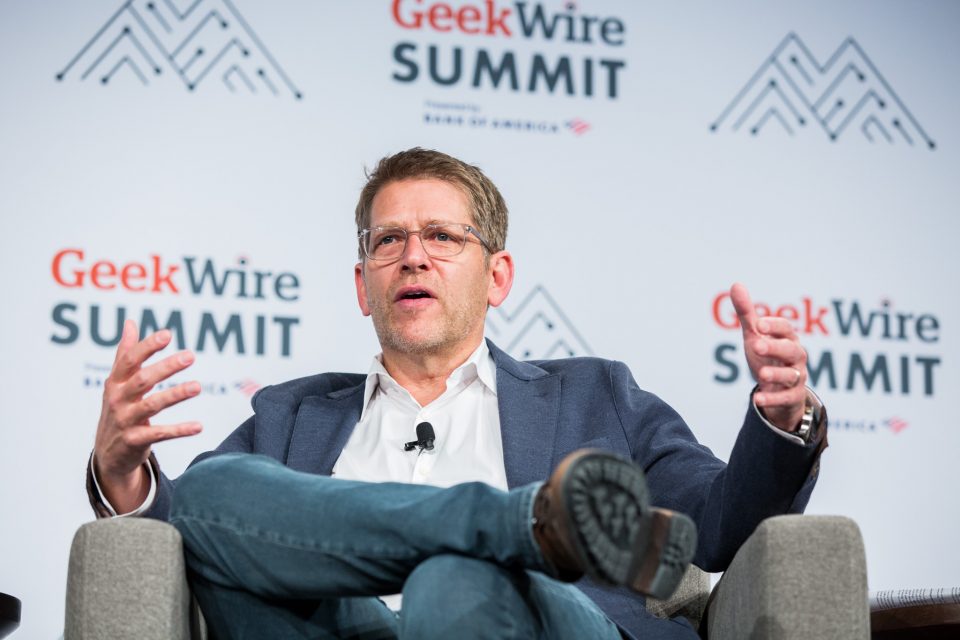 Amazon’s head of global corporate affairs Jay Carney, the former White House press secretary under President Obama, made some news of his own this week, announcing that he’s leaving Amazon after more than seven years.

Starting in September, Carney will become Airbnb’s global head of policy and communications, reporting to Brian Chesky, CEO of the travel and short-term accommodations marketplace.

On this episode of the GeekWire Podcast, we’re playing highlights from our 2019 interview with Carney at the GeekWire Summit, in which he discussed the arc of his career and his transition from politics to the tech industry.

In the past two years, in his Amazon role, Carney, has found himself at odds with the positions taken by his former boss, now President Joe Biden, on union and antitrust issues. As you’ll hear, when we spoke with him at the 2019 GeekWire Summit, he was fierce in his defense of Amazon.

He’ll now be applying his experience in tech and politics to his new role at Airbnb.

“The potential for travel to promote economic and social good has never been greater,” Carney said in a statement announcing his new job. “I’m thrilled to be joining Airbnb to help guide its work to connect communities and people through travel, drive economic participation, and help us discover that while our differences are real, they are overwhelmed by our similarities.”

In the final segment of this archival episode, you’ll also hear his comments at the event that drew a reaction from the inner circle of then-President Donald Trump and made headlines in Washington, D.C.

Learn more about the federal corruption case involving USC’s social work program and Karen Bass mayor, who acquired a full-tuition scholarship from the program. How did Bass benefit from the scholarship, and how is her relationship with USC relevant to the case?