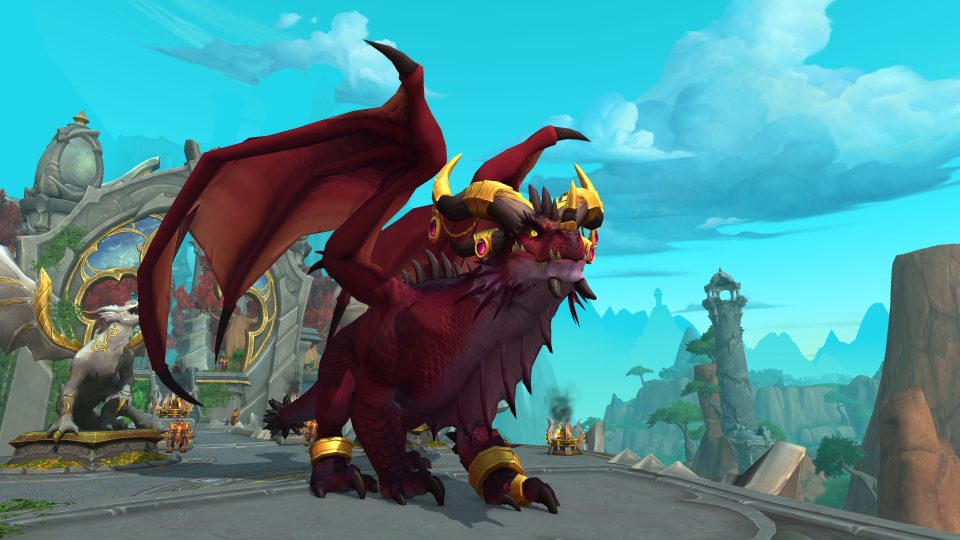 If the FTC is able to stop Microsoft’s acquisition, it’ll call off what would’ve been one of the most seismic moves in the short history of the American video game industry. Microsoft will lose out on billions in additional revenue over the course of the next decades, while Sony will retain its position as the top console manufacturer and No. 2 video game company overall.

The biggest loser in this scenario might actually be Activision Blizzard itself.

It’s not in any financial danger, and in fact, is currently on track for another big year. October’s Call of Duty: Modern Warfare II (a sequel to 2019’s rebooted Modern Warfare sub-series) moved enough units at launch to instantly jump to the No. 2 best-selling game of the year. To go by the same chart, last year’s Call of Duty: Vanguard is still the No. 9 best-selling game of 2022.

The Blizzard half of the company also released the free-to-play Overwatch 2 in October and a new expansion for World of Warcraft, Dragonflight, in November. This has been the biggest quarter for Activision Blizzard in quite a while.

However, one thing that’s been repeatedly highlighted over the course of the acquisition is that Activision Blizzard is in dire need of reorganization. Its corporate culture has come under heavy fire from current and former employees and the California state government, which has resulted in multiple lawsuits and several ongoing unionization efforts.

On the same day the FTC announced its suit against Microsoft, the Washington Post reported that the production process on Activision Blizzard’s forthcoming dungeon crawler Diablo IV has been heavily mismanaged, with developers blamed for delays and expected to put in long hours of insufficiently-compensated overtime.

Stories like this have painted a general portrait of Activision Blizzard as a high-end sweatshop, which has built its overwhelming success on the backs of employee burnout, aggressive microtransactions, and sheer brand value. Much of this gets laid at the door of Activision Blizzard CEO Bobby Kotick, whose focus on maximizing profit above all else has had a distinct impact on the company’s games over the course of the last decade.

About the only hope for any significant reform at Activision Blizzard, aside from grassroots organization, was for one of the handful of bigger fish in the games industry to somehow force Activision Blizzard to change. Now that future is in jeopardy.

In its announcement Thursday, the FTC said “Microsoft has already shown that it can and will withhold content from its gaming rivals.”

At first glance, this is an odd place to draw the line. Microsoft has published Minecraft for many rival platforms since 2014, when it acquired Mojang Studios, and recently reached a deal with Nintendo and Valve to publish Call of Duty for their platforms for the next 10 years. Of the major players in the video game space, Microsoft is visibly the least interested in “withholding content.”

The FTC’s objection comes in part from Microsoft allegedly promising European regulators that it wouldn’t make certain ZeniMax titles such as Starfield Xbox/Windows exclusives, then announcing plans to do so post-acquisition.

Even without that point, which hinges on a relatively subtle allegation buried a hundred clauses deep in the FTC’s statement, the FTC’s not wrong to get involved here. Upon a successful acquisition of Activision Blizzard, Microsoft would overtake Sony to become the No. 2 video game company in the world, as measured by overall revenue.

It’d also have control of Call of Duty, which is the single largest game franchise in the current market, as well as several other industry tentpoles like Warcraft, Diablo, Starcraft, Candy Crush, and Overwatch. Microsoft has demonstrated a relative lack of interest in leveraging its franchises in order to drive consumers to its products, but times and leaders change. A future CEO could easily use the Xbox Game Studios lineup to exert a lot of pressure on both developers and consumers.

Microsoft itself has had a difficult time defending the acquisition. It’s drawn mockery from multiple quarters over the course of the last year for its claims that Call of Duty does not have “significant market power,” despite releasing a top-selling video game every year since 2007.

In an environment where watchdogs are already concerned about increasing corporate consolidation, the Activision Blizzard acquisition is an easy, obvious target. It isn’t healthy long-term for a single company to buy its way into control of so many major franchises at once, even if that company is as comparatively hands-off as Microsoft.

You didn’t get into the University of Washington’s acclaimed computer science program. Now what? – GeekWire