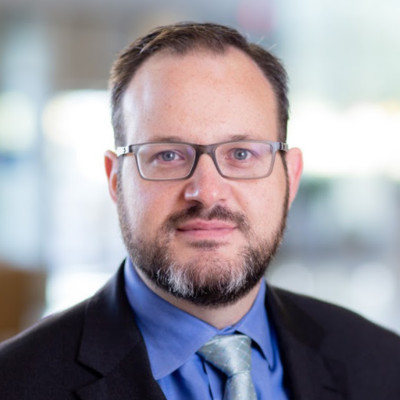 Consumerization has finally entered the healthcare realm. Patients and insurance payers don’t just want a good care experience from hospital systems; they want clarity in the form of price transparency. And they’re not the only ones.

Both the federal government and the Centers for Medicare & Medicaid Services (CMS) have set transparency expectations. Nonetheless, as The Wall Street Journal noted in December 2021, many hospitals have dragged their feet. And despite about 335 warnings from CMS, no hospitals have been fined, according to Fierce Healthcare reporting. However, it’s only a matter of time before consumer-centric healthcare and upfront hospital pricing data become the norm.

To be fair, it can be tough to get all hospital systems on the same page. Though CMS expectations ask for pricing data delivered via a comprehensive, machine-readable file, its directive has been interpreted differently by different hospital systems. There are nearly as many file formats as there are hospital systems publishing data. After all, hospital pricing can be complicated depending upon the patient’s needs, running the gamut from daily flat rates to rates based on the severity of the patient’s illnesses to bundled services that include special terms for quality of care.

Plus, the methodology for contracting and reporting will vary from one insurance payer to another. If a consultant uses bad or incomplete information to guide negotiations, the outcome can be less than accurate. For instance, our company has seen a large Arkansas provider network calculate different prices for a number of regional payers. How? It was publishing average prices, not contracted ones. This led to confusion and frustration for all stakeholders involved and required hundreds of hours of work to unwind and explain before real negotiations could take place.

Case in point: Every month, we see two to three hospitals reach price transparency compliance by sharing newly updated data files. And in Missouri, we saw one of the strongest healthcare holdouts finally start publishing its hospital pricing data in December 2021. Why? Hospitals are seeing that there is a business incentive to showcase information that complements, matches, or even refutes the pricing information payers are providing to consumers.

How Hospitals Can Improve Compliance at Faster Rates

Ultimately, it’s one thing to know that improving compliance is key to success and another to actually do it. For real change to happen, hospitals have to start by doing the obvious: begin actually publishing at least some pricing information. We often talk about the importance of “bare minimum” compliance, where the hospital is publishing some payer-specific, negotiated prices. The prices might not be all-inclusive, but the data provides a starting point for comparative, competitive analyses. Consider the 50 hospitals in California that one of our customers has analyzed. Only 15 of them have data that could be considered “fully” useful, but the remaining 35 hospitals’ partial data is hardly useless.

According to figures collected from The Washington Post, only 5.6% of hospitals were compliant with price-transparency rules as of mid-2021, but that number is likely much higher if we’re allowing for partial or bare minimum contributions. Having some pricing data is better than having none: It makes the consumer feel more empowered and encourages noncompliant hospitals to submit price transparency data, too.

It’s also key for hospital systems, regardless of the amount of pricing information they’re sharing, to source and manage data in a machine-readable format. Some haven’t gotten a handle on their data or contracts, and it’s critical that they start. To run an effective business, they have to know what they expect to get paid as well as what they actually get paid — it isn’t just about regulatory compliance.

This falls into the realm of data governance. Once hospitals have data, they can start to put it into a variety of formats so it can be easily read and utilized. Those that already have a good handle on their data may want to change their tech stack to make the data more accessible and understandable; the clearer it is, the less likely it will be misinterpreted. Ensuring upfront that it’s correct reduces the chance of errors down the road.

Finally, hospitals should get inspiration from other entities that have successfully adopted price transparency models. The most successful healthcare companies right now are those that understand and communicate clearly with their customers — not to mention have a good handle on their financial pictures. And there’s nothing wrong with hospital systems learning from their counterparts. One Utah hospital system was first-to-market to comply with regulations, reinforcing the system’s reputation for financial competence. Mimicking the steps this system took could help other hospitals get closer to the same standing.

It’s worth looking at the way academic medical institutions are handling regulations, too. Traditionally, these types of institutions have had to straddle many fences and share funds between classic care delivery and academic research. Those that have been successful with price transparency have discovered that they can benefit from publicizing their (often) higher price points, especially if they handle serious or complicated procedures. Patients don’t always want cheap services; many would rather opt for the best healthcare they can afford. Consequently, price isn’t the deterrent many systems and institutions feared.

Following the pandemic, people expect a more mature relationship with their healthcare providers. They’re taking a serious look at where their healthcare expenses are going, and they’re eager to browse based on both reputation and price. Hospital systems that meet CMS price transparency requirements won’t just avoid fines — they’ll reap the benefits of a stronger reputation with the people and communities they serve.

Starting A Health Tech Startup? Here Are 6 Tools To Invest In

How to Choose A Smart Movement Fitness Tracker

How Healthcare Organizations Can Rise Above the Swelling Payment Epidemic