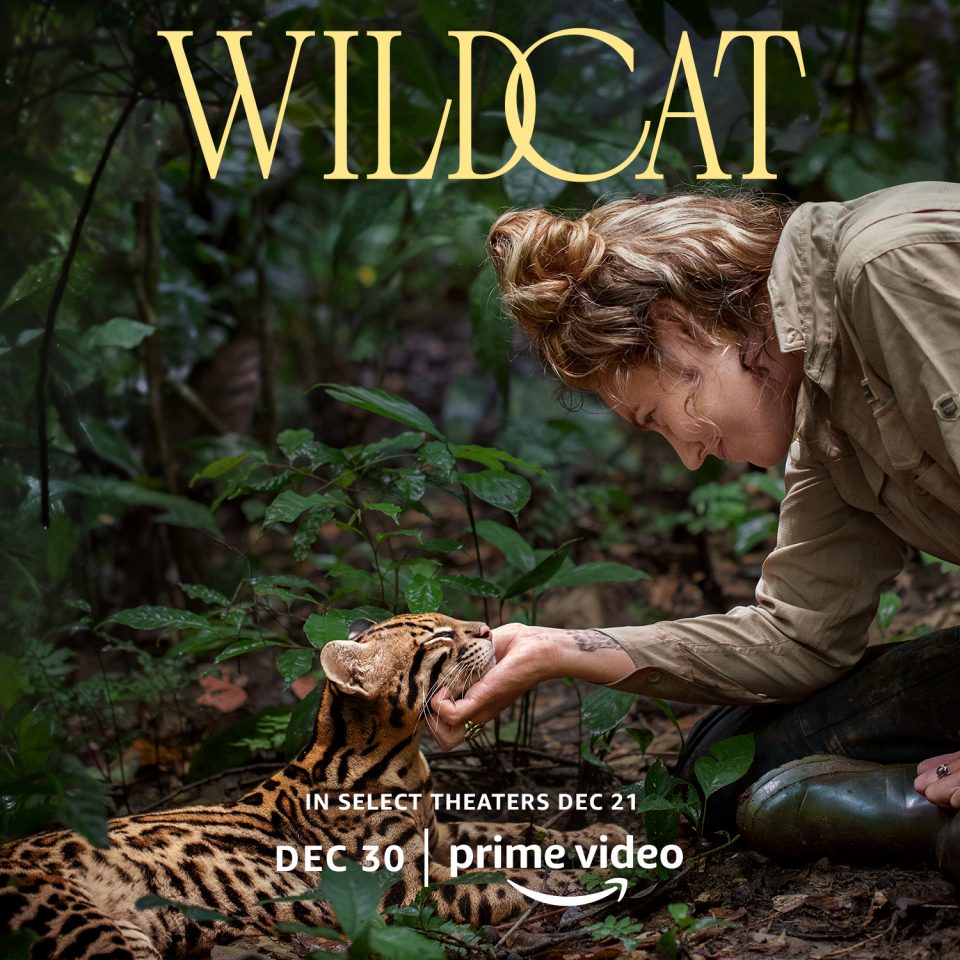 A documentary film about wildlife conservation and the redemptive power of nature, shot primarily in the Amazonian rainforest of Peru, has a connection to another Amazon — in Seattle. The film’s executive producer as well as the lead subject are also from nearby Bainbridge Island, Wash.

That trio of circumstances puts a unique focus on the latest project from Steve Hall, a longtime venture capital investor who has been inspired across a variety of interests — tech, conservation, filmmaking, music — by Paul Allen, the late Microsoft co-founder who was Hall’s boss at Vulcan Capital.

Hall is one of the backers of “Wildcat,” a film that follows Samantha Zwicker, an ecologist and founder of Hoja Nueva, a nonprofit working to address threats to the biodiversity of the Peruvian Amazon. The story tracks Zwicker’s relationship with Harry Turner, a traumatized veteran of the war in Afghanistan, and their efforts to help an orphaned ocelot rescued from the black market.

Zwicker has bachelor’s and masters degrees from the University of Washington and is working on completing her doctorate in quantitative ecology. Hall has been a donor to Hoja Nueva for several years and now sits on the board. When he heard two filmmakers wanted to tell Zwicker’s story, he jumped at the chance to be involved.

“I’m very passionate about what Hoja is doing, and Samantha is a real role model for the next generation of women scientists,” Hall said. “She’s kind of a Jane Goodall of carnivores in that region.”

The film is the first feature documentary for directors Melissa Lesh and Trevor Frost, and Hall equated it to the startup world. His initial capital helped kick things off before a production company named 30West put up the bulk of the financing.

“It’s like betting on your first founding team,” Hall said.

“Wildcat” is not his first involvement with making a film. Hall was the lead investor and executive producer in 2021 on “East of the Mountains,” the film based on the best-selling novel by David Guterson. That experience taught Hall how investing in movies differs from his years investing in tech.

And Amazon Studios is certainly no stranger to the industry as the tech giant’s Hollywood arm has become a major player in film and television production and the acquisition of noteworthy projects. One report put Amazon’s price tag for “Wildcat” around $20 million.

Hall admitted his own bias for the film, but said Amazon was “a welcome partner” that was clearly interested in a “very moving, powerful story.”

“Films, like venture deals, are incredibly risky so having Amazon purchase and distribute the film is a very lucky and fortunate outcome and will help us get the story out to a large audience,” Hall said.

“Wildcat,” which was shot primarily in 2018 and 2019, first premiered at the Telluride Film Festival in September and has been active on the film festival circuit since. It’s at the International Documentary Film Festival in Amsterdam this week and Hall and Zwicker will also show it off to a hometown audience on Bainbridge Island on Thursday. A sold out screening and Q&A will take place at the historic Lynwood Theatre.

The film will have a theatrical release before it premieres on Prime Video on Dec. 30.

Hall, who was managing director at Vulcan Capital for nearly 20 years, now serves as venture partner at the Vulcan spin off Cercano Management. He sits on the boards of the Allen Institute and the Allen Institute for AI and he’s the founder of his own Two Bridge Ventures.

Working with Allen for more than 15 years, Hall was inspired by the billionaire philanthropist’s ability to engage in so many areas outside of his original core focus and background in technology. Allen’s support for films such as “Racing Extinction” and “Ghost Fleet” are in line with what Hall is hoping for with “Wildcat.”

“What I found most striking and tried to apply is to take your expertise in one field and help [make an impact] in another field,” Hall said.

Hall has another documentary project in the works. The 15-second pitch is that the subjects are seeking to find some rare stolen stamps that were buried in the basement of an apartment building in Poland by a Nazi officer during the Holocaust. The doc-series focuses on an effort to locate the stamps and return the property to the rightful heir.

PREVIOUSLY: Seattle investor who worked — and rocked — with Paul Allen goes viral with his cover of a grunge hit

All this talk of movies and Paul Allen does not lead to any storybook ending, at least when it comes to Hall, for the beloved Cinerama movie theater in Seattle.

Asked whether he had any interest in upholding that part of Allen’s legacy, Hall said owning the theater, closed and in limbo since early in the COVID-19 pandemic, sounds like a daunting task.

“As much as I love movies, and as much as I’d like to believe the future of the theater-going experience will continue, that’s a challenging business,” he said, citing real estate costs, electricity costs, staff costs.

“I didn’t grow up in Seattle, so I don’t have the nostalgic connection that others do and that Paul had,” Hall added. “It’s an incredible icon and I have great hope and trust that it will have a good future. I know there’s lots of people thinking about that. Just not me.”