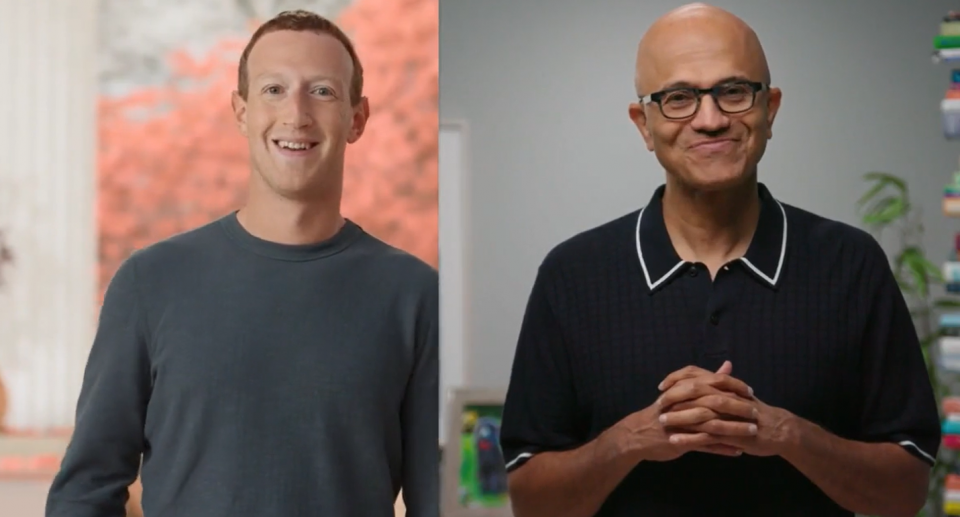 Satya Nadella, Microsoft’s CEO, outlined the plans during a surprise appearance with Mark Zuckerberg as part of the Meta CEO’s keynote address at the Meta Connect virtual conference Tuesday morning.

Here’s what they announced:

“You will be able to play 2D games with your Xbox controller projected on a massive screen on Quest,” said Nadella, wrapping up the joint appearance with Zuckerburg. “It’s early days, but we’re excited for what’s to come. Who knows, the next time we talk, maybe we’ll be playing flight simulator together in VR.”

Microsoft has pursued its own vision for the metaverse, through its HoloLens headset and Mesh mixed reality platform, but the company under Nadella has repeatedly struck partnerships with ostensible rivals.

The Meta partnership “complements our commitment to HoloLens,” Microsoft’s Teper said in his post.

Facebook/Meta and Microsoft are no strangers, dating back to the Redmond company’s $240 million investment in Facebook in 2007, part of a broader strategic relationship between the companies at the time. Microsoft no longer holds that stake.