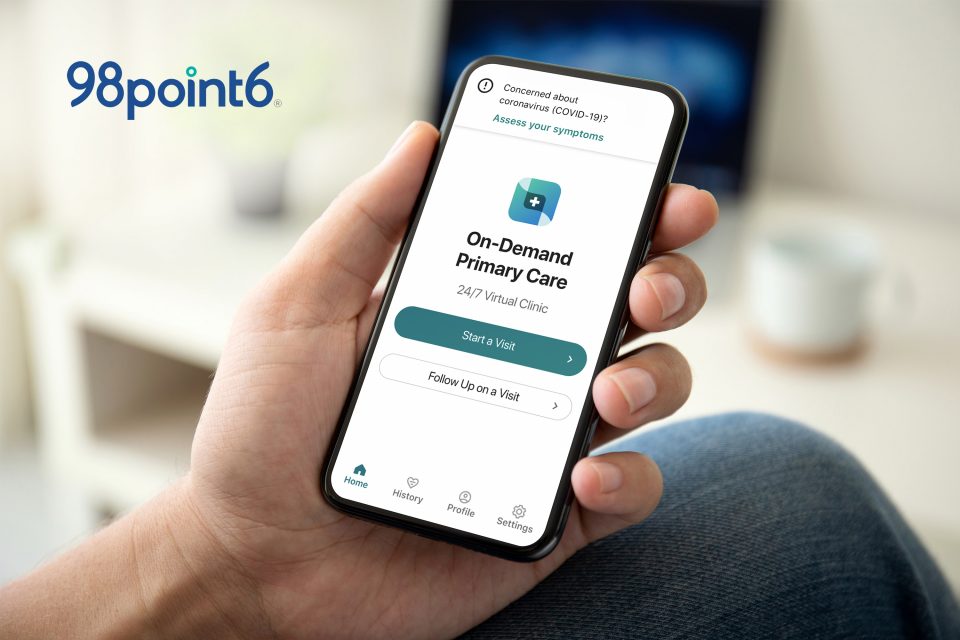 Seattle-based 98point6 recently laid off 10% of its workforce, but the telemedicine startup remains in “growth mode,” according to a human resources executive at the company.

The company confirmed the cuts to GeekWire on Thursday, but did not provide any specifics on how many people were let go, which positions were affected, or what prompted the layoffs.

“On July 6th, 98point6 executed a reduction in force to align with the future needs of the business,” Cami Blumenthal, vice president of people, said in an emailed statement. “While we’re disappointed to say farewell to members of our team, we remain in growth mode and are hiring for roles across our medical and technology groups.

“We continue to express gratitude to all the employees impacted by this decision and thank them for their contributions in helping us to achieve our mission of delivering equitable access to primary care,” Blumenthal added.

The startup employs 343 people, according to LinkedIn. A former employee who was part of the recent round of layoffs said on LinkedIn that the entire creative team was slashed. Another former employee said many members of the marketing team were also let go.

LAYOFF TRACKER 2022: A regularly updated list of layoffs in Seattle and the Pacific Northwest.

Many startups are cutting staff in order to reduce costs and extend runway amid the broader economic downturn. Seattle startups such as Convoy, Flyhomes, Qumolo and Rad Power Bikes have all had rounds of layoffs this year.

Founded in 2015, 98point6 launched to make connecting with a physician as “simple as sending a text or doing an online search.” In 2020, its membership base skyrocketed by 274%, fueled by demand during the pandemic.

The company provides primary care in all 50 states, connecting users in real-time to its doctors alongside an AI-powered chatbot, texts, and digital images. Its customers include giant corporations such as Boeing, as well as many health plans and health systems. It also goes direct-to-consumer.

The startup is led by Jeff Greenstein, who became the company’s permanent CEO after taking over interim leadership duties following the departure of former CEO and co-founder Robbie Cape in August.

98point6 ranks 28th on the GeekWire 200, our list of the top tech startups in the Pacific Northwest.

In October 2020, 98point6 raised more than $118 million in a Series E round led by private equity giant L Catterton and late-stage investment firm Activant Capital. Goldman Sachs, an existing investor, also participated. The raise put the company at a $518 million post-money valuation at the time, according to PitchBook.