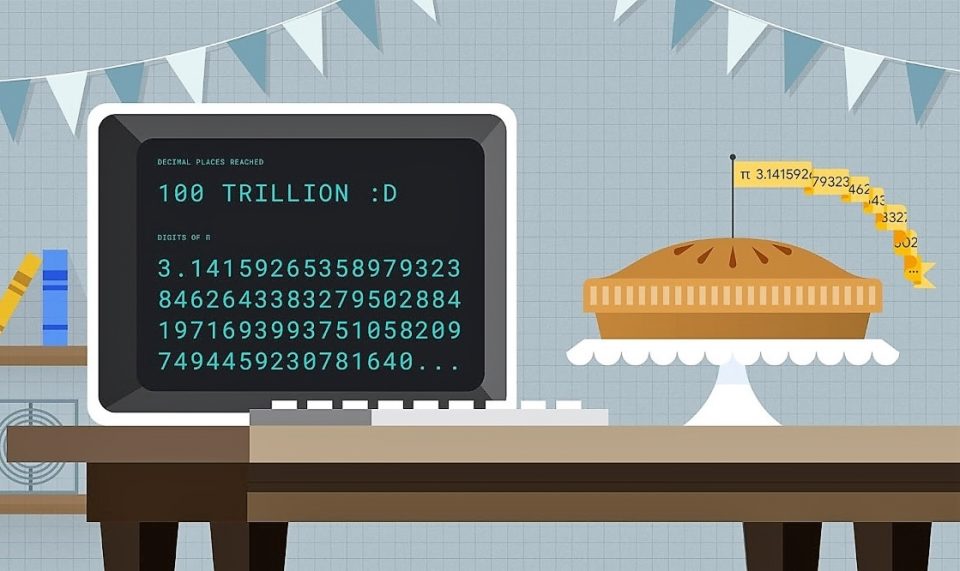 Three years after Seattle software developer Emma Haruka Iwao and her teammates at Google set the world record for calculating pi precisely, they’ve done it again. Thanks to Iwao and Google Cloud, we now know what pi equals to an incredible precision of 100 trillion digits.

Mathematicians have been working out the ratio of a circle’s circumference to its diameter for millennia, going back at least as far as the Babylonians (who figured it at 3.125). It’s important for scientists and engineers to know the irrational number’s value with a high degree of precision, but beyond a certain point, it’s really all about showing how well an algorithm or a computer network can handle more practical problems.

That’s what motivated Iwao’s team to do the calculation to an accuracy of 31.4 trillion digits (pi times 10 trillion) back in 2019. As a developer advocate for Google Cloud, what better way to demonstrate the power of your cloud computing service than by leading the pi pack?

Since 2019, the state of the art in computer science and engineering has been moving forward at an accelerating pace. The Google Cloud record was broken less than a year later, and in 2021, that record was broken in turn (with a precision of 62.8 trillion digits, or pi times 20 trillion).

The state of the art has been moving forward at Google Cloud as well.

“By combining all the new features that were introduced in the last three years, I thought we would be able to break a record again, and not just by a few digits, but by a good margin,” Iwao told GeekWire. “We thought, OK, 100 trillion sounds reasonable, and a significant advancement over the past record.”

Thanks to upgrades in Google Cloud’s Compute Engine and increases in throughput, Iwao and the Google team were able to get 100 trillion digits in 157 days of calculation time, which is just a little more than a month longer than the 121 days it took for the 31.4 trillion-digit calculation in 2019.

For numbers geeks, here are the final 100 digits of the result, ending with zero as the 100 trillionth digit:

Iwao suspects it won’t be long before yet another record is set.

“Computers continue to get better,” she said. “So does the Google Cloud infrastructure. We have some limits. Y-cruncher has certain limits, and we are well below those limits. … There are a lot of people out there who want to target more digits of pi, including me.”

It’s not just about the raw numbers: “I’m really looking forward to more advancements and shifts in computer science and engineering, as well as in algorithms and mathematics,” Iwao said.

Those advancements can be applied to down-to-earth computing tasks as well as pi-in-the-sky problems.

“You might not calculate pi to a trillion digits, but you have some other problems and applications you want to run on the cloud or on computers,” Iwao said. “It could be some scientific research, it could be multimedia, transcoding, 3-D rendering, gaming, anything. Communicating new technologies, new hardware and architectures to developers and practitioners is one of my focus areas.”

And who knows? Maybe someone can find real-world applications for 100 trillion digits of pi. “I’m actually looking forward to hearing from people who look at the website and come up with new ideas,” Iwao said. “We publish all the numbers … and see if there’s anything they can do with those numbers.”

Everything you need to know from Microsoft’s Xbox showcase – GeekWire