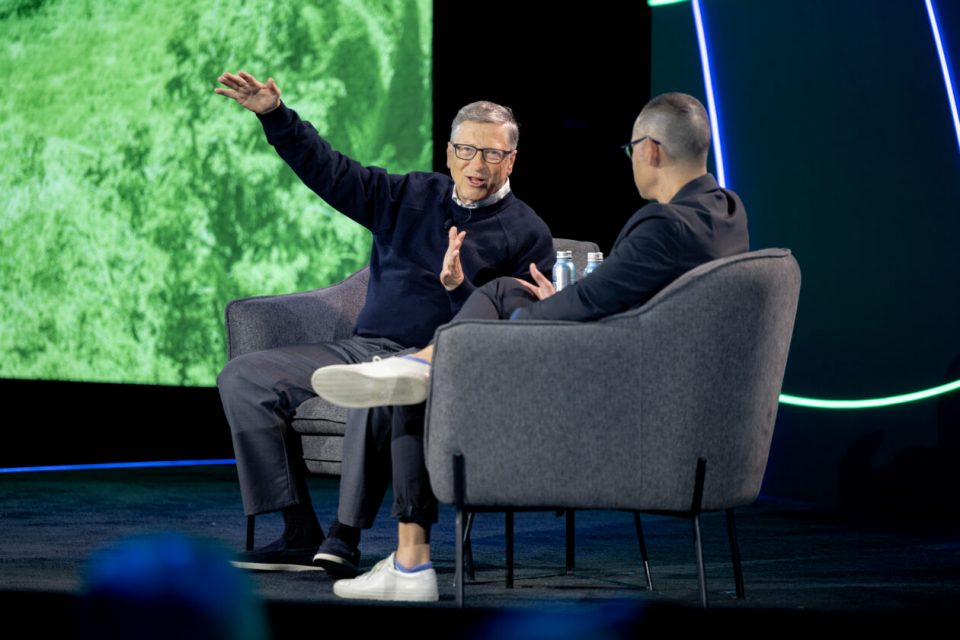 Inside a Seattle waterfront center cloaked in wildfire smoke, climate tech innovators and investors came together this week at the Breakthrough Energy Summit.

The event was a chance to share news about cutting-edge technologies being developed and deployed to help save a warming Earth. They included dairy proteins produced by plants, fish-safe hydro-power turbines, airplane fuel made from corn waste, and carbon-negative cement.

The summit was organized by Breakthrough Energy, a Bill Gates-led initiative that is providing funding, research, mentoring and policy support for decarbonizing tech. The platform’s venture capital arm has raised more than $2 billion in funding and invested in 105 companies. An additional $1 billion is being issued as grants and low-return capital to companies in its catalyst program. Its fellows initiative has matched 63 business and innovation experts to develop nascent tech.

One would expect an upbeat vibe the event, which hosted 700 attendees from around the globe — and it largely was.

More than a dozen entrepreneurs exhibited their technologies, and some of their planet-friendly food products were served in conference meals. There was enthusiasm about the growing VC appetite for climate and clean energy ventures, which last year attracted a record-setting $64.6 billion in investments, according to PitchBook.

But excitement over progress in the sector was tempered by concerns around troubling current events. The war in the Ukraine. Supply chain choke points. Economies in recession. Devastating flooding in Pakistan. Many cautioned that while the world is making some progress pulling carbon from the energy grid, transportation, buildings, agriculture and manufacturing, it’s not nearly enough to reach scientifically-backed goals.

The summit provided viewpoints on climate progress and prospects from leaders in corporations, government and VC. Here are some of the takeaways.

Gates acknowledged the massive challenge of climate change, but mostly focused on advancements.

Smith spoke about the essential role of corporate action in climate change.

Kerry, who is on the front lines of international climate policy, acknowledged the scale of the challenge that the world faces in essentially electrifying every aspect of modern life and running it on clean energy.

Granholm promoted the three significant U.S. climate bills that have passed during the Biden administration (Inflation Reduction Act (IRA); CHIPS and Science Act; and the Bipartisan Infrastructure Law), and noted that globally, the Ukraine war could help drive the installation of clean energy.

Fink is concerned that not enough money is being spent on climate solutions, and called out global financial organizations including the World Bank and International Monetary Fund to focus on clean tech in low- and middle-income countries.