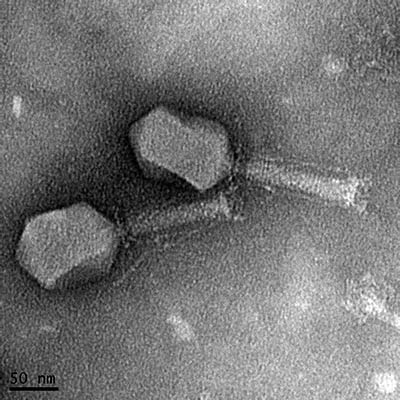 A Seattle DNA analysis startup is taking on a project with global ambitions with $5.5 million in new funds from the Bill & Melinda Gates Foundation and the U.S. National Institutes of Health.

Phase Genomics will catalog the diversity of viruses that infect bacteria in samples from the human gut and wastewater. The team will determine which viruses infect which bacteria worldwide, addressing “one of the largest blind spots in biology,” said CEO Ivan Liachko in an interview with GeekWire.

The resulting database could be used to develop new therapeutics and potentially to build a surveillance system to detect microbial threats and respond to them.

Viruses that infect bacteria, called bacteriophages, are everywhere. They can produce gut-busting toxins or encode antibiotic resistance genes, and they can also prey on bacteria and kill them. There are an estimated 1031 bacteriophage on the planet: they are the earth’s most abundant and diverse biological entities, scientists say.

Bacteriophages can also be useful to people. They are being studied as therapeutics to destroy unwanted bacteria and they have been modified to attack cancer cells. Scientists are testing phages, their short-hand name, as treatments for antibiotic resistant infections.

But much remains unknown, including which phages infect which bacteria. Only a few hundred such interactions have been uncovered, said Liachko.

Phase Genomics aims to build a repository of virus genomes and their bacterial hosts that is “orders of magnitude” larger than what’s already known, said Liachko, who built Phase Genomics into a 30-person company since co-founding it seven years ago.

At the time, Liachko was a University of Washington postdoc. And Phase Genomics was a tiny company in a former supply closet, run by Liachko and his old Dungeons & Dragons buddy Shawn Sullivan, a co-founder and former Microsoft engineer.

Since then, Phase’s kits and services have been used to sequence everything from the platypus genome to microbes in deep sea vents, and it markets products to support cancer and genomics research. (Phase also has matched employee contributions to relief efforts in Ukraine, where Liachko was born.)

Last year Liachko’s computational team developed a new kit feature that enables users to match phages to bacteria. This January, they published a version of their technique in Nature Biotechnology with colleagues.

Key to the company’s core technology is a method called proximity ligation, which involves chemically sticking pieces of DNA together that are near each other in a cell or bacterium. The method ligates the DNA of bacteriophages and nearby bacterial DNA, which are joined in the DNA sequencing readout. Analysis of the large datasets enables researchers to understand which phages infect which bacteria.

The team can “pull out viral-host genome information by the buckets,” said Liachko.

The new project aims to provide the foundation for a surveillance system that could identify and respond to emerging microbial threats worldwide. Liachko envisions “a biodefense shield on a global scale.”

“Using our tech, you can figure out which bacteria are carrying antibiotic resistance, and now you have an arsenal against them. Now you can make phages to kill them off,” said Liachko.

Phase Genomics is also partnering with researchers performing fecal microbiota transplantation (FMT), the transfer of stool from a healthy donor. FMT is used to treat Clostridium difficile infections and is being tested in hundreds of clinical trials.

Company researchers are assessing the population of phages and bacteria in patients before and after the procedure. Perhaps they will find phages that cull harmful bacteria and ultimately substitute for FMT, said Liachko.

“Why does a particular virus choose a particular host? Once you figure out those rules, you can do predictive design,” he said. The result could be an array of potential new therapeutics for a variety of conditions.

The Gates Foundation is contributing $3.5 million to the project, building on previous funding to the company, and the NIH is providing $2 million through a recently announced small business grant.

Phase Genomics will own the database but make it available to certain groups at cost or free through global access agreements.

Individuals who volunteer stool samples for the project will have access to their results, showing the microbial diversity of their gut. The company is building up its global network of collaborators and recruiting sample donors.