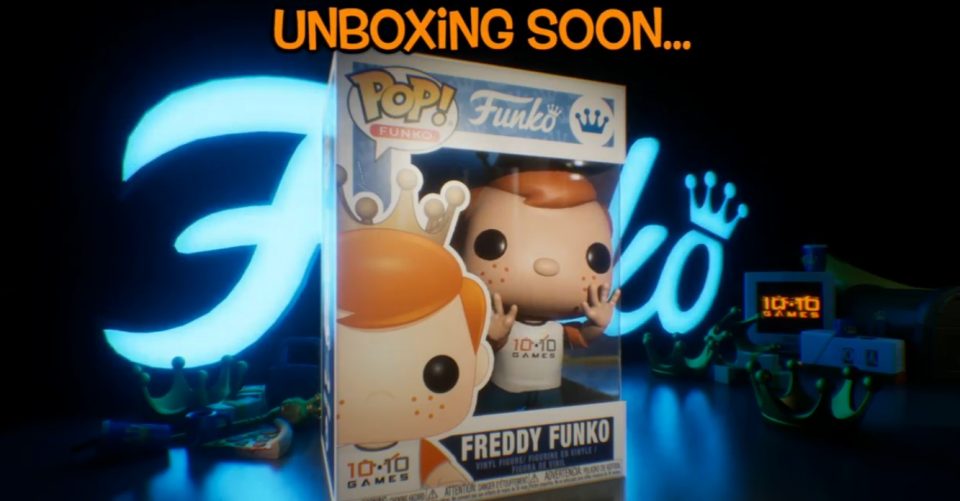 In collaboration with new studio 10:10 Games, headquartered in Warrington, UK, Funko will produce an as-yet-untitled “AAA Action Platformer” for release in 2023.

“Creating iconic products that emotionally connect fans to their favorite fandoms is critical to each product portfolio decision,” said Andrew Perlmutter, Funko’s CEO, in a press release. “By partnering with 10:10 Games and utilizing the best creators in the business, we will have the talent to deliver games that reflect Funko’s unique look and feel across its lines and varied products.”

Funko announced the news Sunday at the San Diego Comic-Con.

The unnamed game is planned for both consoles and PC and is expected to be aimed at a teenage audience, with a Teen rating from the Entertainment Software Ratings Board. It also features “major third-party studio integration.” We’ve reached out to Funko to ask what that means in this context.

This will be Funko’s first video game project, as well as the debut release from 10:10 Games. The latter company was created in August 2021 by Jon Burton, who previously founded the British studio Traveller’s Tales in 1989.

The best-known games from Traveller’s Tales are by far its Lego series of licensed adaptations, which include Lego Marvel’s Avengers, Lego The Hobbit, Lego Harry Potter, and the massive Warner Bros.-themed crossover Lego Dimensions. While at the company, Burton wrote, directed, and/or designed 20 Lego games, as well as producing four Lego movies. He collected a British Academy of Film and Television Award in 2012 when Lego Batman 2: DC Super Heroes was awarded Best Family Game.

Given Burton’s body of work to date, the safe bet is that Funko’s debut game will be “Lego, but Funko-themed”: an action/adventure title that features the characteristically big-headed Funko Pop designs getting up to shenanigans.

Funko’s initial announcement, as noted above, is careful to say that its first video game project will be an “AAA” release. While the exact meaning of “AAA” in a video game context tends to differ depending on who’s using it, it generally means a project with significant funding and a large development team, aimed at a mainstream audience.

Funko recently attracted a $263 million investment in May.

Attendees at this year’s San Diego Comic-Con could see where some of that money had gone, with Funko announcing a “brand takeover” of the show. This included three full booths dedicated to a “fan-focused community experience” called Funkoville; a panel at the con with celebrity guests Rosario Dawson (The Mandalorian), Simu Liu (Shang-Chi), and William Zabka (Netflix’s The Karate Kid); and a full record store on the show floor run by Mondo, which Funko acquired just last month.