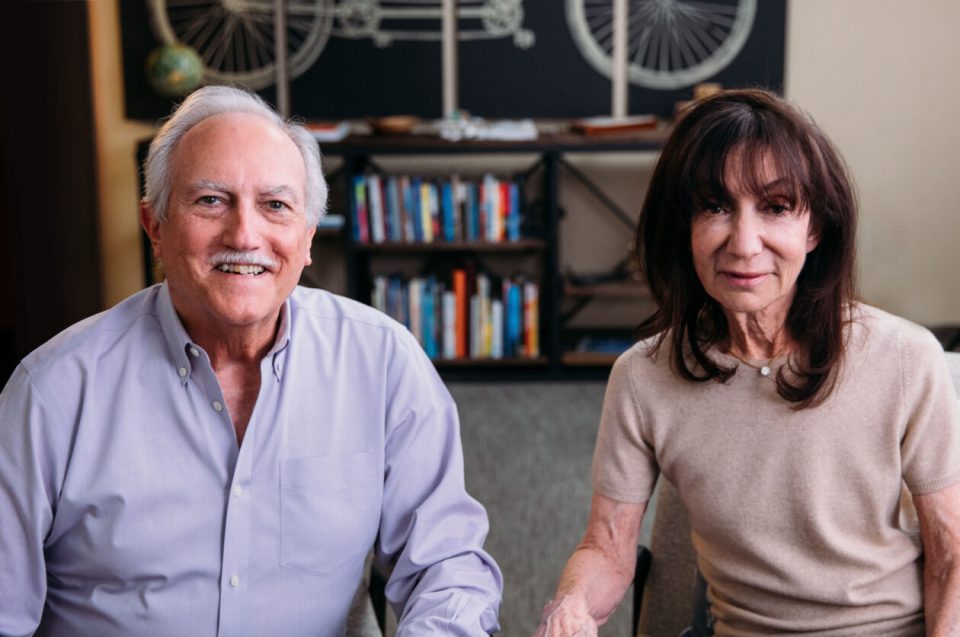 Fred Hutchinson Cancer Center on Wednesday announced an enormous philanthropic gift of $710.5 million from Jackie and Mike Bezos, the parents of Amazon founder Jeff Bezos, pledged on behalf of the Bezos family.

“This is a transformative gift,” said Dr. Thomas Lynch, Fred Hutch president and director, in an interview with GeekWire. “It is going to allow us to accelerate the pace and scale of research in both cancer and infectious disease.”

The pledged gift is the largest in the 47-year history of the Seattle research institution, surpassing the $78 million committed this September by Stuart and Molly Sloan.

The new gift builds on about $68 million in previous contributions from the Bezos family to Fred Hutch, much of it focused on cellular immunotherapy.

It will support endeavors across Fred Hutch, from basic science to clinical research. The funding is slated for several key priorities over the next ten years:

Mike and Jackie Bezos were encouraged by a recent agreement to align cancer care at Fred Hutch and UW Medicine, the medical system affiliated with the University of Washington, and coordinate research more closely between them. They were also inspired by Seattle’s response to COVID-19, said Lynch, which was driven in part by leadership from Fred Hutch in vaccine testing, epidemiology and other areas.

“Science, particularly cancer and virus research, is at such a pivotal point right now,” said Mike Bezos in a statement. “We hope our investment in the Hutch leads to answers for the most pressing medical questions. We also hope this inspires others to join us now in pursuing scientific and medical breakthroughs.”

Jackie and Mike Bezos invested early in Amazon, writing their son a check for $245,573 in 1995. Their stake may have been worth almost $30 billion in 2018, according to Bloomberg.

The family’s previous gifts helped spur the research that led to Seattle’s burgeoning cellular therapy industry, which has origins in Juno Therapeutics, a company that spun out of Fred Hutch, Seattle Children’s and Memorial Sloan Kettering in 2013.

“This is a great thing for Seattle,” said Lynch. “We are really trying to create the world’s greatest cancer center. We’re very confident we’re going to get there.”

Lynch spent many hours speaking with Jackie and Mike Bezos in their Seattle area home about what moves them, he said.

The boost in funding for immuno-oncology will dovetail with the Hutch’s growing focus on precision oncology, which aims to assess the biological makeup of cancer in each individual. “This future of bringing together these two worlds is something I think Seattle and the Hutch are going to be well known for,” said Lynch.

The gift, powered by the success of Amazon, also showcases the intersection between Seattle’s tech and life sciences sectors, said Matt McIlwain, managing director of Seattle’s Madrona Venture Group and a member of the Fred Hutch advisory board.

“It’s so amazing to see incredible science and translation work rewarded with a game-changing gift,” McIlwain told GeekWire. “It will advance the intersection of life sciences and data science here in Seattle and around the world, including basic science, prevention, translation and life changing cures.”

McIlwain, who served as Fred Hutch board chair until 2020, also praised UW Medicine and Fred Hutch leaders for completing a restructure that increases collaboration. That agreement also set the stage for the Sloan donation.

Fred Hutch leaders anticipate that the Bezos family gift will inspire other donors to come forward. They expect their renewed research efforts to require $3 billion in philanthropy over the next ten years.

“We hope this announcement highlights the science happening at Fred Hutch as they pursue a future where cures exist for cancer and infectious diseases. It is also a call to action to support the science and be a part of the next breakthroughs,” said Jackie Bezos in a statement.

Jackie Bezos raised Jeff as a single mother before marrying Mike Bezos, who adopted him. Mike Bezos immigrated to the U.S. alone from Cuba at age 16 and later worked for Exxon Mobil in engineering and managerial positions.

“When we come together, we are bigger than the problems facing us. Let’s make the impossible, possible,” said Jackie Bezos.