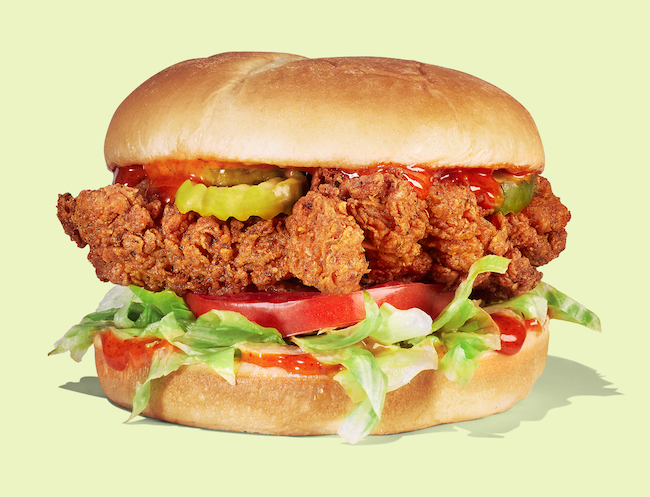 Before co-founding Seattle telehealth startup 98point6 back in 2015, Robbie Cape was weighing whether to use his tech know-how to pursue a healthcare-related idea, or something focused on the environment.

Healthcare won out, and Cape spent six years running 98point6 as CEO, where he helped the startup raise nearly $250 million and meet increased customer demand during the pandemic.

Cape was forced out of 98point6 by the company’s board last year in a surprising departure. That gave him another opportunity to revisit the desire to work on something good for the planet.

Before you balk — or, bawk bawk — at the notion, Cape’s not just pecking around blindly. He’s passionate, and he’s applying lessons learned from years at Microsoft and as a startup founder and leader.

“Most people dream about a restaurant or they dream about a certain kind of food that they want to perfect,” Cape said. “And what I was dreaming about, as a technologist, was something that I could do to impact the environment.”

The dream is Mt. Joy, a fast-casual restaurant chain that will rely on sustainable farming practices and locally sourced ingredients to disrupt the agriculture and food industries from start to finish. Cape is teaming with a heavy hitter in Ethan Stowell, the Seattle restaurateur behind such establishments as How To Cook a Wolf and Tavolàta.

The inspiration to put things in motion came while Cape was watching the 2020 documentary “Kiss the Ground,” a film narrated by actor Woody Harrelson about the practice of regenerative agriculture and its potential to combat climate change by improving the organic makeup of soil and removing carbon from the atmosphere.

“My brain was just on fire with thoughts about this form of farming,” Cape said, reiterating what he told Seattle Met magazine in a story last week. “I was mostly wondering, ‘If this is so great, why aren’t more people doing it?’”

Cape said that as a meat eater, he was particularly interested in how regenerative agriculture applied to raising livestock. Looking for answers about how to combat industrial farming techniques in the U.S., he researched and reached out to countless farmers. He was surprised when he ran into one who told him the best way to get more farmers to farm sustainably: launch a fast food restaurant.

Cape was struck by the irony, that a demand for cheap food produced at a mass level could perhaps help end the problems it started.

The “cheap” in cheap food will likely be relative to location and demographic, and Cape said it will have to be better for the planet and for the workers up and down the food chain — from the farmers to the processors to the restaurant staff.

Looking for a food industry pro with pull in Seattle, Cape, who had never met Stowell, reached out cold through the restaurateur’s website, and landed an initial meeting.

“The concept I presented to him was a fried chicken sandwich that is good for the environment, where if we can multiply this by thousands [of restaurants] we can change the way food is produced in the United States,” Cape said.

Stowell, who previously teamed with another tech vet, Matt Bell, for a restaurant inside Bell’s Seattle car geek hangout The Shop, said it took a number of meetings to get comfortable and say, “let’s do this.”

“He has something that he’s very passionate about, and he’s smart,” Stowell said of Cape, whom he didn’t just view as some random tech guy reaching out with a restaurant idea, but more as “a startup guy with a plan.”

Stowell is already the CEO of his own company and he’s looking forward to Cape running things at Mt. Joy so he can watch and learn as well. As the operator of 20 restaurants, Stowell has a hard time picturing scaling to thousands of U.S. locations for Mt. Joy, but he’s confident he can help set up the infrastructure and systems to do it.

“There’s a few things we have to do. We have to make it delicious. We have to make it within the price point that they’re expecting. And we need to tell the story,” Stowell said. “We have to get people to know that when they buy a Mt. Joy chicken sandwich that it’s actually doing something good.”

With Stowell on board as partner/advisor, and before anyone had even fried or tasted a sandwich, the two men began assembling a team that includes chef Dionne Himmelfarb as chief culinary officer, and Washington state farmer Grant Jones, the chief agriculture officer working to build a supply chain.

“That’s my first lesson — it’s all about the team,” Cape said of the startup and tech best practices he is leaning on.

After that, it’s about culture — collaboration and relationships between people on the team is ultimately going to be at the core of any success, as Cape sees it. The third lesson is that the vision and mission have to be the overall guiding lights.

“This process of reimagining some basic tenants about the industry is something that I’ve always been taught to do. It’s something that we’re absolutely doing now at Mt. Joy,” said Cape, who sold family scheduling app Cozi to Time Inc. in 2014 and previously spent 12 years at Microsoft.

Cape also attracted Justin Kaufman to his new team. The former software engineer at 98point6 is now co-founder and chief technology officer at Mt. Joy, and Cape said Kaufman wants to reimagine the entire technology experience that people have with restaurants.

Some tech Kaufman is working on includes: iPhone and Android mobile apps for guests to place orders; a kitchen display system to provide chefs a view of orders coming due; a scanner app to track orders; a backend service to automate ticket printing as new orders come up; a guest notification system to reach out to customers with order updates as well as solicit feedback.

“One of my biggest hopes is that we will be able to use technology to build meaningful relationships with our guests,” Kaufman said. “I go to a handful of restaurants multiple times per year, and each time I walk in, I am a first-time customer as far as the restaurant is concerned. I believe technology can change that experience for the better.”

Beyond working with Cape again, Kaufman wanted to work on something impactful.

“I feel a sense of helplessness when I think about what I can do to really move the needle on climate change,” Kaufamn said. “When Robbie told me his idea, it was the first time I felt like I could be empowered to actually do something that might make a difference.”

Mt. Joy is being transparent on its website about where everything on the menu is coming from in order to minimize its carbon footprint. A list of more than 40 items includes pasture-raised chickens sourced within 100 miles of Seattle to other items such as buns, vegetables, ice cream, spices and more, and the locations from which they are coming.

Mt. Joy will host a pop-up this weekend, Friday through Sunday, from 4 p.m. to 9 p.m. at the Capitol Hill Tavolàta location, 510 E. Pike St., where they’ll serve a menu of different $15 chicken sandwiches, fries, and milkshakes.

Cape hopes to have a permanent Mt. Joy location in Seattle by late 2023. Demand will dictate scale beyond that.

After leaving 98point6, Cape said he spent two or three weeks thinking about what he wanted to do next, whether it was to go build a new company, join an existing company in the healthcare space, or take the call from Amazon or Microsoft.

“I believe that more entrepreneurs need to focus their efforts on the environment. And it’s not because I’m a climate alarmist,” he said. “It’s because this is what people care about right now, they are looking for ways to make a difference. We need to be innovating around those opportunities.”