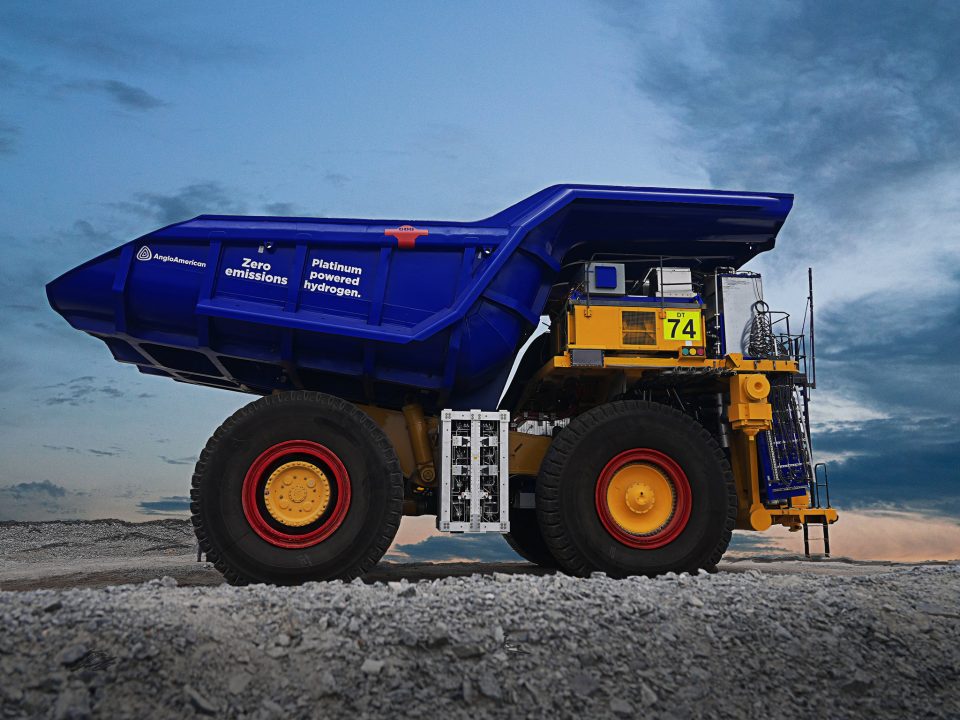 First Mode is establishing a proving grounds between Seattle and Portland to test and optimize giant zero-emission hauling trucks and the hydrogen-based infrastructure they’ll depend on.

The Seattle-based engineering venture says its leased facility at the TransAlta Centralia Mine, 85 miles south of Seattle, will include 7,500 square feet of office space and 20,000 square feet of outdoor yard space. “We plan to expand our footprint and activities in the future,” First Mode said in an emailed statement.

First Mode’s first job in Centralia will be to bring in a fleet of Komatsu 930E-4 ultra-class haul trucks and retrofit them with hybrid battery and hydrogen fuel cell power plants. Such conversions follow the model set in May, when the Anglo American mining company successfully deployed a proof-of-concept hybrid haul truck at its Mogalakwena mine in South Africa. First Mode developed the hybrid power plant for that truck, the world’s largest zero-emission vehicle.

“The First Mode Proving Grounds in Centralia is a critical next step in our mission to help heavy industry eliminate diesel and transition to clean energy,” First Mode CEO Chris Voorhees said today in a news release. “The site will support both the optimization of ultra-class haul trucks and the full infrastructure associated with diesel-free mobility and the production and distribution of clean energy.”

Developing the trucks at the Centralia Mine, a former coal mine that’s in the process of reclamation, will give First Mode the opportunity to test and analyze mine site infrastructure and operations in a true mining environment.

In June, First Mode agreed to a business combination with Anglo American’s zero-emission truck development effort — and setting up a proving grounds near First Mode’s headquarters should help the combined company scale up its U.S.-based production capabilities to meet the needs of customers across the mining industry.

First Mode and TransAlta expect to complete the transaction by the end of the year. The first Komatsu trucks are expected to arrive in 2023, and First Mode’s engineers plan to work alongside the staff at TransAlta to build out the infrastructure for battery recharging, hydrogen refueling and hydrogen production.

““We are extremely pleased to leverage our mining legacy in Washington and help innovative companies like First Mode advance mine site hauling as the energy transition unfolds,” said Mickey Dreher, president of TransAlta US. “Given the enormous amounts of metal and mineral extraction that will be required to transition away from fossil fuels, First Mode’s plan for using our Centralia mine site as a proving grounds for haul trucks has the potential to dramatically reduce emissions at mines around the world.”

Last year, a report from McKinsey & Co. estimated that 40 to 50 percent of the mining industry’s carbon dioxide emissions come from the use of diesel fuel for heavy equipment, and that the industry would need to reduce direct carbon emissions to zero by 2050 to hit climate goals.

“Encouragingly, our analysis shows that solutions to decarbonize the majority of emissions will become economic within this decade,” McKinsey’s analysts said.

First Mode’s engineering portfolio initially focused on space projects including the Perseverance rover mission on Masr and NASA’s Psyche mission to a metal-rich asteroid — but thanks to its relationship with Anglo American, the company has turned its focus to industrial-scale decarbonization.