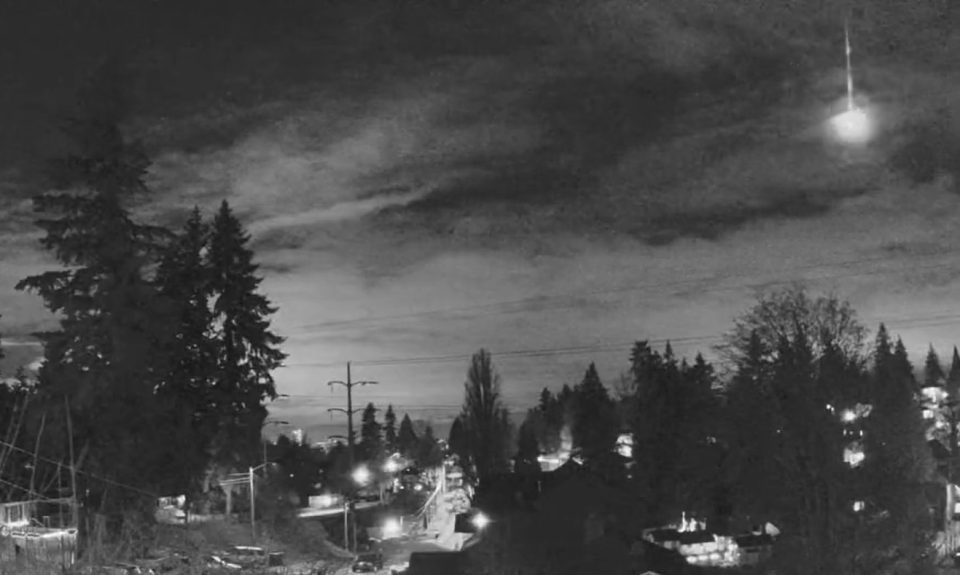 It’s cool to see a fireball — but even cooler to capture it on video. At least that’s the way Seattle engineer/photographer Corey Clarke sees it.

Clarke’s webcam happened to be pointing in the right direction to record the fireball’s flash through wispy clouds at around 11 p.m. PT Monday night. His day job at ServiceNow focuses on hardware reliability, but he’s also a photographer who specializes in wildlife shots, landscapes and views of the night sky.

Perhaps the craziest thing about the sightings is that the Pacific Northwest’s typically cloudy winter skies were actually clear enough to see the fireball.

Such fireworks flash when a piece of space debris streaks through the upper layers of the atmosphere and explodes. The increasing prevalence of dashcams and home security webcams has made it more likely that fireballs leave a digital record. Last October, for example, a huge fireball generated buzz across a swath of territory ranging from Oregon to British Columbia.

But in the grand scheme of things, such events aren’t all that rare: A website associated with the American Meteor Society typically gets scores of fireball reports every day — and if you saw Monday night’s flash, you can add your report to the list.