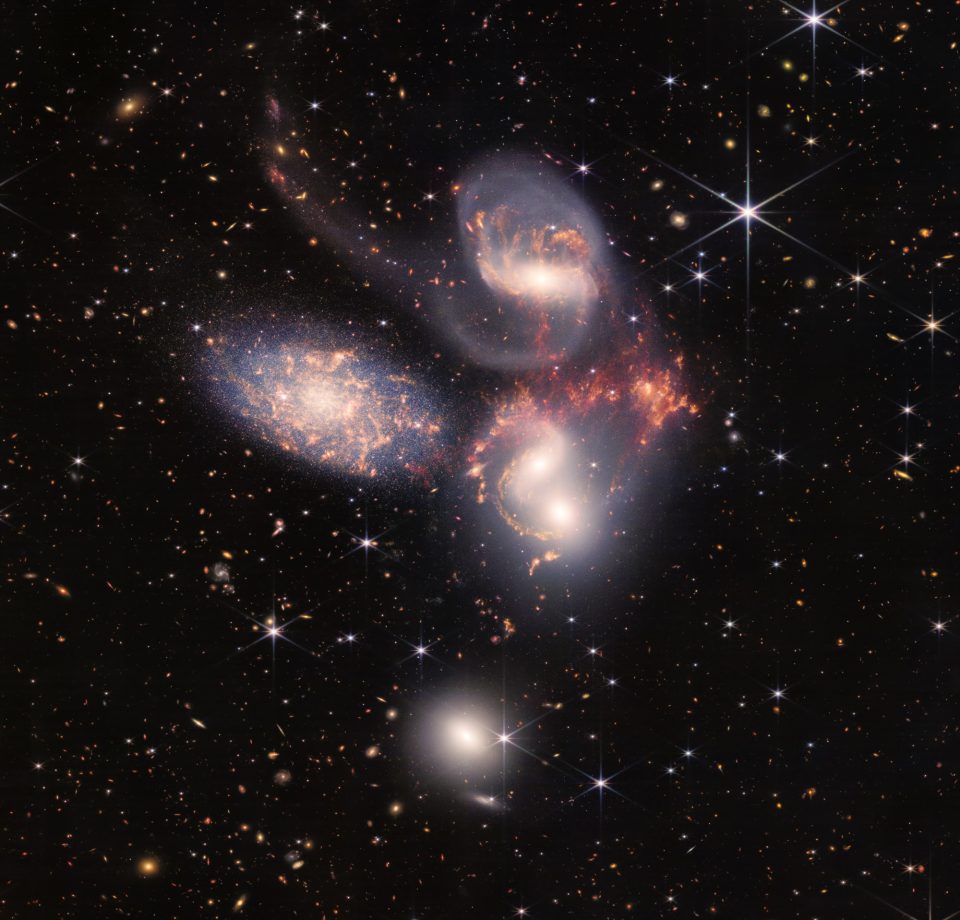 That raises hopes that the James Webb Space Telescope, also known as JWST, will deliver on its promise to revolutionize the study of phenomena ranging from the origins of the universe to the habitability of alien planets.

One of JWST’s early targets is the TRAPPIST-1 planetary system, which is 34 light-years from Earth. University of Washington astrobiologist Andrew Lincowski hopes to use the telescope to characterize the atmospheres of TRAPPIST-1’s planets.

“All I can say is, Wow!” Lincowski told GeekWire in an email. “JWST will observe deep into the universe. For planets, we look closer, and for rocky exoplanets, this will still be challenging. TRAPPIST-1 remains an excellent target, and in fact, between the observations for the telescope and instrument developers and the first round of proposals, all seven planets will be individually observed this year by JWST.”

Lincowski said this year’s observations are just the beginning.

“These first observations will begin to tease out the possibility of the existence of atmospheres on small planets outside our solar system,” he wrote. “Additional observations will most likely be needed to confirm the presence of an atmosphere or lack thereof, or to confirm the presence of specific gases and attempt to constrain their abundances. With that information, we can assess the possibility of a temperate climate that could harbor life.”

Today’s data release included a spectral analysis focusing on a different sort of planet — WASP-96 b, a “hot Jupiter” that orbits a sunlike star roughly 1,150 light-years from Earth. The spectral signature of near-infrared light filtering through the planet’s atmosphere indicated the presence of water vapor. There was also evidence of obscuring clouds or hazes.

“This is just the beginning,” Knicole Colon, an astrophysicist at NASA’s Goddard Space Flight Center, said during today’s webcast. “We’re going to start pushing down to farther, smaller planets.”

In addition to the WASP-96 b data, NASA released four sets of images, including additional data about the deep-field image that was unveiled at the White House the day before. Here’s a roundup:

JWST’s near-infrared and mid-infrared views provide a view of Stephan’s Quintet that’s sharper than Hubble’s version. The mid-infrared picture is particularly striking because it highlights the blast of light coming from the area around the supermassive black hole at the center of the uppermost galaxy, NGC 7319. The energy of the blast is equivalent to 40 billion suns.

The Southern Ring Nebula is a shell of glowing gas and dust that surrounds a dying star system 2,000 light-years away in the constellation Vela. JWST’s infrared views reveal more of the structure than the Hubble view, and the mid-infrared observations clearly show that there’s not just one, but two stars at the center of the nebula. The pictures also feature a faraway edge-on galaxy that’s visible to the left of the nebula.

JWST’s view of the Carina Nebula, 7,600 light-years from Earth, focuses on the “Cosmic Cliffs” — a dusty region where young stars are being formed. Blistering radiation from the hot blue stars in the upper half of the image is eating away the clouds of dust in the lower half of the image. But the pressure from that radiation is also squeezing still more stars into existence.

The picture known as Webb’s First Deep Field — which made its debut at the White House on Monday — shows a region of sky as small as a grain of sand held at arm’s length. Thanks to the gravitational lensing effect of a galaxy cluster known as SMACS 0723, JWST’s view includes views of thousands of more distant galaxies.

Spectral analysis has shown that light from one of the galaxies traveled for 13.1 billion years before it was captured by the space telescope — and there may be even more distant galaxies in the picture.

In an email, University of Washington astronomer Emily Levesque told GeekWire that all of today’s images were “mind-blowing and demonstrated the incredibly exciting new capabilities of JWST.”

“If forced to pick a favorite, I was actually particularly excited to see some more detailed data from the ‘deep field’ image,” she said. “One incredibly powerful tool in astronomy is spectroscopy, observing light from a star or galaxy and then sorting it out by color to identify the object’s unique chemical fingerprint.”

Levesque said JWST’s team demonstrated the power of spectroscopy by analyzing the light coming from the gravitationally lensed galaxies in the deep-field image.

“With these data, we’ll be able to study the detailed chemistry and conditions present in some of the first galaxies in the universe, the same galaxies that hosted the births of some of the earliest stars,” Leveque wrote. “A lot of my colleagues and I were gasping to each other on Twitter that these observations would have taken hours — or simply been impossible! — in the pre-JWST era. We’re all itching to get our hands on the data and to start exploring these faint and distant galaxies with such a powerful new telescope!”