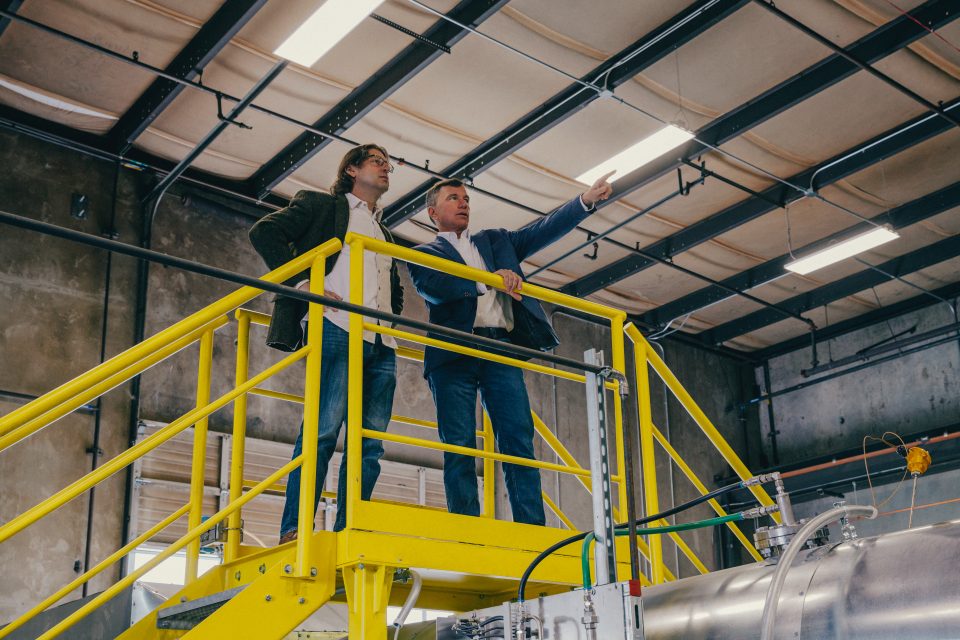 Group14 Technologies, a Seattle-area battery materials company, is embroiled in a lawsuit in which it claims that a U.K.-based company stole its “key trade secrets” for building higher performing batteries. Group14 is requesting a jury trial and seeking a halt of the alleged theft as well as damages from the defendant, a company called Nexeon.

Last week, Nexeon filed a motion with the U.S. District Court in Seattle calling the case “meritless” and asking for it to be dismissed. The legal filing describes Group14’s lawsuit as “an attempt to smear Nexeon in the marketplace.”

In its initial court filing in September, Group14 alleged that fellow battery materials manufacturer Nexeon violated a non-disclosure agreement (NDA) and used its secret, proprietary information in patent applications and to help raise hundreds of millions of dollars in capital.

“It was a big decision for us to file a lawsuit. It was our last resort,” said Rick Luebbe, CEO of Group14, by email. “If we have filed a lawsuit, you have to believe that we found the behavior to be particularly egregious, and we are confident in the outcome. The allegations in the complaint speak for themselves.”

Here’s how the situation has unfolded:

Group14 is based in Woodinville, Wash., where it built its first manufacturing facilities. It’s building additional capacity in Eastern Washington’s Moses Lake and in South Korea. The company raised $614 million in a Series C round last year. It reports being valued at more than $3 billion and has more than 100 employees.

Group14 developed a silicon-carbon scaffold that replaces graphite anodes in lithium batteries that can power everything from consumer electronics to electric vehicles. The innovation creates more efficient, faster-charging lithium-silicon batteries that, according to the company, improve battery performance by 50%.

The company’s investors include Porsche AG, which plans to use the silicon-carbon technology in some of its electric vehicles, and Microsoft’s Climate Innovation Fund, among others.

Nexeon has offices in Oxfordshire, U.K, and Yokohama, Japan. It has raised nearly $262 million and is valued at $352 million, according to PitchBook. The company’s website describes it as “a world leader in engineered silicon materials for battery applications.”

In its court filing, Nexeon claims when it met with Group14, the other’s technology was “in its infancy and faced a long and uncertain commercial future.” Nexeon alleges not all of Group14’s technology was secret, and was disclosed in patent applications and U.S. Department of Energy grant submissions.

Group14 asserts that key information was not generally available, “but rather the product of confidential research and development over many years,” according to its legal filing. To permit Nexeon’s conduct “would reward theft and deter companies from exploring potentially fruitful collaborations,” the lawsuit states.

The U.K. company suggests in its filings that if it had stolen trade secrets, Group14 would have acted immediately and not waited three years to take legal action. Nexeon indicated that Group14 had not made contact with the company after learning of the patents.

“Having failed to match Nexeon’s commercial progress (as evidenced by the increasing adoption of Nexeon’s materials by leading cell makers), Group14 seeks to put a spoke in Nexeon’s wheel through litigation,” alleged Nexeon in its motion.

GeekWire contacted Nexeon’s Seattle-based attorneys, and the company offered no additional comment at this time.

District Court Judge Thomas Zilly is scheduled to consider the motion to dismiss on Jan. 27.

Here’s the initial lawsuit filed by Group14 in September 2022:

Here’s the motion to dismiss filed by Nexeon in December 2022: