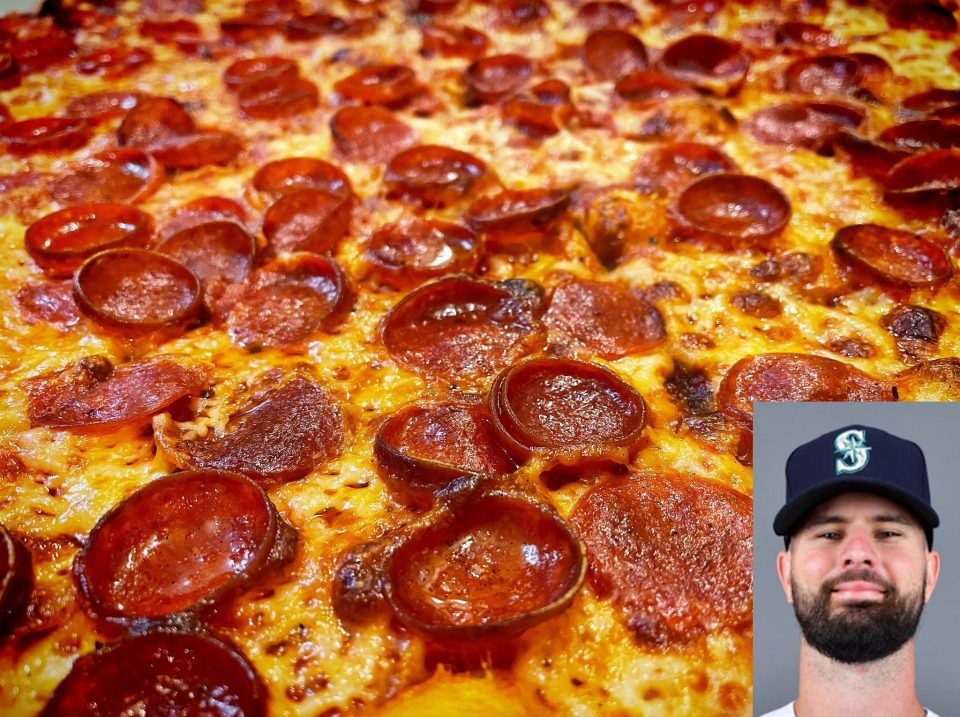 Seattle Mariners outfielder Jesse Winker had a little pep in his step on Sunday after igniting a benches clearing brawl against the Los Angeles Angels after being hit by a pitch early in the game.

The pep turned to pepperoni — with a little high cheese? — when a fan had a pizza delivered to Winker in the visitors’ clubhouse at Angel Stadium.

Mariners fan Sofie Dill turned to Twitter and DoorDash to make the special delivery and viral moment happen after she wanted to recognize Winker for standing up against the Angels.

Dill tracked the delivery as the driver made his way to the stadium on East Gene Autry Way in Anaheim, Calif.

And she shared a message from Winker confirming that the pizza made it into his hands.

But the story got even better when other fans following the saga on Twitter wanted to chip in on the DoorDash driver’s tip.

Simranjeet Singh set up a Venmo account after hearing from Dill about fans wanting to tip him, according to The Athletic. “I thought she meant like five or 10 people,” Singh said. “Money is money. Everyone needs money. So, I was like, ‘OK.’”

By Sunday night, more than 300 people had contributed, and Singh said he was “still in my dreams right now,” calling the delivery “life changing” and adding that everyone who tipped helped him “a lot, a lot, a lot.”

Singh’s wife, Gurmeet Kaur, tweeted a thank you to Dill and other Mariners fans.

The Mariners are getting in on the delivery game, too.

The team later tweeted at Dill, saying “Mariners fans are the best” and that they had a Winker jersey for her.