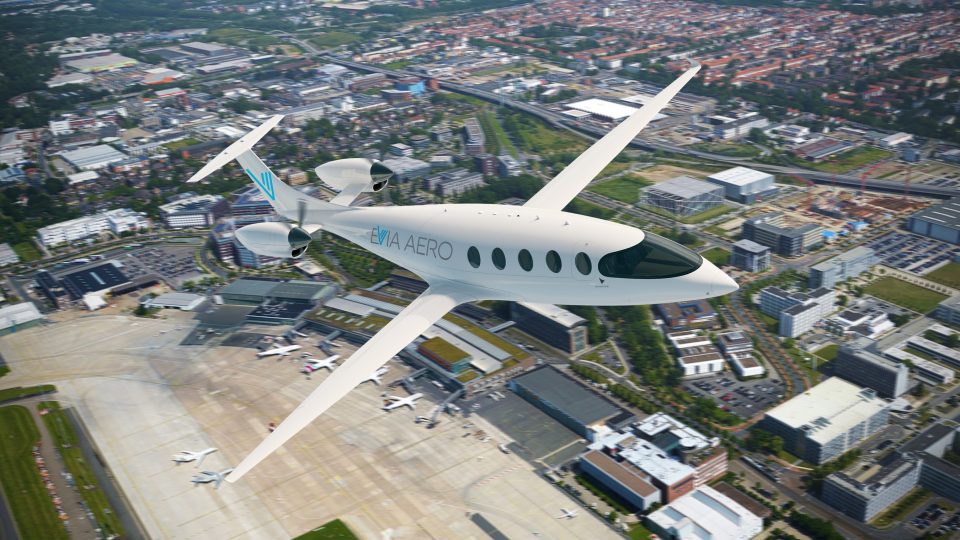 The airline hasn’t yet gone into service, but it eventually intends to use the nine-passenger Alice planes as its primary aircraft for point-to-point regional travel within Germany, Denmark, Belgium, Austria and the Netherlands.

“Together with Eviation, a pioneer of electric flight, we will introduce a fleet of zero-emission aircraft that will transform the way we experience regional travel in Europe,” Florian Kruse, founder and CEO of Evia Aero, said today in a news release. “We are deeply committed to holistically transforming the aviation industry by implementing a complete cycle of local energy generation, storage, and flight operations.”

Eviation put an Alice prototype through its first flight test last month. The plane is powered by two 640-kilowatt MagniX motors built in Everett, Wash., and it’s expected to become available by 2027 in different configurations for passenger, cargo and business-travel applications.

In addition to the Evia Aero order, the company has commitments for Alice purchases from DHL Express, Cape Air and GlobalX. Financial terms of the orders have not been announced.

Can the Kindle Scribe replace the yellow notepad? – GeekWire