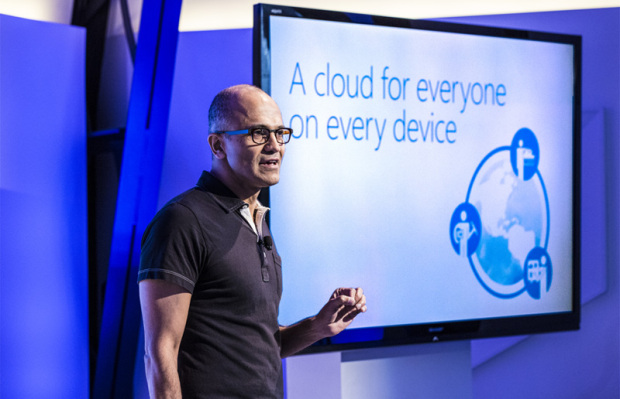 After soaring during the pandemic, the cloud is getting dragged down by the economy, and both of the Seattle region’s tech giants are feeling the impact.

The reason: business customers large and small are cutting costs and optimizing spending, i.e., making sure they’re not spending more than they need to spend, and that they’re getting the most out of what they do spend.

The results were part of a “brutal week” for the world’s largest tech companies.

Big Tech “needs to quickly adjust to a much different backdrop or [risk] losing its luster for investors that have bet on these tech thoroughbreds for the past decade,” wrote Wedbush analyst Daniel Ives in a note to clients Thursday.

Microsoft and Amazon are both slowing their employee growth overall, trying to get a handle on their own costs, mirroring the broader trend in the tech industry.

Overall enterprise spending on cloud infrastructure services in the third quarter topped $57 billion, up 24%, down from growth rates of more than 30% in past years and quarters, according to Synergy Research Group of Reno. Nev.

The strong US dollar and the “severely restricted Chinese market” were major factors, the research firm said.

“It is a strong testament to the benefits of cloud computing that despite two major obstacles to growth the worldwide market still expanded by 24% from last year. Had exchange rates remained stable and had the Chinese market remained on a more normal path then the growth rate percentage would have been well into the thirties,” said John Dinsdale, chief analyst at Synergy Research, in a statement.

Amazon remains the cloud infrastructure services leader, with 34% of the market, vs. 21% for Microsoft and 11% for Google, according to the Synergy data.

Both Microsoft and Amazon say they’re playing the long game, sacrificing short-term cloud growth in the interest of customer loyalty and value, with the hope of maximizing the growth of their revenues and profits over many years.

They’re betting on the long-term shift in IT spending to the cloud from on-premises computing and corporate data centers.

“We started to see, in the AWS business, a lot of customers working on cutting their bills, which we’re glad to help with,” said Brian Olsavsky, Amazon’s chief financial officer, on a call with reporters after Amazon disappointed Wall Street and tempered investor expectations with its lower guidance for the peak holiday shopping season.

Amy Hood, Microsoft’s chief financial officer, told analysts that the company has been “going proactively to customers and making sure we are helping them optimize their workloads,” based on what Microsoft is seeing in the market.

Small- and mid-sized businesses, which tend to work with Microsoft partner companies to deploy and maintain cloud services, seemed to be “a bit more” focused on finding these efficiencies than larger companies, she said.

Microsoft CEO Satya Nadella, speaking on the call with analysts, said the effort to help customers optimize their spending “is the right thing for us to be doing as a company on behalf of our shareholders, long term.”