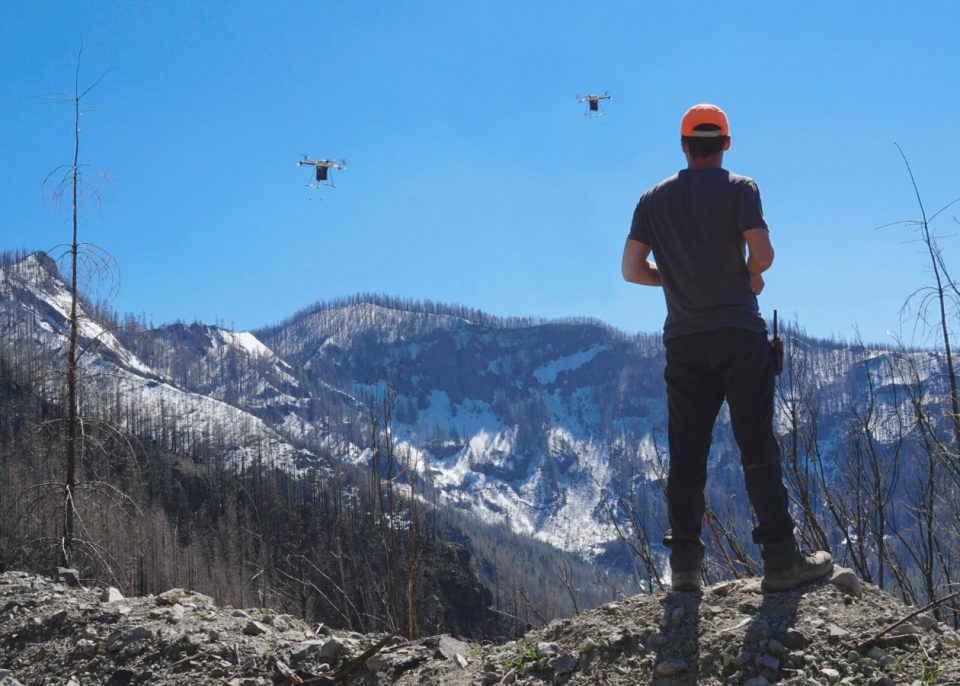 When it comes to regulations on what flies through America’s skies, policy has not kept up with technology, representatives of companies building drones and electric aircraft told a Senate subcommittee Wednesday.

“Regulatory paralysis and undue regulatory burdens” have prevented scalable drone operations and limited the integration of drones into the nation’s airspace, Lisa Ellman, the executive director of the Commercial Drone Alliance, told the Senate Subcommittee on Aviation Safety, Operations and Innovation.

“Bold and innovative congressional leadership is therefore necessary,” she said. “Congress should not allow the budding American UAS (uncrewed aerial systems) industry to continue languishing in a regulatory limbo.”

Eviation President and CEO Gregory Davis, fresh off the company’s first flight of its nine-seater electric passenger aircraft on Tuesday in Washington state, testified remotely during the hearing.

In a prepared statement, Davis urged the Federal Aviation Administration to “look beyond the borders of the U.S., and work with global regulators” to set regulatory standards for both electric aircraft and the batteries that will power them.

“Standards need to be applied the same internationally so that we can focus on mass adoption of electric aviation,” Davis said.

The subcommittee, chaired by Sen. Kyrsten Sinema (D-Arizona), was meeting to take input from aviation industry innovators on how to incorporate their flying machines into the regulatory system managed by the FAA. Congress must renew the FAA’s charter in 2023.

New technologies give promise of carbon-free transport of both people and cargo, Sinema said at the start of the hearing.

“The United States needs to develop a plan to become the global leader in these technologies,” she said.

“We must have a regulatory framework that provides safety to people in the air and on the ground,” but one that also supports the development of these new forms of transportation, Sinema added.

The failure of the FAA to move forward on these issues is “threatening to cut American innovation and global leadership off at the knees,” subcommittee member Sen. Ted Cruz (R-Texas) added.

Deloitte reported that the Advanced Air Mobility sector — air taxis — could be a $115 billion market by 2035, Cantwell said. Drones have the potential to perform many roles, such as package delivery, surveying, infrastructure inspections, precision agriculture and weather monitoring, and do it in a way that reduces carbon emissions.

And “electric aircraft like (Eviation’s) Alice represent an inspiring promise of American-built innovation and an exciting future of sustainable aviation,” said Cantwell, who is speaking next week in Seattle at the GeekWire Summit.

However, all of this “does require strong leadership from the FAA,” Cantwell said. Congress, for its part, needs to ensure that the FAA can “get the right policies in place, the right people in place.”

During her testimony, Ellman complained that the FAA often applies “incongruous” standards for crewed aircraft to uncrewed drones. She called on Congress to reorganize the FAA to create a new organization focused on the UAS sector.

But that’s only if the FAA delivers on its promise to have a regulatory system for the new technologies in place by 2024, he said. “This is a critical milestone if we are to fully scale this promising new technology.”

Honeywell Aerospace Vice President and General Manager Stephane Fymat told the subcommittee that the introduction of drones and air taxis “is set to be the most profound change in the aerospace industry and in people’s lives since the invention of the jet engine.”

However, he said a lack of “a clear pathway to the certification of these aircraft and an absence of necessary regulations to enable long-distance commercial drone operations” is holding the industry back.

“The pace of technology innovation is accelerating,” Fymat said, “which means that the pace of regulation must also accelerate, or the United States will be left behind.”

The hearing was the first in a series that the Commerce Committee plans regarding next year’s reauthorization of the FAA.

A list of female venture capitalists in the Pacific Northwest – GeekWire