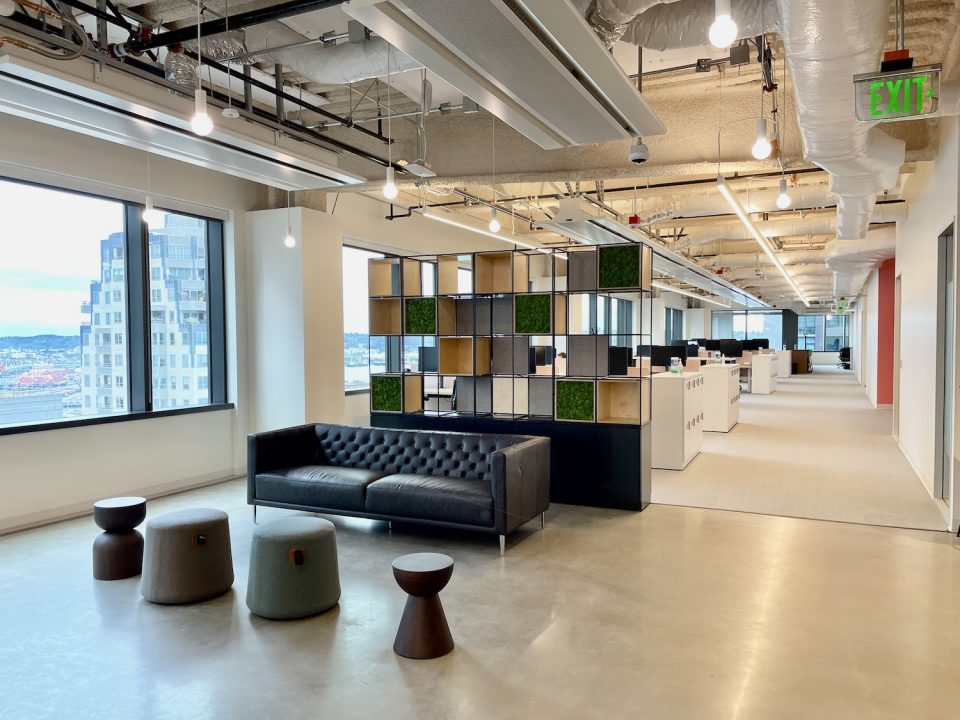 DoorDash, the food ordering and delivery company, is expanding its office footprint in Seattle two years after starting an engineering outpost in the city.

The company, which now employs about 600 people in Seattle and Washington state, has moved into a 30,440-square-foot space at the 2+U building at Second Avenue and University Street in downtown Seattle.

DoorDash first announced its plans to set up shop in Seattle in October 2020. The company has been working out of co-working space at 1201 Third Ave.

The new space includes communal workstations, conference rooms, phone booths, a parent’s room, a focus room, all hands space, and a modular room used for training and larger meetings, according to DoorDash.

The office is led by Director of Engineering David Azose, who previously spent three years with Uber in Seattle and more than nine years at Microsoft as a software developer and engineering manager.

“We’re thrilled to call Seattle and the Pacific Northwest home,” Azose said. “With the new expanded office, we hope to attract and welcome talented individuals who are looking to make an impact, while empowering local businesses in Seattle and beyond. Our Seattle hub continues to grow to support key business initiatives as we accelerate into new growth categories and innovate upon our core logistics platform.”

RELATED: Track the engineering outposts in the Seattle region.

DoorDash is using a flexible work model for its corporate employees in the U.S., allowing teams to decide how best to leverage in-person and remote work.

The Seattle office market “continues to see high vacancy,” at 12.79% in the third quarter, according to a recent report from Kidder Matthews. The commercial real estate firm said future office demand “remains a big question,” adding that “all eyes will continue to be on job growth as well as the positioning of companies to repopulate their spaces which has been at lower density levels than pre-Covid with many employees continuing to work from home or adopt a hybrid model.”

Report lays out a roadmap for Washington state’s quantum industry