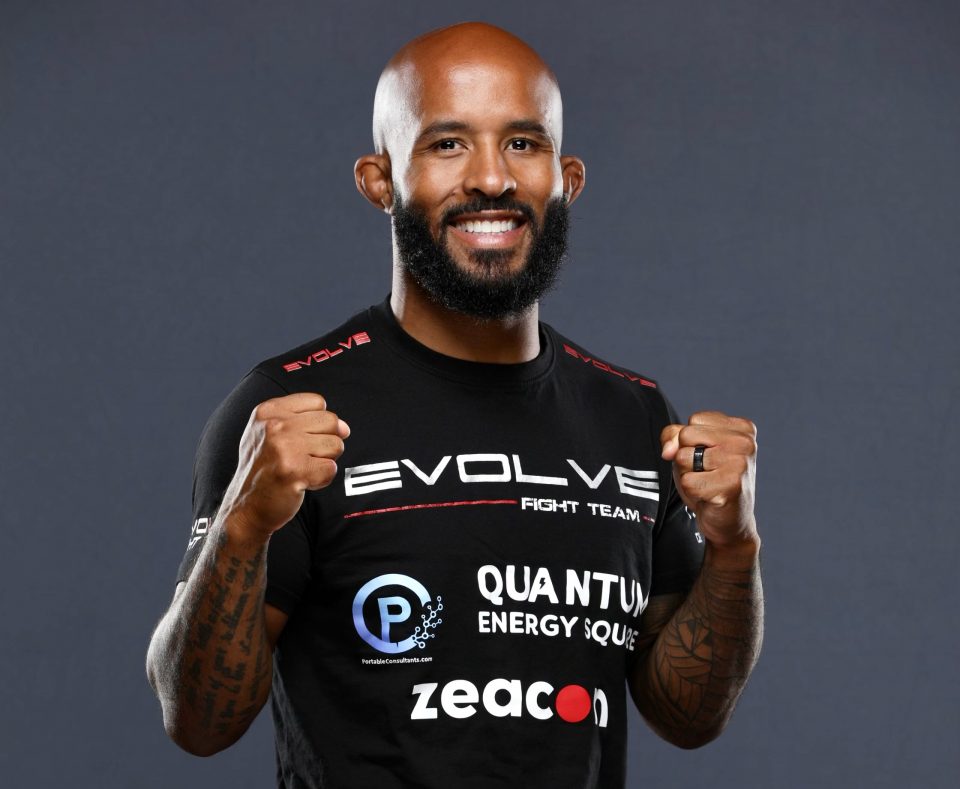 Demetrious Johnson has been called one of, if not the greatest, pound-for-pound mixed martial arts champions of all time. Last week, he re-captured the ONE Flyweight Championship in Singapore in a fight live streamed on Amazon Prime Video — in yet another big sports partnership for the tech giant.

When he’s not fighting, Johnson is battling online as a well-regarded gamer on the Twitch streaming platform.

Both pursuits have netted Johnson, of Parkland, Wash., a large and loyal following. And his reputation has also attracted interest from Seattle-area tech companies who want to get in the ring with the guy known as Mighty Mouse.

Johnson serves on an advisory board for Bellevue, Wash.-based Zeacon. The 4-year-old startup pivoted during the pandemic and now provides a platform to create interactive videos on a decentralized network to help creators and brands engage and monetize audiences.

“He is an expert in the live-streaming world and knows exactly what other content creators want in a video platform,” Naidu said. “DJ has been providing invaluable feedback on different aspects of the Zeacon platform.”

Johnson is an investor in the young enterprise startup, which provides businesses with data and voice services. Founder and CEO Rick Crabbe got to know him while training at the same MMA gym. He called Johnson one of the most disciplined and humble people he’s ever met.

“What attracted us to DJ is his character and public image,” Crabbe said. “What company couldn’t learn a few things from someone like that? We believe that having DJ as an investor helps validate our commitment as a company to be the best at what we do, while carrying ourselves with integrity.”

We caught up with Johnson to talk about how he got into MMA, his love for gaming and streaming and more. Our Q&A has been edited for length and clarity.

GeekWire: We celebrate geeks of all persuasions and we use geek as an endearing term. Is it OK to call an MMA fighter a geek?

Demetrious Johnson: “Absolutely. I call myself a nerd. My wife calls me a nerd. You can call me a nerd, geek, whatever word you want to use.”

“I was born in Kentucky and my mom’s last husband was stationed in Fort Lewis, so that’s when we got home-based in Parkland. From second grade all the way until now, I’ve been down south — Tacoma, Parkland, Puyallup area. I just never seem to want to move away to a different state and I’ve never wanted to move out of the south. Seattle, Bellevue, Redmond, it’s all gorgeous up there, but it’s way too f***ing expensive for the house you get.”

When did you get into your sport?

“I did multiple sports growing up — basketball, wrestling, track, cross country — and the sport that got me into mixed martial arts was wrestling. I love how it was just 1 v 1, somebody your size and nothing nobody else can do. If you lose you go back home, you look at yourself in the mirror and the only person you have to blame is yourself. When I got out of high school, there was nothing else for me to do sports wise. I saw ‘The Ultimate Fighter,’ I saw Rashad Evans working a bag, hitting it, and the next thing you know I just went to the gym, started hitting the bag and Reese Andy saw me and he goes, ‘Hey, you want to learn how to fight?’ and I was like, ‘Sure, why not.’ The rest is history. That’s how I fell into it.”

Do you use tech in any way to improve your fight game?

“I have a thing called the Oura Ring. I love it because it tracks my sleep and it lets me know how much sleep I’m getting. It tells me when is the best time for me to go to sleep and I try to hit that mark as close as possible. It also counts how many calories I burned in a day and keeps track of my workouts.”

You’re a big Twitch streamer. Tell us about your interest in gaming.

“Twitch is something I love to do. It’s another way for me to connect with the fans on a different level. I don’t think I’ll do it as a full-time career because that’s just way too much work and the pay is up and down. My favorite game was the ‘Mega Man X’ series. That’s what actually got me into streaming on Twitch. Now I play a little bit everything — first-person shooters, RPGs RTSs.

“There’s a game I’ve been playing a lot called ‘The Cycle: Frontier.’ They have a brand new wipe coming out — they wipe everybody’s stash and anything they’ve collected over the last three months and everybody starts fresh. It goes live Sept. 28.”

Is there anything from gaming that you take to the ring?

“Just distance. That’s the biggest one. There’s a fighting game called ‘Street Fighter V’ and there’s frames and distance that you have to control — you’ve got to put your character in the right spot.”

What’s next for you in your career and in tech?

“I’m gonna get healthy, get back in the gym, continue to learn and get ready for whatever’s next in the mixed martial arts world. As far as investing, I like to take my time to see what arises. I think the next front is the health and wellness sector. We’ll see if I have any other opportunities over time to invest in other tech companies.”

Editor’s note: This story has been updated to correct the spelling of Johnson’s first name.

How Amazon’s $3.9B One Medical deal could boost its subscription program – GeekWire