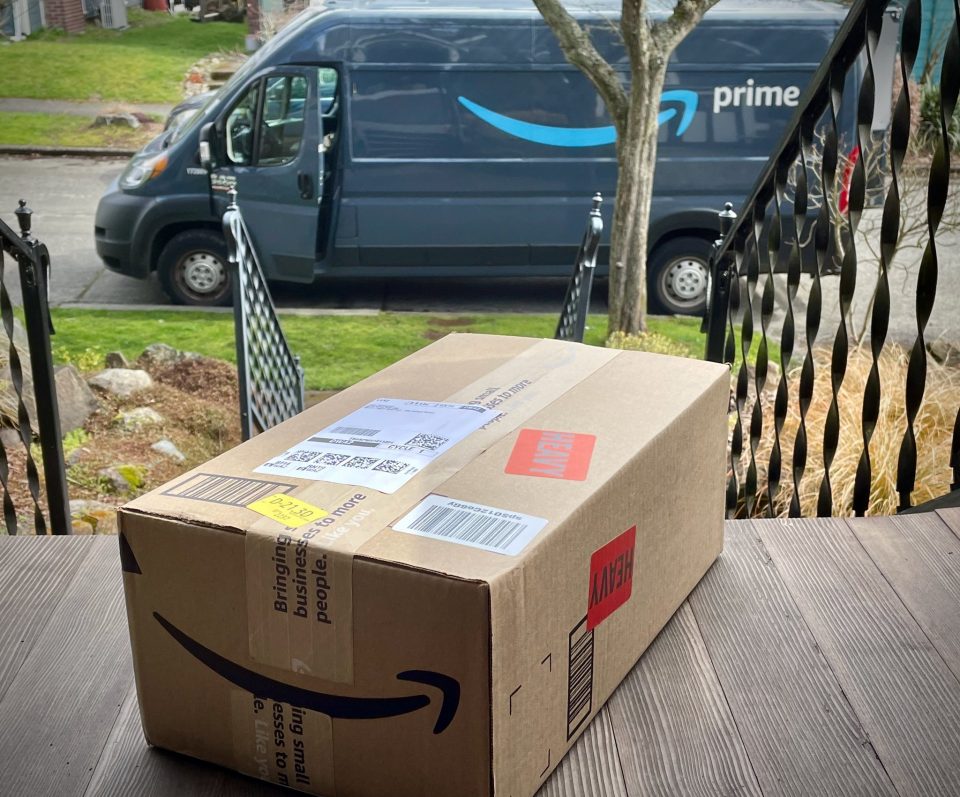 Amazon released new numbers about the growth of its Delivery Service Partners program, saying 3,000 independent companies now deliver more than 10 million packages for Amazon each day, employing 275,000 people and generating a combined $26 billion in revenue in the last four years.

Marking the fourth anniversary of the DSP program, it’s the latest in a series of Amazon posts spotlighting the companies that have made dark blue Amazon Prime delivery vans commonplace in many neighborhoods.

Amazon’s message runs counter to claims in lawsuits and media reports in which some former DSP companies say they were “treated like robots” by the company’s algorithms, controlled like franchisees without the legal protections that would come from such a designation, and left struggling to turn a profit under the financial terms that Amazon sets for the DSP program.

“As we celebrate DSP’s four-year anniversary, we are proud of the choices we made to establish a program that enables so many small business owners to achieve success for themselves, our customers, and the communities where they serve,” the company said in its post Friday afternoon.

The CARES Act, which enabled the loans at the time, required companies to certify “that the uncertainty of current economic conditions makes necessary the loan request to support the ongoing operations of the eligible recipient.”

Delivery Service Partners are independent businesses whose employees deliver packages in Amazon-branded vans and uniforms under contract with the company. By working with delivery partners, Amazon is able to avoid many of the financial and legal liabilities that would come from employing drivers directly.

Following the latest post about the DSP program milestones, GeekWire asked Amazon if the company considers it appropriate, in hindsight, for its delivery partners to have received federal assistance.

“These partners are all independent small business owners and each is responsible for managing their own P&L, so to the extent that some may have been eligible for and sought benefits from the PPP loan program, they would have made that decision independently from Amazon,” said Maria Boschetti, an Amazon spokesperson, via email.

Boschetti added, “We’re proud of our delivery partners and we’ve invested heavily to help them succeed, including special recognition bonuses of over $1B in 2020 and more than $700MM in 2021 to increase the rates we pay DSPs, and to support them in offering sign-on and retention bonuses and offset recruiting costs.”

Those were part of a series of initiatives rolled out by Amazon in the pandemic.

Amazon Delivery Service Partners get the benefit of a built-in source of business, hitching their entrepreneurial ambitions to one of the largest company’s in the world, plus the ability to follow Amazon’s operational playbook and, in many cases, house their operations within its delivery stations.

Profits are by no means assured. From the start, thin operating margins have been a clear risk for DSP companies, as documented by GeekWire in an analysis at the time.

However, Amazon spokesperson Boschetti said this week that “the vast majority of these DSPs have consistently out-paced our marketed profit expectations for the program,” referencing an Amazon page that estimates the annual profit potential at $75,000 to $300,000 for “fully ramped” DSP partners, with 20 to 40 vans.

GeekWire has left messages with the owners of both companies featured in Amazon’s latest post, Milum Express and Regional Express, to learn more about the underlying economics of their businesses.

The company launched the DSP program as part of a broader expansion of its AMZL logistics network, seeking to reduce its reliance on United Parcel Service and the U.S. Postal Service for last-mile deliveries.

Amazon says the DSP program is now in more than 14 countries, including France, Italy, Ireland, Brazil, the Netherlands, India, Belgium, and Austria, and recently launched in Saudi Arabia as its first Middle Eastern country.

Amazon has reported steady growth in the DSP program over the past four years.

Annualized, that would imply DSPs are delivering about 45% to 50% of Amazon’s total volume of 8.17 billion packages as estimated by MWPVL International Inc. in 2021, said Marc Wulfraat, president of the logistics consulting company.

However, estimates of average packages delivered per driver would suggest a larger percentage, using the company’s latest report of 275,000 total DSP drivers, Wulfraat said. Amazon may be using language carefully, protecting data in a way that makes external calculations and estimates more difficult.

A lawsuit filed against Amazon earlier this year by a former DSP company, Kirk Amos Delivery and Courier, alleged that the PPP program helped to prop up Amazon’s third-party delivery network at the height of the pandemic.

“Instead of paying DSPs fairly, Amazon relied on the federal government’s Paycheck Protection Program (PPP) to keep DSPs operational, thereby using taxpayer’s money to pay for its operations,” the suit alleged. It added, “nearly all DSPs are currently operating at a loss due to Amazon’s control of the DSP program and rely on PPP funds to stay afloat. Amazon knows this because it performs an annual financial review of most DSPs’ accounting records.”

Amazon has not responded directly to that allegation in court filings. A federal judge in North Carolina granted the company’s motion to send the case to arbitration, under terms of the standard DSP contract. Kirk Amazon Delivery is appealing the court’s decision.

Another pending lawsuit, filed by a former DSP company called Fli-Lo Falcon, LLC, challenges Amazon’s business relationship with DSP companies, and alleges that Amazon “exercises near complete control” over DSPs, effectively treating them as franchises without giving them the legal protections of franchise designations.

Amazon’s motion to send that suit to arbitration, opposed by Fli-Lo Falcon, is pending in U.S. District Court in Seattle.