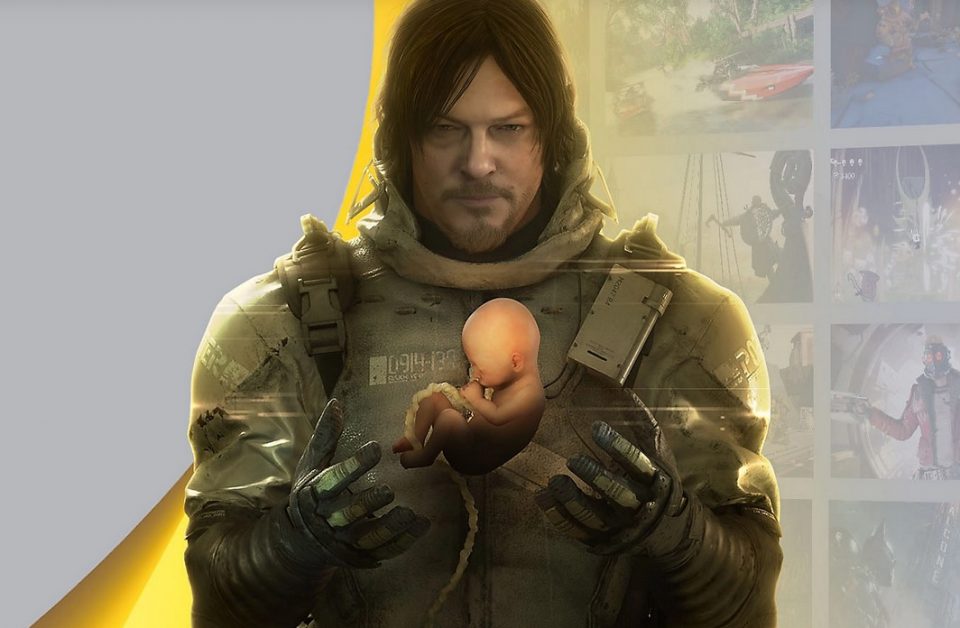 Sony released its revamped PlayStation Plus subscription service on Monday, which places its service in indirect competition with Microsoft’s Game Pass. I went ahead and signed up for Plus on the Premium tier to see how they stack up, and it’s an interesting showcase for both companies’ priorities in this generation of console hardware.

Both the Game Pass and PlayStation Plus offer curated libraries of video games, which can be downloaded to your console and/or streamed via the cloud. As such, both of them are useful as what Microsoft’s previously called a “discovery engine,” where you can explore a big chunk of the games on each system for a low initial cost.

The biggest difference between the two, right off the bat, is how important they are to each company’s overall strategy.

With Microsoft, the Game Pass is, to some extent, currently its entire deal; at its big games showcase last weekend, virtually every new game was announced as either coming to the Game Pass at launch, or else was a new season of content coming to a game that was already there.

In general, Microsoft’s efforts in the subscription space are about access. To a significant extent, the Game Pass subscription gets you a virtual Xbox that can be deployed almost anywhere, via smartphone, tablet, PC, console, or in the near future, directly from a smart TV. You can make a solid argument, as Polygon’s Oli Welsh has, that if Microsoft’s competing against anyone with this strategy, it’s not other video game companies; it’s content providers such as Netflix and Apple.

By comparison, Sony has made it clear that it’s not planning to make any serious changes to its sales model. PlayStation Plus, as per CEO Jim Ryan, will not be a launchpad for new first-party Sony games the way that the Game Pass is for Microsoft, and there are no reported plans to make Plus available on any platform besides its native PlayStation hardware. The new Plus is there to add value, but won’t touch the overall sales model.

Here’s what you need to know if you’re considering either service, or both:

More games than you can ever play

The sheer size of PlayStation Plus’ library might be the biggest point in its favor. At launch, the highest tier of PlayStation Plus gives you access to well over 700 games, versus the 459 that are currently available with a Game Pass Ultimate subscription.

This includes 378 games from the PlayStation 4 & 5 libraries; a total of 306 PlayStation 3 titles that are strictly available via cloud streaming (the PS3 hardware is notoriously difficult to emulate); 38 in the “Classics” lineup, which includes the original PlayStation, the PlayStation 2, and Sony’s first handheld, the PlayStation Portable; and 12 trial versions, which lets you play the full versions of various big games like Horizon: Forbidden West for a limited time.

In fairness, these numbers are a little misleading. Several of the games on Plus are listed twice, such as Death Stranding and Evil Genius 2, as both their PS4 and PS5 versions are available separately. By the same token, some of the games on Game Pass’ Ultimate tier, such as the Dead Space trilogy, are there because of a bundled deal with Electronic Arts’ EA Play subscription service.

There is a significant issue of curation, however. Sony’s made a lot of strange choices for Plus, most notably in the PlayStation 3 library. A number of the biggest or best-remembered titles on the system, such as Killzone 2 and Heavenly Sword, got yanked off the old PS Now roster, while all-time lows like Rogue Warrior and Duke Nukem Forever are still on there. It’s a win for game historians, but almost no one else.

The Xbox Game Pass, on the other hand, doesn’t have a lot of filler. There are certainly games on there in any given month that are weird or random or just not for me, but there usually isn’t anything that feels like it’s just there to let the service reach an arbitrary number.

Sony’s going for raw volume over quality control here, but it’s still got a lot going for it. For every B- and C-list game on the PlayStation Plus list, it also includes first-party hits like Returnal, Resogun, and both the recent open-world Spider-Man games. Sony makes a lot of games internally, many of which are decent to great, and if Plus has one thing going for it, it’s easy access to a big part of Sony’s back catalog.

The tale of the tape

The cheapest version of Plus, the $9.99/month Essential tier, provides three free games per month and a small downloadable library of definitional PS4 hits, which includes Days Gone; the Seattle-set superhero game Infamous: Second Son; Until Dawn; Uncharted 4: A Thief’s End; and the remastered edition of The Last of Us. Any one of them is worth $9.99 by itself.

Essential also provides access to online multiplayer for PlayStation users, cloud storage for your saves and data, and exclusive discounts. It’s roughly the same list of benefits as the service has offered since its original launch in 2010.

The Extra tier of Plus, at $14.99/month, adds the library of PS4 and PS5 games, which can be downloaded to your hard drive, while the Premium tier gives subscribers the “classics catalog” of PS3 games and earlier.

The Xbox Game Pass has separate console and PC versions, both of which are $9.99/month, and Xbox’s first-party titles are generally guaranteed to appear on Game Pass on the same day as their retail release.

For $14.99/month, you can upgrade to the Ultimate version of Game Pass, which works on both PC and console simultaneously, as well as rolling in the benefits from the separate Xbox Live Gold subscription. Ultimate also offers Xbox Cloud Gaming for compatible titles and devices.

Head to head, the two services stack up well against one another. Plus offers a bigger, broader library that’s full of genuine classics (and historic misfires); Game Pass’ library is smaller, but better curated, and provides day-one access to first-party Xbox titles. Both services offer you more than a month’s worth of games for an affordable subscription fee.

The natural question to ask here would normally be a question of added value. If you’re trying to decide which of the two consoles to buy, you’d naturally want to take the relative merits of Plus and the Game Pass into account.

The trick is that the Game Pass, to an increasing degree, is the Xbox. The physical Xbox Series X|S hardware is a flexible and user-friendly gaming console, but the further we get into the current generation, the more it appears to be surplus to Microsoft’s requirements.

This shouldn’t be taken as a prediction that Microsoft will stop making physical Xboxes — both versions of the Series X actually outsold the PlayStation 5 in Q1 2022, due to ongoing supply chain issue s— but rather, a note on how important the Game Pass is to Microsoft’s current strategy. You can do a lot of gaming on an Xbox right now without owning an Xbox.

The new PlayStation Plus has more games, including some genuine classics, with the implicit promise of more to come. What it doesn’t have is Microsoft’s day-one launches, and once Sony’s release schedule starts to heat up, that’ll become a more obvious issue for the service. Just in terms of getting the most value out of your entertainment dollar, however, both PlayStation Plus and the Game Pass are some of the best deals in the history of the console market.