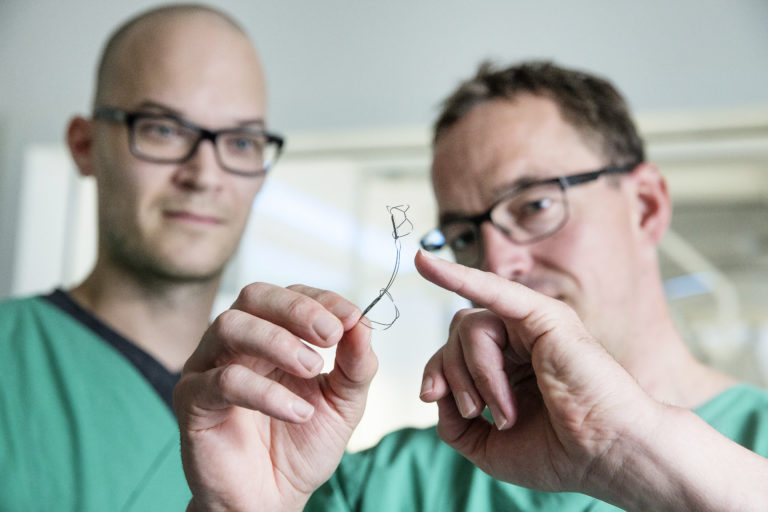 Cardiac Dimensions, a medical device company based in Kirkland, Wash., landed $35 million to support testing and marketing of its system to treat mitral valve regurgitation.

Mitral valve regurgitation involves leakage of blood through the heart’s mitral valve during contraction of the left ventricle. The condition can lead to an enlarged heart and is associated with congestive heart failure.

The company’s Carillon Mitral Contour System is designed to tighten the leaky valve through a minimally invasive procedure.

The device is approved for sale in Australia and Europe and last year was added to clinical guidelines for the treatment of a form of mitral regurgitation by the European Society of Cardiology.

The new funds will be used to expand sales of the device in several European countries where it is fully reimbursed, and will finance a clinical study based in the U.S. The study began last summer and includes the Cleveland Clinic, Columbia University Medical Center, and Ronald Reagan UCLA Medical Center.

The company has published data from four previous studies, including data comparing its system against a competing device, the MitraClip, which involves a more invasive procedure.

“We are enthusiastic about the device’s potential to treat heart failure at a much earlier stage than other device therapies, which could make it a frontline treatment with the potential to change the course of the disease,” said Matt McNamara, chief investment officer and board director for Horizon 3 Healthcare, in a statement.

Horizon 3 Healthcare co-led the financing along with an undisclosed strategic investor.

Cardiac Dimensions was founded in 2021 and also has operations in Sydney and Frankfurt. Since 2020 it has been led by CEO and president Rick Wypych, who previously held various roles at the company, including chief operating officer and chief financial officer.

The chief medical officer is Steven Goldberg, who was previously an associate professor at UW Medicine and director of its cardiac catheterization lab. Goldberg is currently an interventional cardiologist at the Community Hospital of the Monterey Peninsula in Monterey, Calif.

All other existing investors participated in the funding round, including Arboretum Ventures, Hostplus, EQT Life Sciences (formerly LSP), Lumira Ventures, and M. H. Carnegie & Co. The new funding builds on a $17.5 million Series C round in 2020.