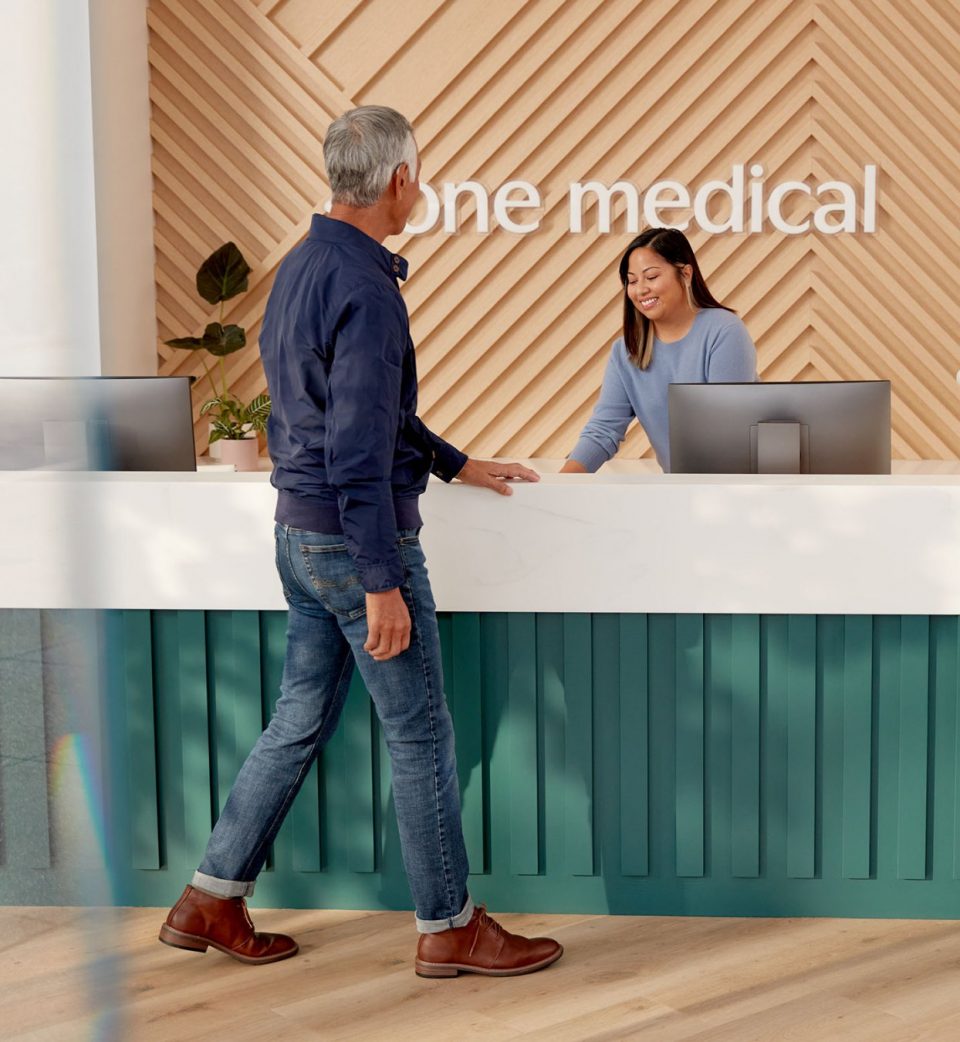 Amazon’s planned $3.9 billion acquisition of One Medical will bring Amazon further into healthcare. But whether the Seattle tech giant will upend the medical system in the same way the company has changed how people buy products online is an open question.

Amazon has been edging into healthcare for years. In 2018 the company bought PillPack, which became Amazon Pharmacy. And it recently expanded Amazon Care, its primary care service initially designed for employees. Amazon’s purchase of One Medical brings the company fully into the field.

But not all of Amazon’s healthcare efforts have been successful. Last year, the company shut down its Haven healthcare joint venture with Berkshire Hathaway and JPMorgan Chase.

“You look at prior efforts to find a technology solution, a business model that’s going to solve it all — this acquisition will not be the first time that’s tried and likely won’t be the last,” said physician Joshua Liao, associate chair for health systems at the University of Washington Department of Medicine. “If there’s one lever pull that fixes healthcare, I don’t know it.”

One Medical offers a membership-based model and an emphasis on tech and primary care. Users can opt for a virtual-first visit and book an in-person appointment online for the same day. The service is an employee benefit at more than 8,000 companies, and individuals can also purchase a $199 yearly subscription.

One Medical also provides something that takes years to build: physical infrastructure. It has more than 180 medical offices in more than 15 metro areas. And it diversified last year with its acquisition of Iora Health, which focuses on delivering care to seniors.

Amazon can pull a lot of levers to increase healthcare efficiency, eliminate middlemen, and integrate One Medical with its existing offerings, said McSherry.

Some critics say the deal is unlikely to change much in healthcare. But given that it’s Amazon, there is certainly potential.

“I just don’t know that discounting them is ever a good idea,” said Christina Farr, a health tech investor with OMERS Ventures.

How does the acquisition fit into Amazon’s business model?

The acquisition reflects Amazon’s consumer focus, said Farr. “You can buy almost anything that you want on Amazon,” she said. “The only kind of missing piece from that was healthcare.

Farr added: “It’s about this idea of being a digital front door for healthcare — the dream of a one-stop shop or one-door concept that we’ve been talking about for decades.”

Neil Lindsay, senior vice president of Amazon Health Services, hinted at that in a statement Thursday announcing the deal. “We think health care is high on the list of experiences that need reinvention,” he said, citing opportunities to improve appointment booking, appointment wait times, time spent traveling to the pharmacy, and more.

“I think it’s a fantastic move for them,” noted McSherry.

Whether Amazon integrates One Medical into its online pharmacy and other health programs is an open question, said Farr. Amazon also recently developed a COVID-19 test kit, unveiled a new Halo View health band, and has a secretive research collaboration with Fred Hutchinson Cancer Center.

Next steps might be to roll in generic medications or lab results. McSherry said getting into the insurance business would be a longer-term play.

“It’s easier for them to continue to build up a benefit stack until at some point they said, ‘Hey, you’re already paying me $1,000 a year. Why don’t you just pay me $5,000 a year and I’ll be your insurance company,’” said McSherry.

And Amazon is really good at eliminating the middleman, he said. “Take a look at the 25-year arc of Amazon. They now man their own airplanes and their own shipping, they go increasingly full stack vertical.”

“I don’t know how long it’s going to take for Amazon to meaningfully take on some of these incumbent positions in healthcare. But we all know the inefficiencies. And Amazon has proven to be the most effective company over the last 25 years at removing marketplace inefficiencies,” he said.

Will people trust the company with their healthcare data?

An increasing number of healthcare companies also have arms that sell insurance or drugs, and may have an interest in broad access to patient data, noted Liao. “If you think about those dynamics, all of them on some level have concerns, so it’s not unique to Amazon,” he said.

Healthcare data is protected by federal law. But patients increasingly have access to their own data and the ability to share it if they want, said McSherry.

Could Amazon ask people to give up their health data to the wider company in exchange for discounts or other benefits, say at Amazon-owned Whole Foods?

“Would I want Amazon to know that I have a cancer diagnosis? Probably not. Probably never,” said McSherry. “But would I be willing to share some information with them if I’m mildly obese and I’m interested in eating more healthfully? Sure. If I get a consumer benefit on that knowledge share.”

“Amazon is one of the most trusted brands in America, and after a 25-year legacy of building up that trust, I don’t think they’re going to squander it,” added McSherry. “They’re playing the long game here.”

What does Amazon’s entry into healthcare delivery mean for equity and access?

There’s a lot of activity going on in the primary care industry. CVS Health, which bought insurance company Aetna in 2018, offers care at more than 1,000 stores; Seattle-based Vera Whole Health offers “values-based” memberships through employers; and a host of companies offer virtual options.

“You just have everybody trying to get into primary care delivery, which is a race to capture a broad patient segment, control the costs on them, and then route them to lower cost and better quality care,” said McSherry.

On one hand, this can result in broadened patient access, said Farr: “The industry has been talking about the consumerization of healthcare, this idea that patients should be able to navigate to healthcare that might be most affordable to them.”

On the other hand, focusing on narrower patient segments such as employees at companies that offer such services, can also reduce patient access. Such concerns are not unique to One Medical, said Liao.

“How can we, within ethical guards and within the spirit of healthcare, make healthcare more simple, accessible, affordable, and convenient? I think those are very important,” said Liao. “As we do those, the counterbalance has to be that we are being thoughtful about things like equity and access.”

How will the acquisition affect other healthcare companies?

Companies that offer primary care options to employers, including newer companies such as Accolade and 98point6, will increasingly be competing with Amazon, said McSherry.

When employers consider their primary care offerings each year, “I can’t possibly imagine them not including Amazon/One Medical in that consideration,” said McSherry.

The growth of services like One Medical may also put the squeeze on traditional hospital systems by taking away ancillary revenue like blood draws, said McSherry. “A lot of hospital systems are increasingly becoming sort of a safety net,” he said. “The U.S. healthcare system is sort of fragile.”

Can Amazon ultimately change the healthcare system for the better?

“I think it’s hard to answer if they provide the best care across the board,” said Liao. He said there isn’t enough information yet about patient outcomes, and there isn’t a singular solution to providing the best healthcare.

“It’s going to take decades if this meaningfully plays out to change how healthcare is delivered,” said McSherry. In the meantime, Amazon can package up a set of healthcare products into a subscription service, and “provide a better consumer benefit at a reduced cost.”

Different communities and populations benefit from a diversity of approaches to healthcare provision, said Liao.

“Having another option in a marketplace where people can choose, and say ‘hey, this is the collection of services that fits my needs’ can only be helpful,” he said.

The Main Differences Between LIS and LIMS