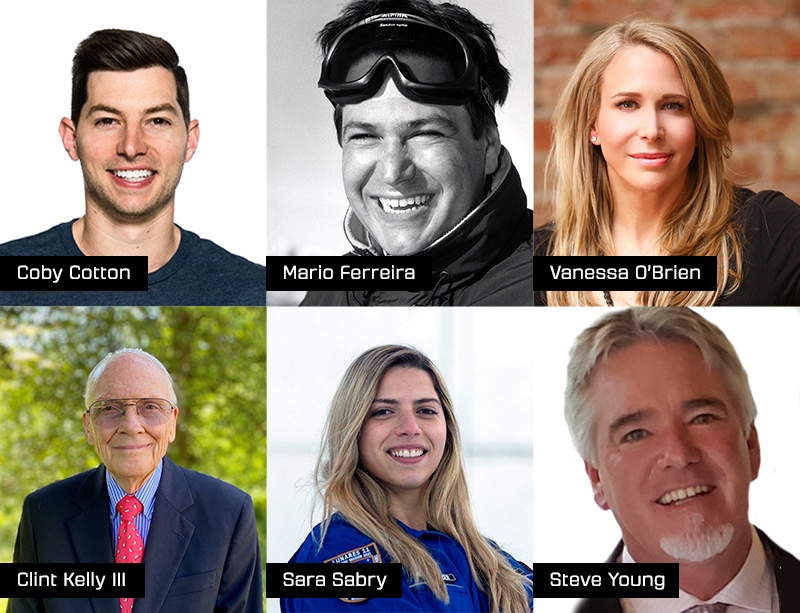 Jeff Bezos’ Blue Origin space venture still has some final-frontier firsts up its sleeve: Today the company said its next crewed suborbital flight will send up the first spacefliers to hail from Egypt and Portugal.

But when will they fly? The launch date is still up in the air.

The lineup for Blue Origin’s sixth crewed mission — which is known as NS-22 because it’s the 22nd flight overall, including uncrewed flights — will also include a co-founder of the Dude Perfect sports/entertainment video venture, a British-American mountaineer, a driverless-car pioneer and a former telecom executive.

Today’s crew announcement comes a year and two days after Blue Origin’s first-ever crewed flight, which sent Bezos and three others beyond the 100-kilometer Karman Line that marks the internationally accepted boundary of outer space.

The flight plan for NS-22 follows the model set by past missions: The crew will lift off from Blue Origin’s Launch Site One in West Texas aboard a reusable New Shepard rocket ship, and experience a few minutes of weightlessness before descending to a parachute-aided landing amid the rangeland surrounding the launch site.

Blue Origin hasn’t said how much its customers are paying to fly, but one report suggests that the fare for one of the crew members is in the range of $1.25 million.

Here’s a quick rundown on the lineup, in alphabetical order:

Coby Cotton is one of Dude Perfect’s five co-founders. His seat is sponsored by MoonDAO, a crypto-centric collective that aims to decentralize access to space research and exploration. Members voted to have Cotton represent them on this flight. MoonDAO is said to have transferred $2.575 million in cryptocurrency to pay for two New Shepard seats.

Mario Ferreira is a Portuguese entrepreneur, investor and president of Pluris Investments, a business group that includes more than 40 companies involved in tourism, media, real estate, insurance and renewable energy. Several Portuguese citizens are in the running to join the European Space Agency’s astronaut corps, but Blue Origin says Ferreira would be the first person from Portugal to cross into the space frontier.

Vanessa O’Brien is a British-American explorer and a former banking executive. Blue Origin says her flight to space would make her the first woman to complete the “Explorers’ Extreme Trifecta,” which also includes an Everest climb and a dive to the Challenger Deep. (Private-equity investor Victor Vescovo finished the Trifecta with a New Shepard spaceflight in June.)

Clint Kelly III started the Autonomous Land Vehicle Project in 1984 while working at the Pentagon’s Defense Advanced Research Projects Agency, or DARPA, and is credited with starting the development of the technology base leading to today’s driverless cars.

Sara Sabry is an Egyptian mechanical and biomedical engineer, and the founder of Deep Space Initiative, a nonprofit group that aims to increase accessibility for space research. She became Egypt’s first female analog astronaut in 2021 after completing a simulated moon mission in Poland. Sabry is the second citizen spaceflier to be sponsored by Space for Humanity, a nonprofit group that paid for Mexican native Katya Echazarreta’s trip on New Shepard in June.

Steve Young is the former CEO of Young’s Communications LLC (Y-COM), which was the largest telecommunications contractor in the state of Florida under his leadership. Y-COM was acquired by Grain Management last year. Young is also the owner of Pineapples, a restaurant in Melbourne on Florida’s Space Coast.

bitchy | Prince George is ‘definitely a daddy’s boy,’ he & William have the same hobbies