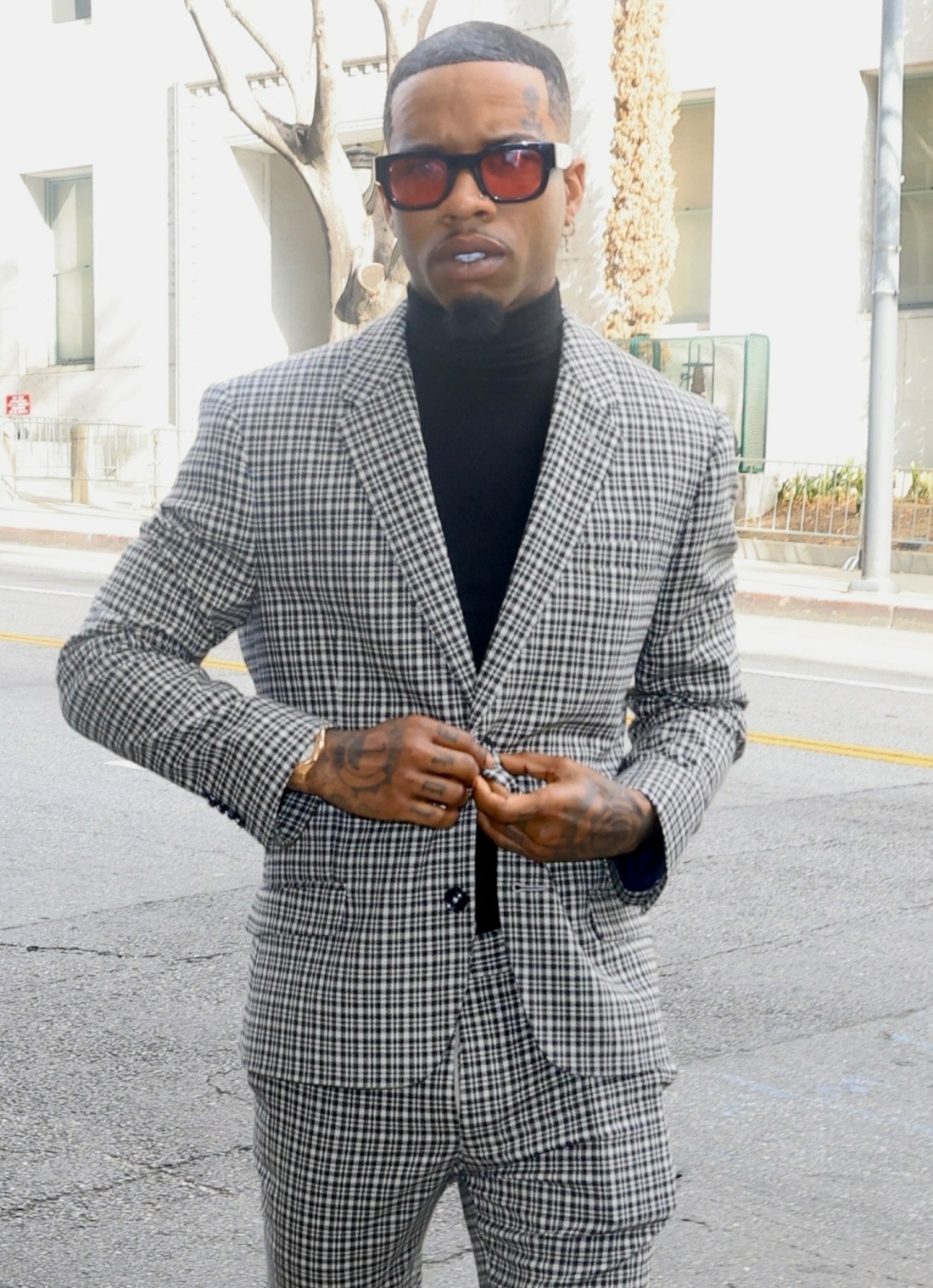 I hope Megan Thee Stallion had a blessed Christmas holiday. She received an early Christmas present on December 23rd, last Friday: the jury convicted Tory Lanez on three felony charges from his assault on Megan in July 2020. Megan, Tory and several friends had been partying in LA when there was some kind of awful confrontation. Tory shot Megan and told her to “dance, bitch.” Since then, Tory has paid off friends and blogs to smear Megan (his victim) and lie about what happened that night. Megan has been through it, but at least the LA court system and an LA jury saw through Lanez’s bullsh-t. Megan ended up testifying against Tory too.

After a nine-day trial, Tory Lanez has been convicted of shooting Megan Thee Stallion in July 2020. On Friday afternoon a Los Angeles jury found the Canadian rapper, born Daystar Peterson, guilty of all three charges — assault with a semiautomatic firearm, carrying a loaded, unregistered firearm in a vehicle and discharging a firearm with gross negligence.

Lanez will be sentenced Jan. 27. The convictions may carry up to 22 years and eight months in prison. Lanez, 30, showed “no visible reaction” as the verdict came down, the Associated Press reports, adding that he was handcuffed shortly thereafter.

“The jury got it right,” Megan Thee Stallion’s lawyer Alex Spiro tells PEOPLE. “I am thankful there is justice for Meg.”

“I want to start by highlighting the bravery of Megan Pete. You showed incredible courage and vulnerability with your testimony despite repeated and grotesque attacks that you did not deserve. You faced unjust and despicable scrutiny that no woman should ever face and you have been an inspiration to others across LA County and the nation,” Gascón wrote in a statement. “Women, especially Black women, are afraid to report crimes like assault and sexual violence because they are too often not believed. This trial, for the second time this month, highlighted the numerous ways that our society must do better for women,” he continued.

“I’d also like to thank the jurors for their time and thoughtful deliberation, and our trial team for their tireless pursuit of the truth. You spent countless hours away from your families during the holiday season preparing this case and finding justice for Ms. Pete. Your sacrifice is appreciated.”

I’m glad the DA made a special statement about Megan’s bravery and the need for the criminal justice system to do better for Black women. Megan was extraordinarily brave in the face of too much bullsh-t. Disloyal friends, liars, a misogynistic media backing Lanez. Megan stayed true to herself and she showed so much grace in the face of that bullsh-t. So many men and so many “music journalists” owe Megan a huge apology for what they did to her. 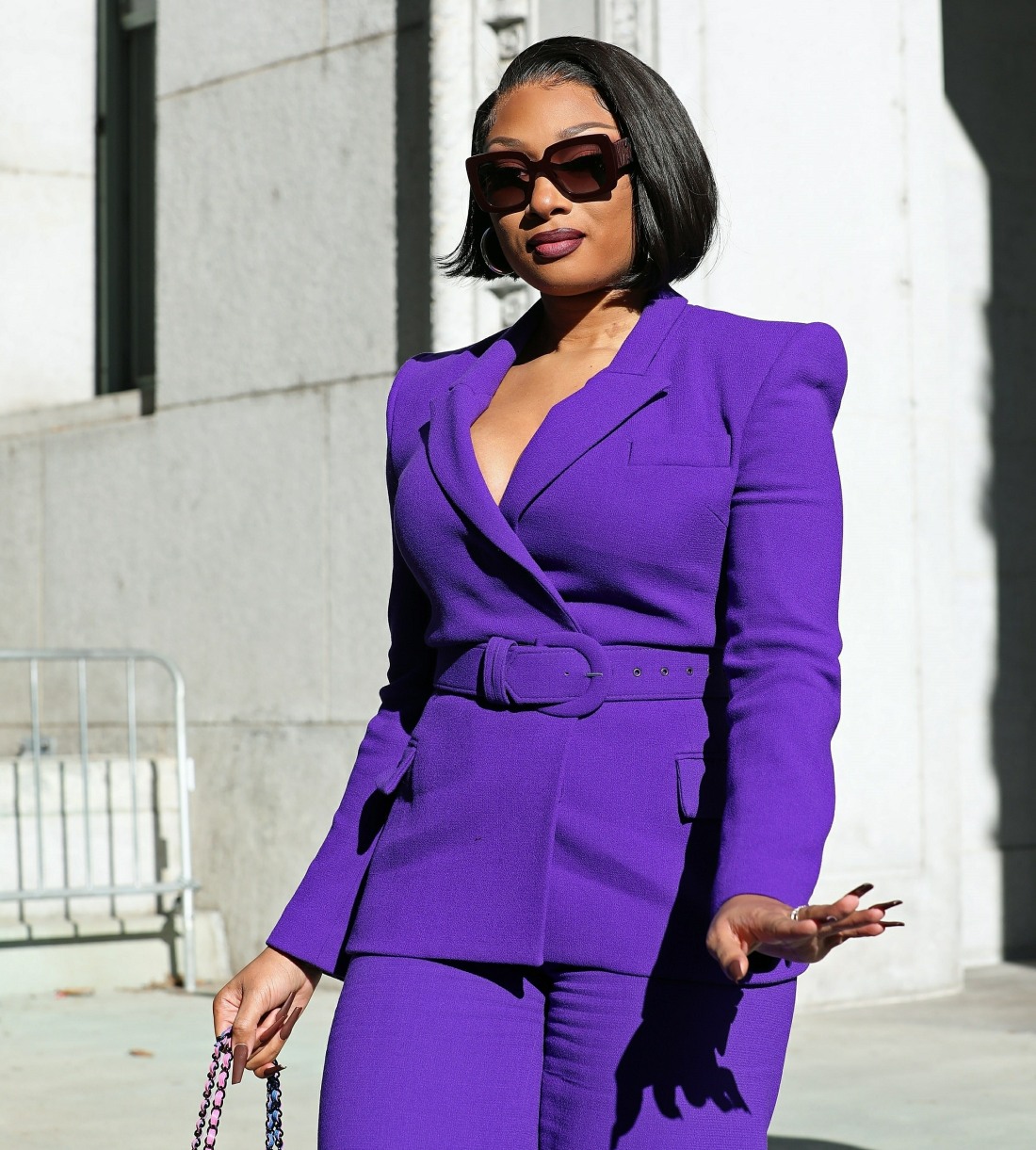 Los Angeles, LA – Megan Thee Stallion arrives in LA court today as trial in her shooting begins. Tory Lanez, 30, (Daystar Peterson) is on trial for the 2020 shooting in which he is accused of shooting at her feet after a dispute with the Savage artist as they drove away from a pool party at Kylie Jenner’s house.

Los Angeles, LA – Megan Thee Stallion arrives in LA court today as trial in her shooting begins. Tory Lanez, 30, (Daystar Peterson) is on trial for the 2020 shooting in which he is accused of shooting at her feet after a dispute with the Savage artist as they drove away from a pool party at Kylie Jenner’s house.

What to expect from Microsoft, Sony, Amazon, Valve, Nintendo, and others – GeekWire

bitchy | Prince William canceled his trip to NYC, but the ‘Earthshot Summit’ will go on