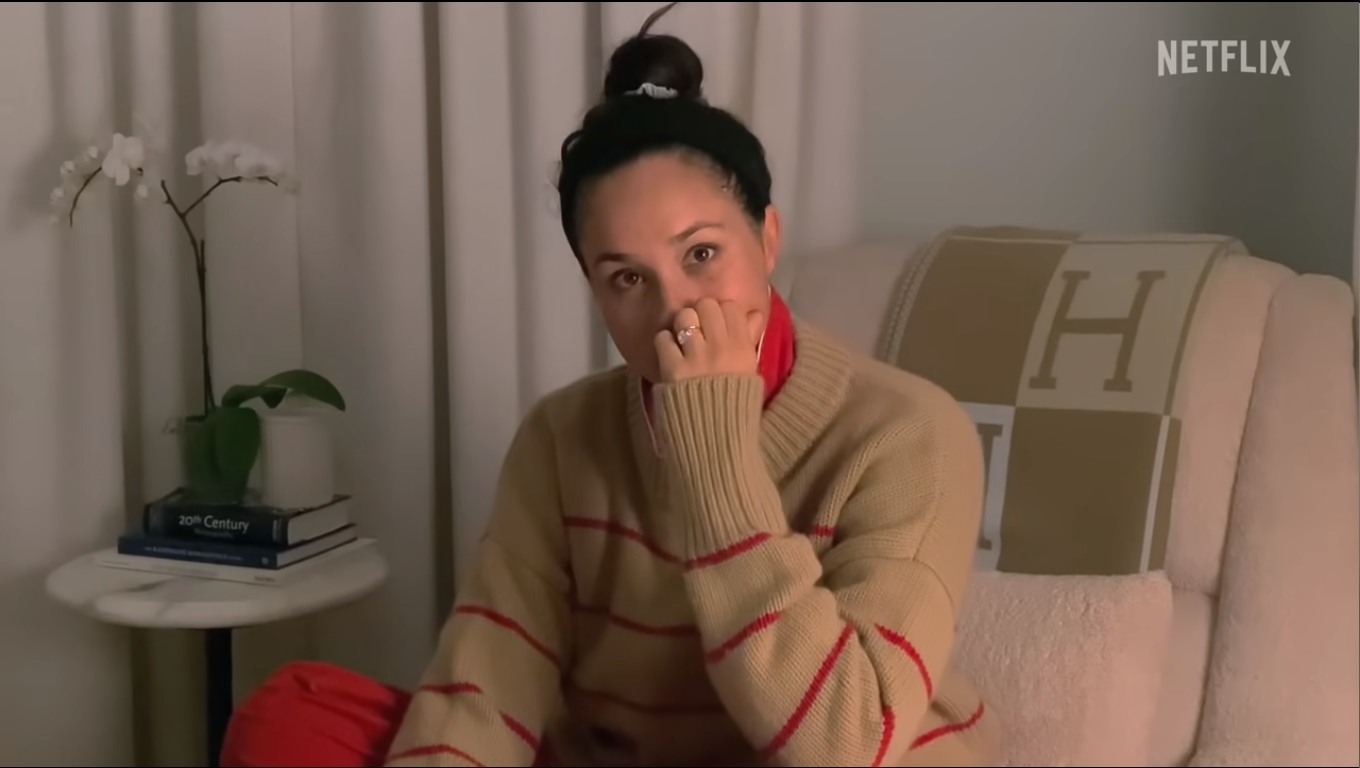 One of the things I’m most looking forward to about Netflix’s Harry & Meghan docuseries is seeing anything filmed within their Montecito home. While I know that’s not the point of any of this, I still want to see how they decorated their house! Everything that we’ve glimpsed so far from their interiors is very tasteful, very neutral-color-schemed. Which is very Meghan – I feel like that’s her preferred color palette for dressing and interior design. In one of the clips in the second Netflix trailer, Meghan is seen looking emotional while seated in an armchair, and a Hermes blanket is draped across the back. People are obsessed with the blanket now.

It’s the royal documentary everyone is talking about, and along with the bombshells expected to drop in Netflix’s upcoming “Harry & Meghan” series, Prince Harry and Meghan Markle’s fans are also eager to see the Sussexes’ high-end home decor style.

In the trailer for the streaming giant’s new docuseries — which premieres Thursday — the Duchess of Sussex sports a number of never-before-seen casual outfits, but what sent many viewers on a mad Google hunt is the Hermès “Avalon” blanket ($1,625) draped on the back of a chair in one scene.

In the clip from the docuseries, Markle wears a pair of red “Bonne Nuit” pajamas by La Ligne ($250) with a tan-and-red “Marin” sweater ($295) from the brand layered on top as she sobs on a chair with her head in her hands. Although viewers have yet to discover the reason for her tearful scene, it’s clear fans noticed the luxe Hermès throw folded neatly behind her in the shot — although its high price point might have detracted just a few from clicking “add to cart.”

Would you spend $1625 on an Hermes blanket? I would not, but then again, I use my blankets. I love a good throw blanket and I love a good layering blanket on my bed. The more inexpensive blankets work just as well! But still, I can’t wait to see what other items are strategically placed in their home-interviews. That’s crazy to think of how much interest there was in Hermes blankets just from one small glimpse in the trailer. Meghan should honestly get some brand ambassadorships, any label that partners with her will be selling out.

Meanwhile, Kensington Palace is still leaking all kinds of sh-t about the Sussexes based on the two trailers, this time to the Daily Beast. Suddenly, the royals care a lot about “authenticity,” if you can believe that. A former Buckingham Palace staffer claims that the Netflix show “looks like it’s going to be significantly less authentic than The Crown.” William is still raging too, with one of William’s friends telling the Daily Beast: “People are just rolling their eyes at this stage. The fact that Netflix have used footage so misleadingly in the trailers alone tells you all you need to know about this couple.” I can just picture William turning beet-red, screaming down the phone, “It’s about authenticity, damn it and tell them we are rolling our eyes AND we had an Hermes blanket before Harry!!!” 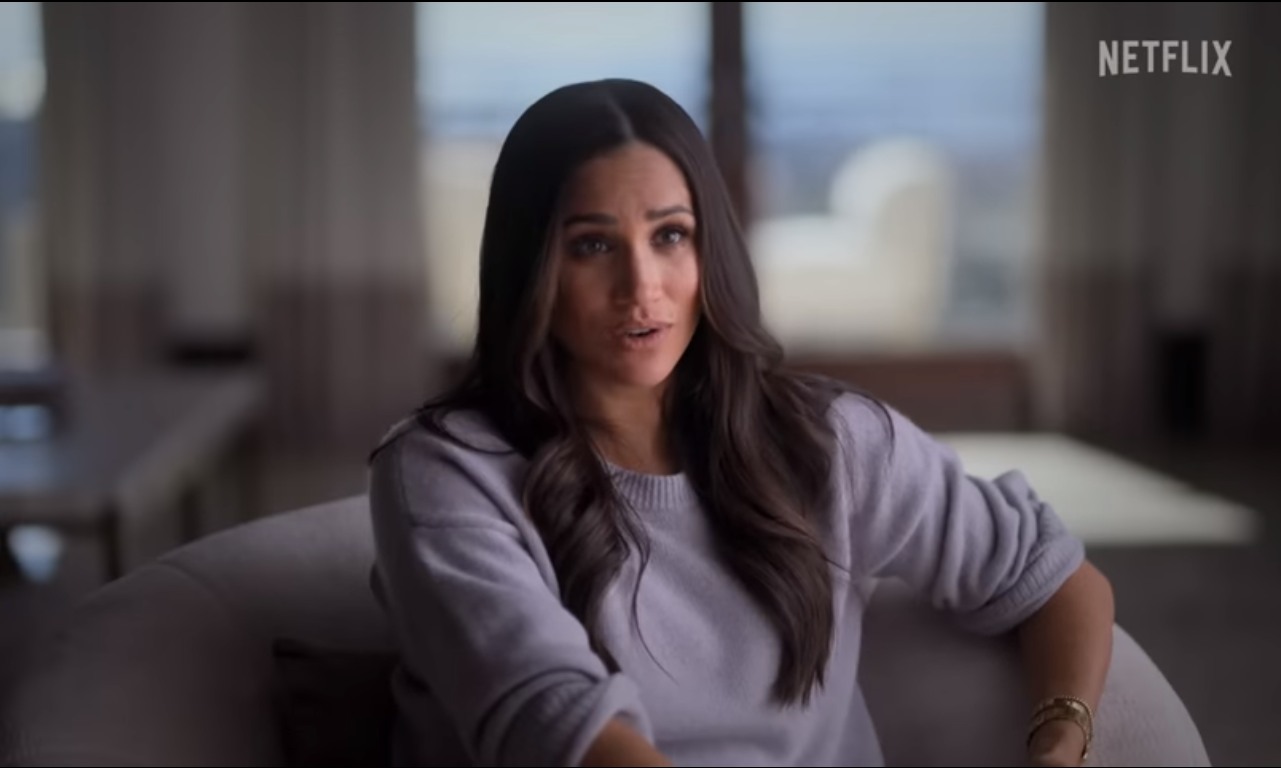 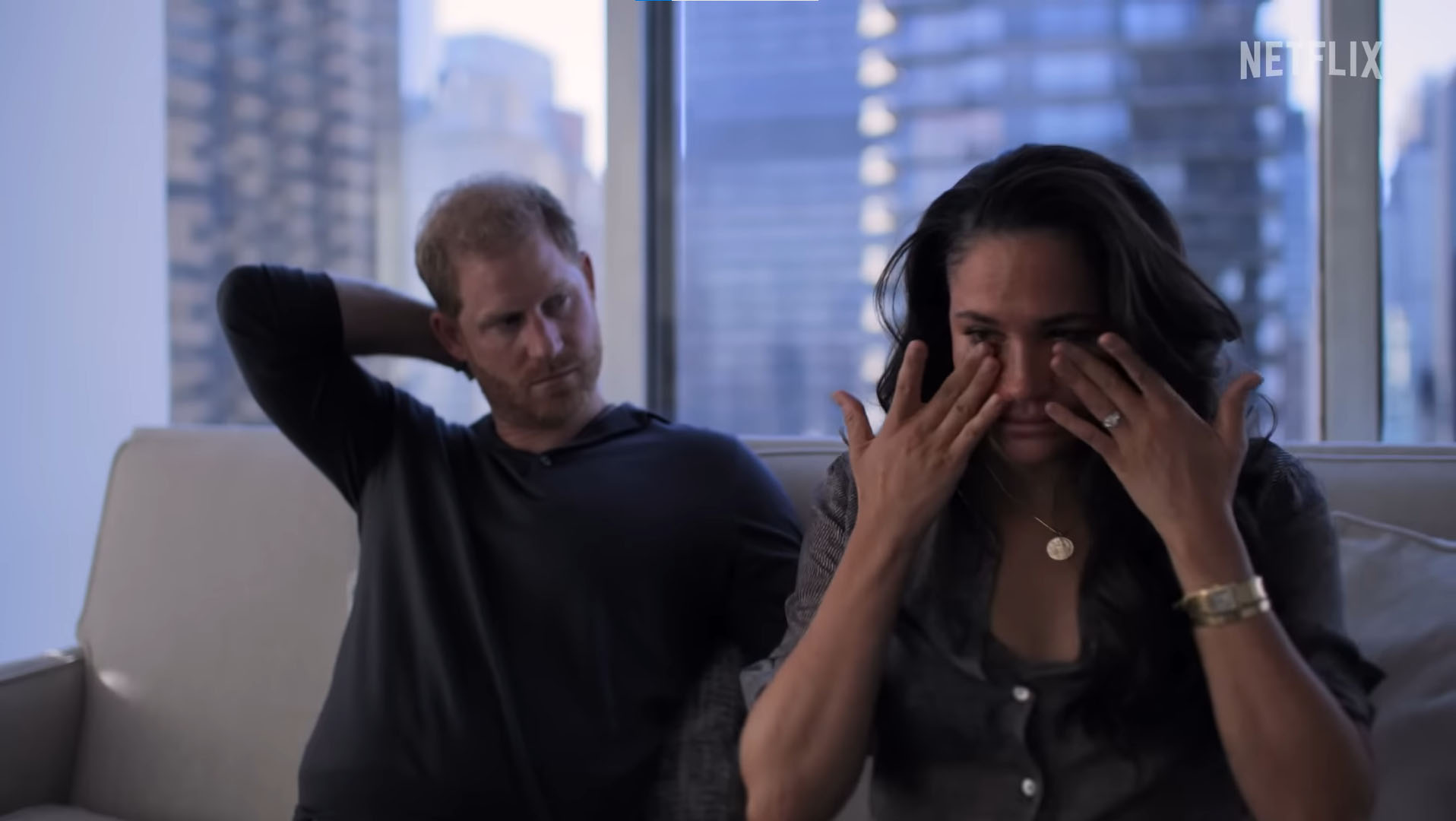 bitchy | Duchess Meghan called herself an only child, which ‘defamed’ Samantha Markle?

bitchy | Paulina Porizkova: telling a woman what to do to be attractive is shaming her