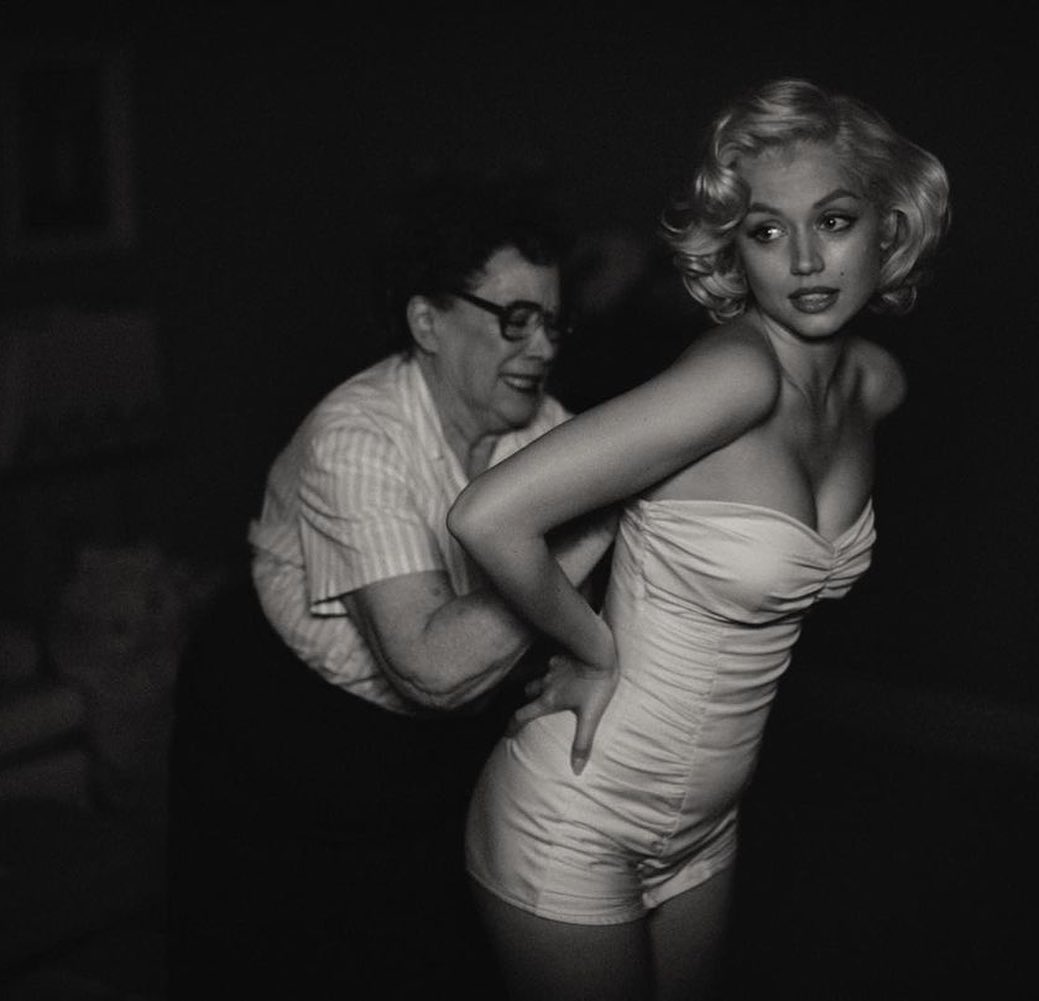 I’ll give Ana de Armas some credit: she was able to somewhat easily recreate Marilyn Monroe’s look and general physical presence for Blonde. When Ana was cast as MM, I think most people didn’t believe she would be able to pull off any part of it. There’s a new trailer – the first full-length trailer – and she is absolutely pulling off some parts of Marilyn. The biggest problem might be Ana’s voice and accent? Marilyn absolutely used that breathy little-girl voice in movies, but she didn’t talk that way all the time. I hear Ana’s Cuban accent too. I mean, it is what it is, and Ana is trying to recreate MM’s voice.

Before this moment, I didn’t realize that Bobby Cannavale had been cast as Joe DeMaggio and Adrien Brody is playing Arthur Miller. Apparently, the movie doesn’t use those names, probably because DeMaggio and Miller’s estates wouldn’t authorize it. The film also has Julianne Nicholson, Garret Dillahunt, Scoot McNairy and a lot of people I don’t recognize off the top of my head. Caspar Phillipson plays JFK.

Anyway, the book is such a huge downer and I expect the movie will be too. Still, I’ll probably watch it. I want to see what Ana does with this role and now I’m obsessed with Cannavale as DiMaggio.

bitchy | Brooke Smith: If you can find people with your interests, you can create whatever you want