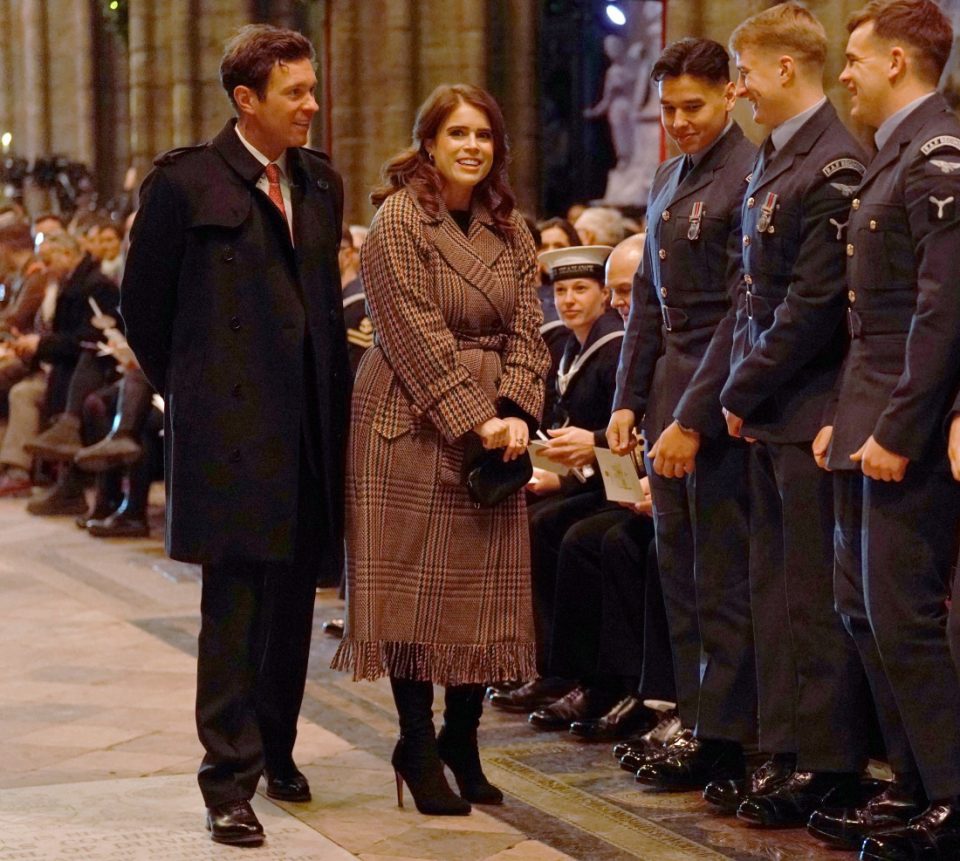 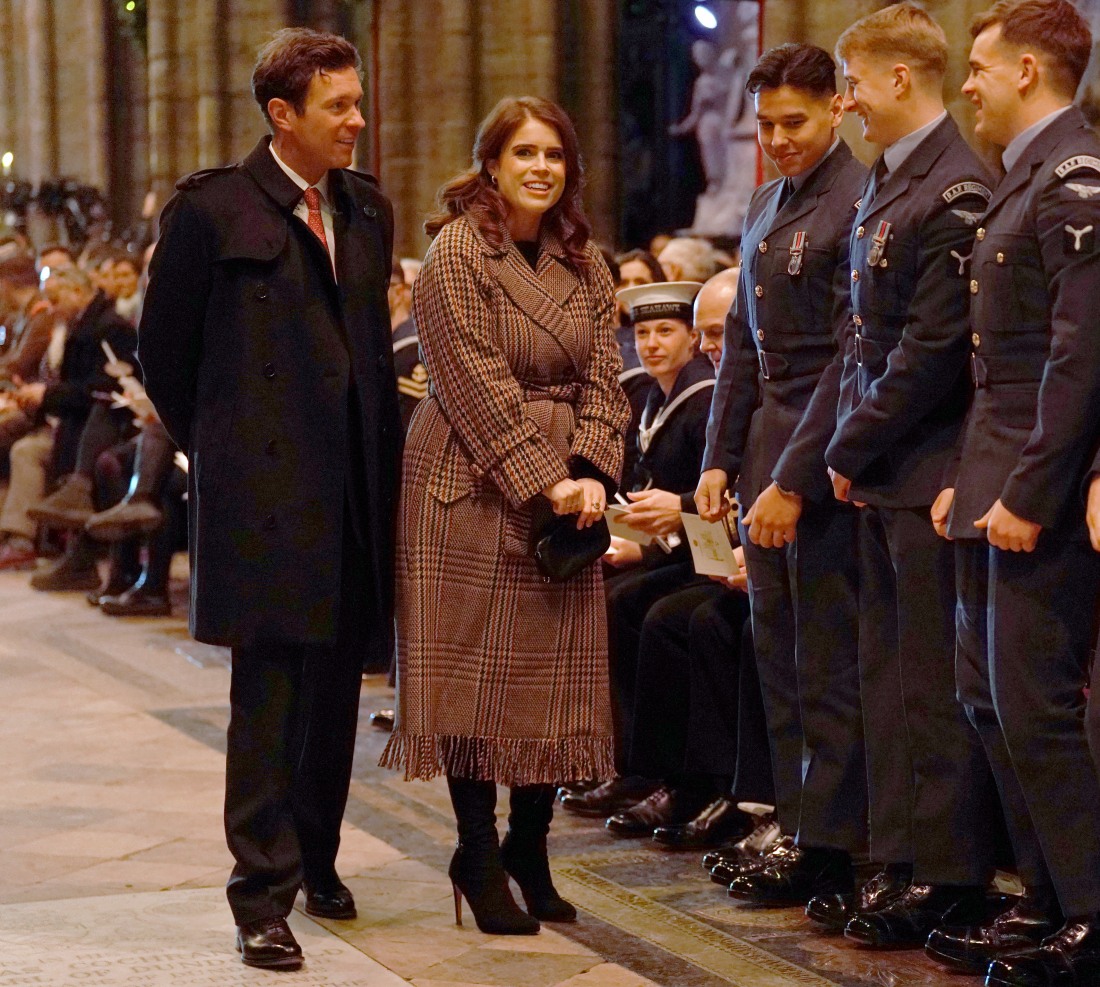 Back in the day, the royalists were fond of saying that the Duchess of Cambridge was the sister Prince Harry never had. I always thought their relationship was more complicated than that, and that’s been shown to be true in the long-run. Kate liked to flirt with Harry and she loved attention from him, and her one-sided obsession was poisoned as soon as Harry fell for Meghan. Meanwhile, it looks like Princess Eugenie was actually the sister Harry never had this whole time – Harry was always said to be especially close to his York cousins, and as they’ve gotten older, Eugenie and Harry have a very real friendship. She’s the only Windsor to have visited the Sussexes in California, and I still believe that Eugenie was a big part of how the Sussexes were able to communicate with QEII without her aides knowing.

As we saw during the Jubbly and, more recently, at Kate’s Together at Christmas special, Eugenie is still invited to royal events even though she’s not a working royal. Eugenie and Jack are living part-time in Portugal as well, where Jack has a big new job. Getting away from the Windsor rats has done wonders for Eugenie, and I bet that’s increased her alliance with Harry too. Well, none of that is sitting well with a certain rage-monster. The Telegraph had a piece about how Eugenie needs to “pick a side.” This absolutely came from William.

It’s the week before Christmas and people around Britain are wondering warily whether any family grievances will play out at the dinner table. Add to this a global media spotlight, a gripping Netflix documentary and the future of the British monarchy and the result is explosive to say the least.

Relations between the two royal brothers have now broken down to the point where there is no question of Harry and Meghan celebrating Christmas anywhere within the same time zone of Sandringham. But spare a thought for Princess Eugenie – who has found herself caught out as what was once a reasonable middle ground transforms into no man’s land.

[The bond between the Sussexes and Brooksbanks] must have felt entirely natural until Harry and Meghan decided to split with the institution. At first, the world assumed that close family relations could continue even after the couple had stepped back from active service. However, their explosive Oprah interview in March 2021 quickly put paid to that and it was at this point that most members of the family were probably rethinking their relationship with the once popular prince.

Eugenie remained an exception. In an Instagram story last August, she wished Meghan a happy birthday and committed to 40 minutes of community service for Meghan’s 40×40 mentoring project; earlier this year the princess was pictured at the Super Bowl with Harry, and in the Harry & Meghan docuseries she is shown playing on the beach with Archie.

Many women will recognise the role of peacekeeper that Eugenie has taken on, but her loyalty to the couple also leaves her in an undeniably difficult situation now the dust has well and truly settled. One might imagine that family members encouraged her to keep lines of communication open with the California-based prince, but surely the accusations the couple level in their Netflix documentary and Harry’s memoir publishing on January 10 means there is now no path to reconciliation for the foreseeable.

As a result, a go-between is also not much use, and Eugenie’s role as peacekeeper may appear to some as betrayal. Ultimately when a battle is this fraught, you have to choose which side to stand on – and hovering in the middle rarely wins you many friends. Perhaps it is no coincidence that at Thursday’s Christmas carol concert at Westminster Abbey organised by the Princess of Wales, Eugenie was one of few royals not wearing a burgundy-hued coat – a colour some have speculated was chosen as a sign of unity.

For now, Eugenie appears to be spending Christmas at Sandringham, with Jack and August, their baby son, as the family comes together for their first festive holiday without the late Queen Elizabeth II. For the sake of everyone’s yuletide cheer, Eugenie should probably ensure any communication with her cousin is made from the privacy of her bedroom.

As I said, this clearly comes from William. Not even the Petty King Charles is whining to the Telegraph about how Eugenie and Harry are still close. Some Sussex critics have complained that Harry and Meghan have a “siege mentality,” which I think is both a legitimate criticism AND it’s perfectly reasonable for them to feel that way (you’re not paranoid if they’re really after you, etc). I bring that up because William shares it too, only he has a siege mentality AND he’s laying siege to the Sussexes. He’s screeching: “MY WAY OR THE HIGHWAY! YOU CAN’T BE FRIENDS WITH HARRY, EVERYONE IS PLOTTING AGAINST ME.” Eugenie literally does not have to choose. She can maintain her friendship with Harry and Meghan and still be part of the damn Windsor cult. The real question is: will William really press this issue and try to bully and punish Eugenie? 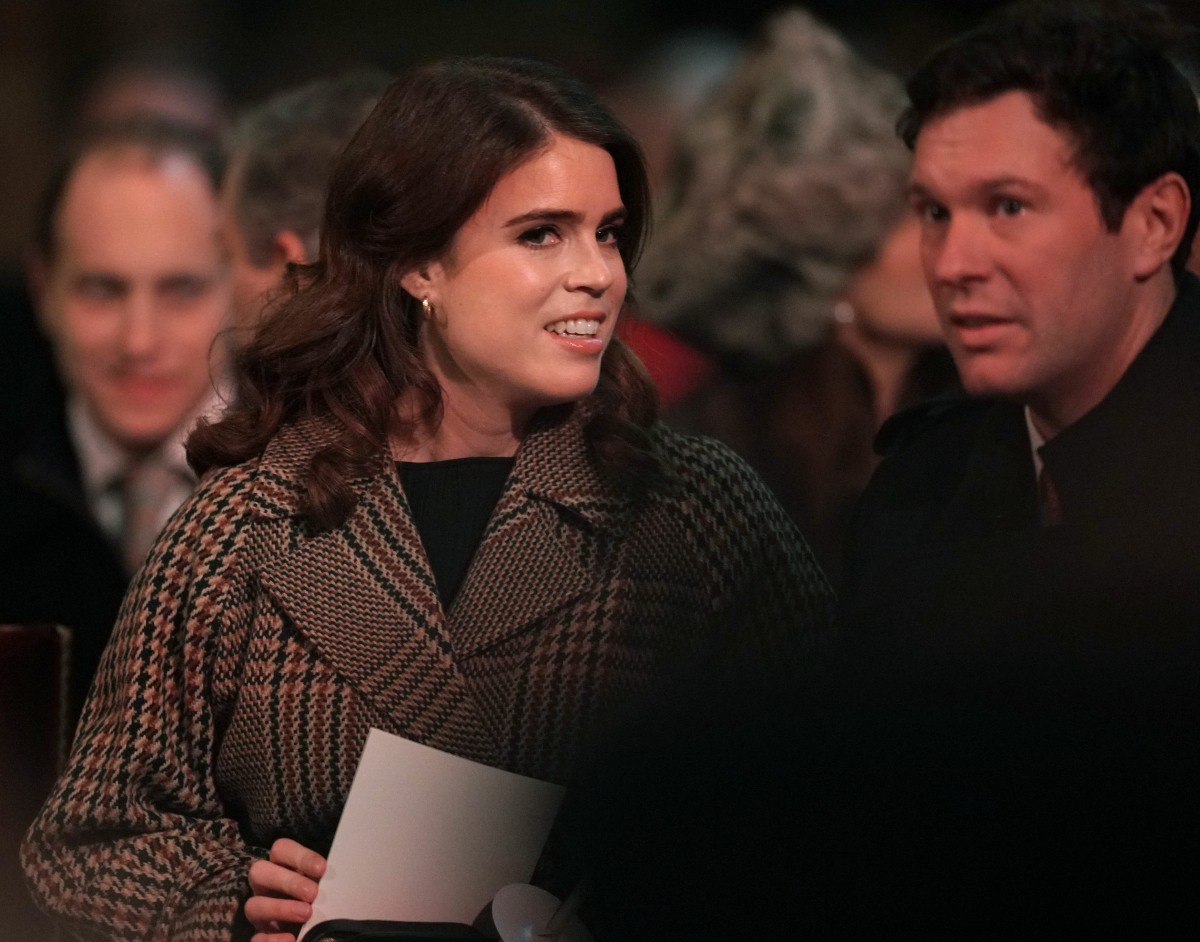 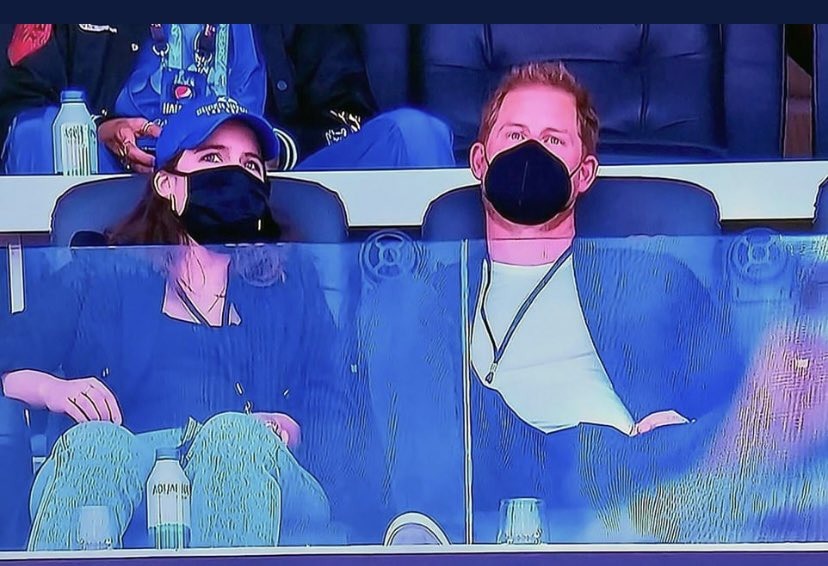 Princess Eugenie and Jack Brooksbank arriving for the ‘Together at Christmas’ Carol Service at Westminster Abbey in London. The service will be broadcast on ITV1 on Christmas Eve as part of a Royal Carols: Together At Christmas programme, narrated by Catherine Zeta Jones and featuring an introduction by Kate and tributes to Queen Elizabeth II.,Image: 744946560, License: Rights-managed, Restrictions: , Model Release: no, Credit line: Kirsty O’Connor / Avalon

Princess Eugenie and Jack Brooksbank during the ‘Together at Christmas’ Carol Service at Westminster Abbey in London. The service will be broadcast on ITV1 on Christmas Eve as part of a Royal Carols: Together At Christmas programme, narrated by Catherine Zeta Jones and featuring an introduction by Kate and tributes to Queen Elizabeth II.,Image: 744946585, License: Rights-managed, Restrictions: , Model Release: no, Credit line: Yui Mok / Avalon

London, UNITED KINGDOM – Members Of The Royal Family Attend ‘Together At Christmas’ Carol Service At Westminster Abbey in London.

London, UNITED KINGDOM – Members Of The Royal Family Attend ‘Together At Christmas’ Carol Service At Westminster Abbey in London.

bitchy | Scobie: Of course Prince William & the palace leaked against the Sussexes

bitchy | Brooklyn Beckham: ‘I can’t wait to be a dad. I’m ready to have kids’