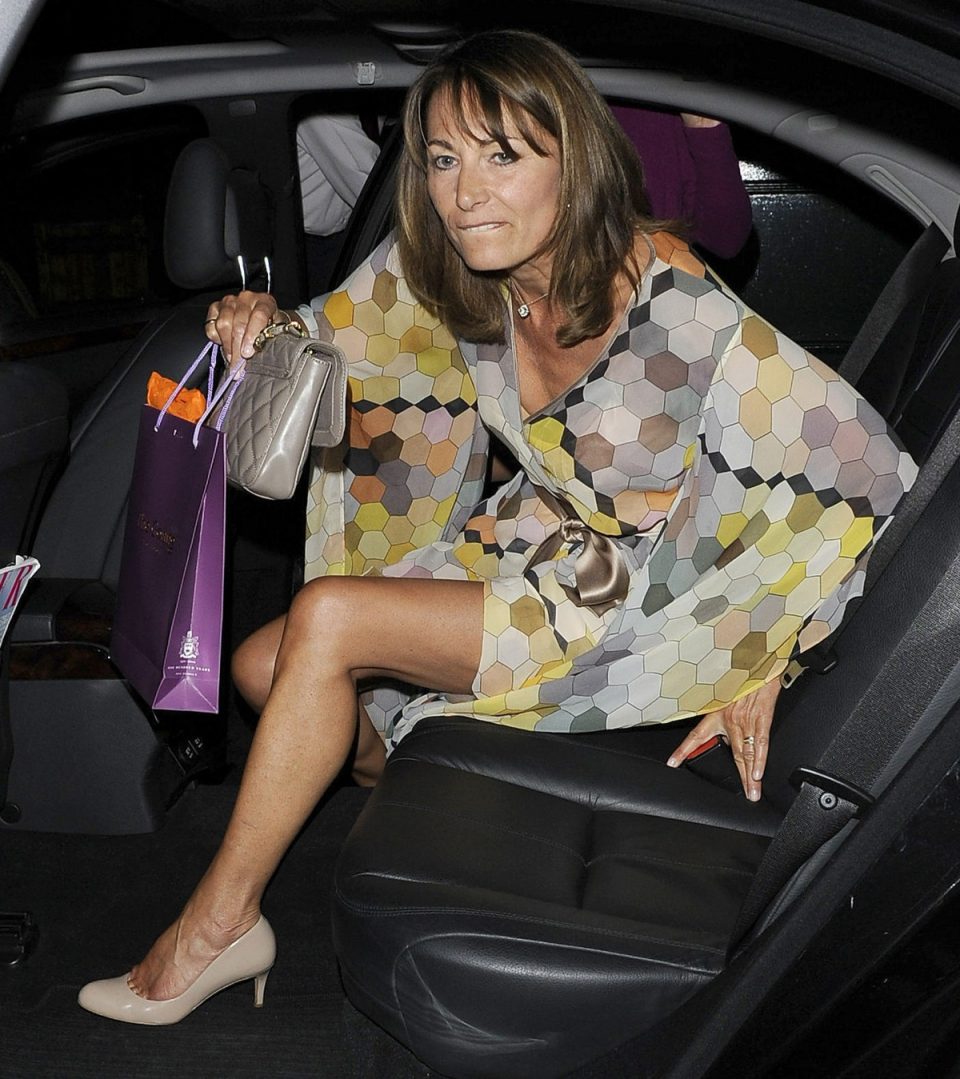 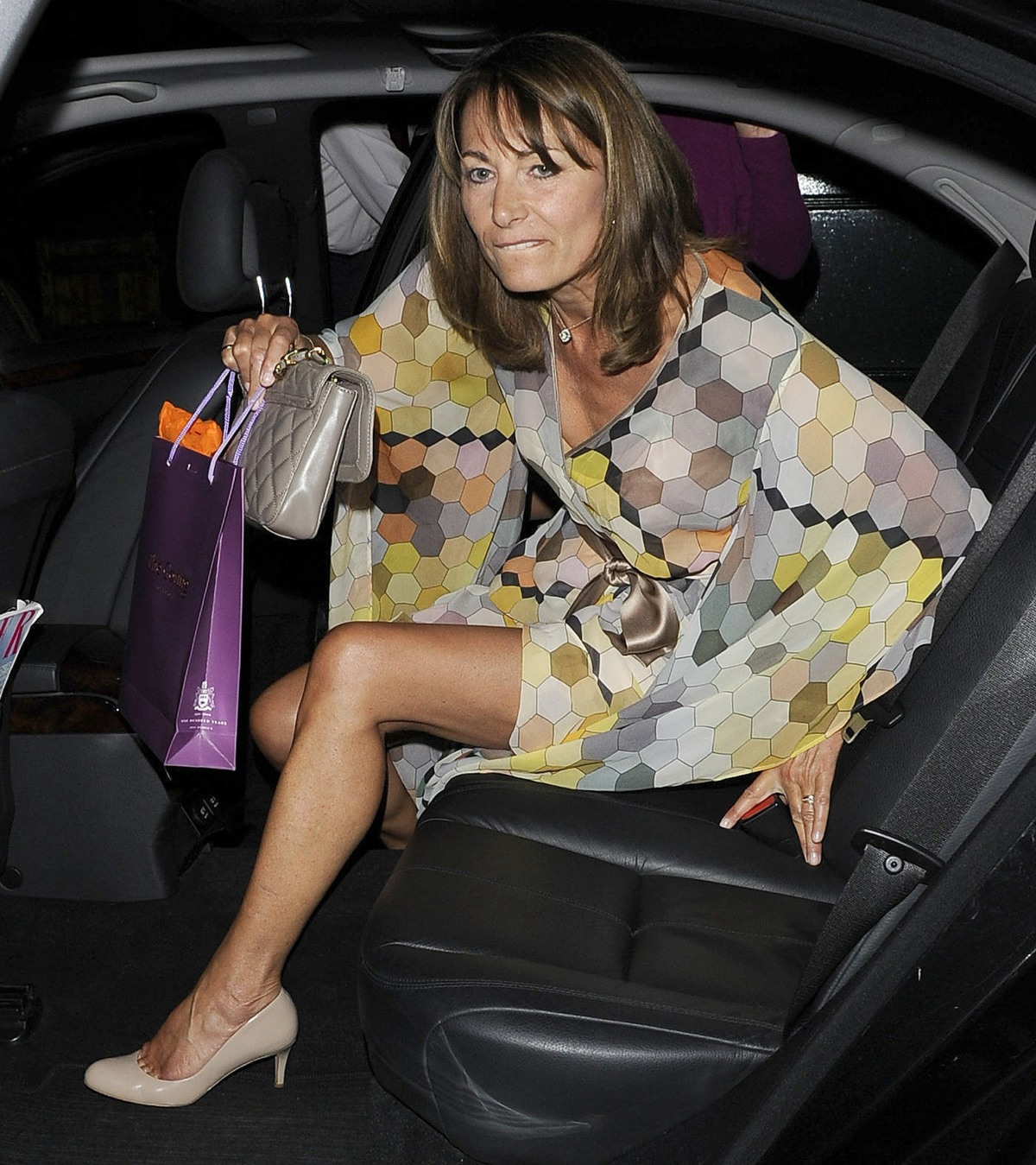 The Telegraph recently had a piece with this headline: “How the Middletons are finally cracking America.” “Finally” is saying a lot? As is “cracking.” The piece is about how Carole Middleton has now launched a Party Pieces line in America, specifically the ShopRite grocery store chain based in New Jersey. A few weeks ago, Carole even traveled to the wondrous Garden State to pose in a ShopRite. Because Salt Island’s media figures are idiots who don’t understand America or American audiences, they think New Jersey is just the land of Teresa Guidice, Tony Soprano and, now, the Future Queen’s Mother. But really, this Telegraph piece is just an excuse to compare-and-contrast Carole Middleton and… the Sussexes. Hilarity ensues.

Britsplaining New Jersey: Carole isn’t the first woman to launch her product range at this ShopRite in New Jersey. Three years ago Teresa Giudice – the star of Real Housewives of New Jersey – sold her peach and raspberry-flavoured sparkling wine at the same supermarket. New Jersey is pure The Sopranos territory: multi-lane highways, strip-light malls and a strong Italian immigrant population. Guidice fits right in; Carole Middleton – the mother to Britain’s next Queen – not so much.

ShopRite is not highbrow: “It’s a bit of a head-scratcher because this is not our version of Waitrose,” says New York-based writer Eloise Parker, “and it’s definitely not Macy’s. It’s also not somewhere I could see Carole shopping.”

Publicity-shy Carole: As in the UK, Party Pieces will remain focused on pretty but disposable children’s party fare, although new themes like the not-so-subtly named ‘A Very English Rose’ give a nod to the American audience – and an older clientele. More interesting is the ShopRite marketing campaign, which stars the usually publicity-shy Carole Middleton. Plastered all around the stores are life-size cutouts of her dressed in the sort of high-end country casuals Martha Stewart is fond of.

Carole is “echoing the sort of go-getting chutzpah the Duchess of Sussex is famed for.” It is difficult to find much information, but Covid is thought to have hit the business hard – or at least set its business plans back. But now its international expansion is finally taking place, and in an Amazon-dominated world, America is definitely where you go to rev things up. Not only is the potential market five times the size of Britain’s, the Windsor connection there is gold: Sarah Ferguson knew it, and the Duke and Duchess of Sussex have banked their future livelihood on it too.

Americans won’t know Carole? “You can get party products in a thousand places in the US – Party City outlets are literally across the street from ShopRite stores,” says Parker. “People won’t necessarily know who Carole is, but there is real power in the Middleton name as Catherine is still referred to as Kate Middleton in most of the American press.”

Carole, member of the royal family: Still, the family has to tread lightly. Carole and Michael Middleton have always been the masters of discretion, rarely putting a foot wrong and steadfastly refusing to engage in any press questions about their son-in-law. Had they not, those invitations to Balmoral and Sandringham would have quickly dried up; as it is, the Prince of Wales has ensured they are not only members of his family but of the Royal Family. Clearly determined not to jeopardise this, Carole has so far given no interviews to promote this collaboration with ShopRite – and while she has visited the New Jersey store in person, nowhere in the press release or on any of the posters is there a single mention of the Royal family or of her famous daughter.

Carole would never trade on Kate’s marriage!! It is a delicate balancing act – but this subtle approach has won fans on both sides of the Atlantic. Where Meghan has exposed every piece of royal dirty laundry she can find, Carole has never traded on her eldest daughter’s marriage.

America is obsessed with the Middletons: “America is obsessed with Kate and her family because of how poised but also how discreet they all are,” says British-based US journalist Helen Kirwan-Taylor. “Meghan has done the opposite and she has blown it in their eyes. I think [the ShopRite collaboration] is a clever move: anything that sniffs of royalty and the Queen will be popular – and especially at a low-cost point. Plus, the more subtle the branding, the better.”

“America is obsessed with Kate and her family because of how poised but also how discreet they all are. Meghan has done the opposite and she has blown it in their eyes.” Meghan and Harry effortlessly went highbrow with their personal and professional branding, making big-money deals with Spotify and Netflix. Harry is a Chief Impact Officer at a billion-dollar San Francisco-based mental coaching service, BetterUp. Meghan wears bespoke Dior and Valentino, and she’s profiled by Variety and New York Magazine. Meanwhile, Carole thinks her parochial Bucklebury-mum shtick will land in America, all while being too pompous to actually give interviews to promote the lowbrow collaboration with ShopRite. Also: Carole has literally always banked on her royal connections. She truly swans around like she’s the Queen Mum. The funniest thing is that they’re trying to act like Carole is so brilliantly lowkey when her face is posted all over the Party Pieces display. ShopRite is literally selling Party Pieces with Carole’s image.