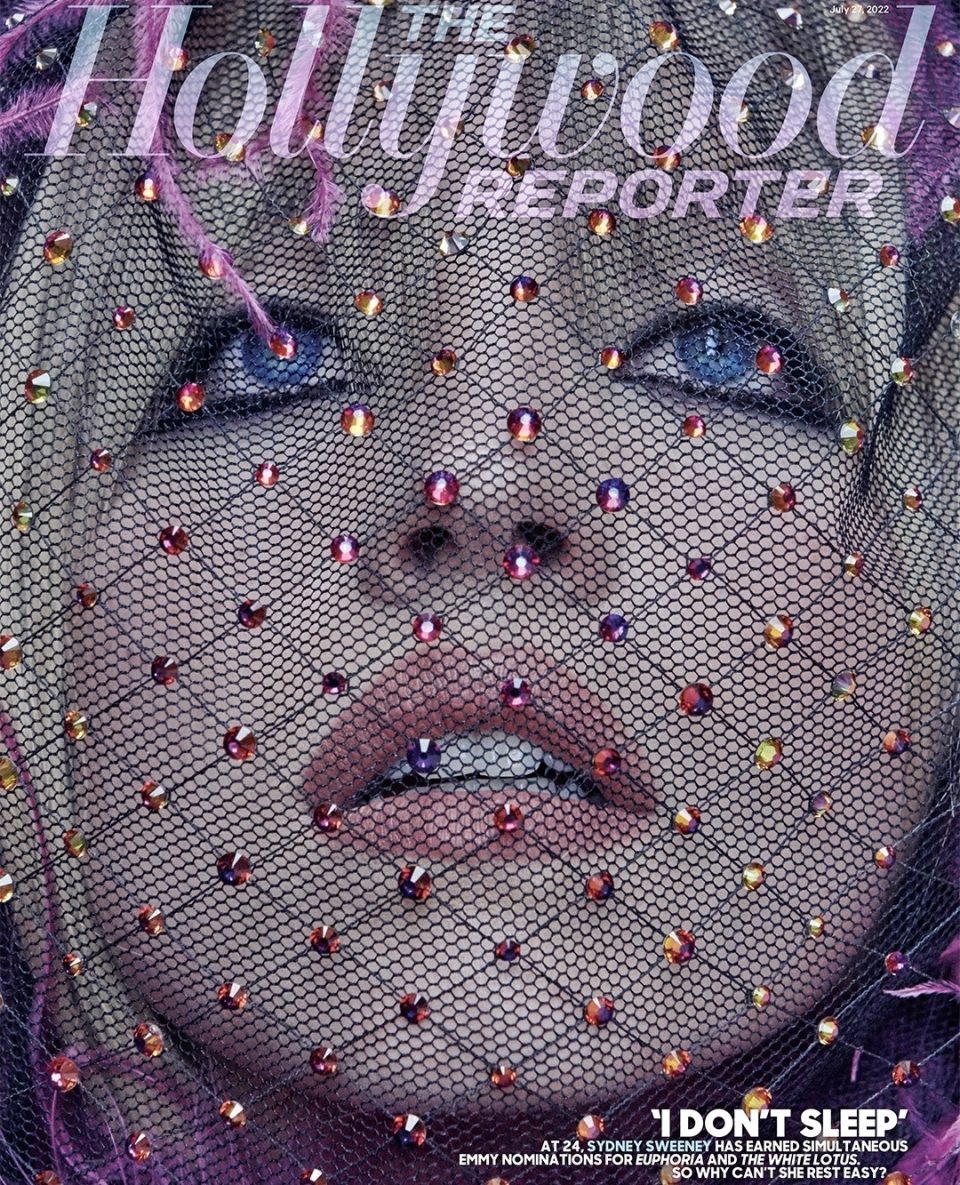 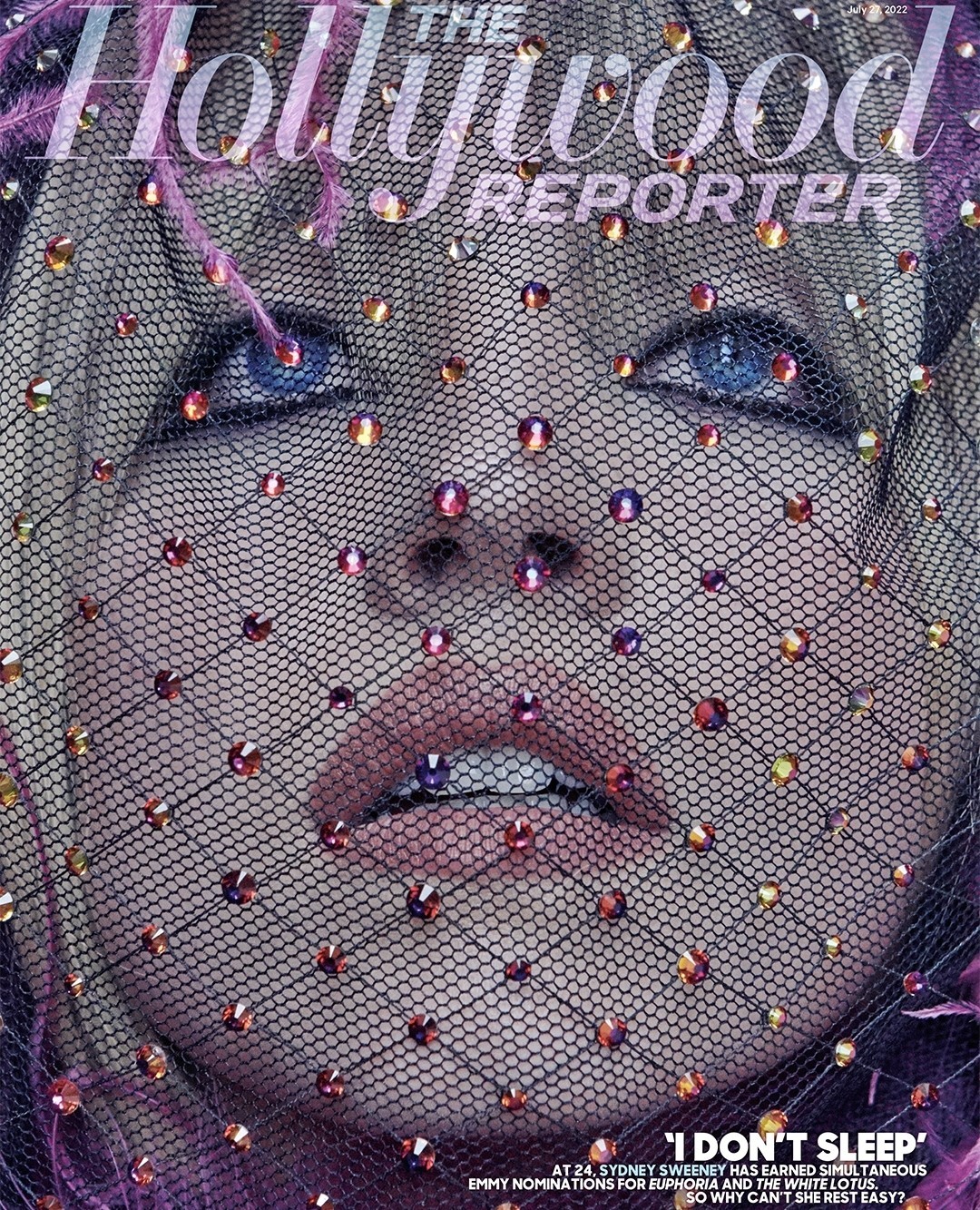 Sydney Sweeney is both an “up-and-coming” young actress and a veteran actress at the age of 24. She’s already had significant roles in The Handmaid’s Tale, Euphoria, The White Lotus, and she’s currently filming Madame Web. Sweeney isn’t a nepotism baby – she came from a lower-middle-class family in Washington State, and her family moved to LA when she was 13 so she could work. Any kind of financial success didn’t come until about three or four years ago, and it’s abundantly clear in Sweeney’s THR cover story that she still thinks about and worries about money constantly. Her comments about money have become a big conversation in and out of Hollywood. Some highlights from THR:

Trying to book jobs as a teenager: “The rejection you get while you’re trying to learn to be yourself is insane. It’s insane how adults look at you.”

She still feels like a Hollywood outsider: “I had no idea getting into this industry how many people have connections. I started from ground zero, and I know how f–king hard it is. Now I see how someone can just walk in a door, and I’m like, ‘I worked my f–king ass off for 10 years for this.’”

When she’s asked about her rumored engagement to Jonathan Davino: She declines to comment on her relationship status and doesn’t wear a ring to the interview. “I want to have a family, I’ve always wanted to be a young mom, and I’m worried about how this industry puts stigmas on young women who have children and looks at them in a different light. I was worried that, if I don’t work, there is no money and no support for kids I would have.”

The negotiator: There’s no longer a pressure to say yes to every offer, and she’s learned not only to negotiate her salary but to revel in the process of standing up for herself, yet she’s filling her schedule with as many movies and series as she can pack in. “If I wanted to take a six-month break, I don’t have income to cover that. I don’t have someone supporting me, I don’t have anyone I can turn to, to pay my bills or call for help.”

HBO paychecks aren’t what they used to be: “They don’t pay actors like they used to, and with streamers, you no longer get residuals. The established stars still get paid, but I have to give 5 percent to my lawyer, 10 percent to my agents, 3 percent or something like that to my business manager. I have to pay my publicist every month, and that’s more than my mortgage.”

She takes modeling jobs to support herself: To stay relevant as a young actress, particularly one so deeply entrenched in and reliant on the internet generation, requires investment. There’s a lot of press to do, and the associated costs — styling, tailoring, hair and makeup, travel — aren’t always covered by a network. She says this is what motivated her pivot into brand deals, taking gigs as a Miu Miu ambassador and starring in an Armani beauty campaign: “If I just acted, I wouldn’t be able to afford my life in L.A. I take deals because I have to.”

She bought a house, but not in a ritzy gated community: She deadpans that she maxed out with this home purchase; there’s nothing left for a gate. “I couldn’t believe I was even able to buy a house. I want to be able to stay there.”

I wonder if she’s already gotten some calls from HBO higher ups, and I wonder if her comments were slightly pointed about how (I believe) Zendaya is making bank on Euphoria, but the other actors aren’t. I also wonder if SAG-Aftra shouldn’t negotiate some better residuals deals for actors whose works end up on streaming, because that seems like a huge actors-union issue. I appreciate that she’s talking about the real costs of being a young, working actress, and it reminded me of… well Gwyneth Paltrow’s recent tone-deaf, privileged comments about how she has to work twice as hard because she’s a product of nepotism. Gwyneth probably thinks her journey was similar to Sydney’s too.

bitchy | Will Smith did a YouTube apology to Chris Rock, Jada & the Oscar nominees

bitchy | Mayer: ‘Spare’ could be the beginning of the end of the British monarchy