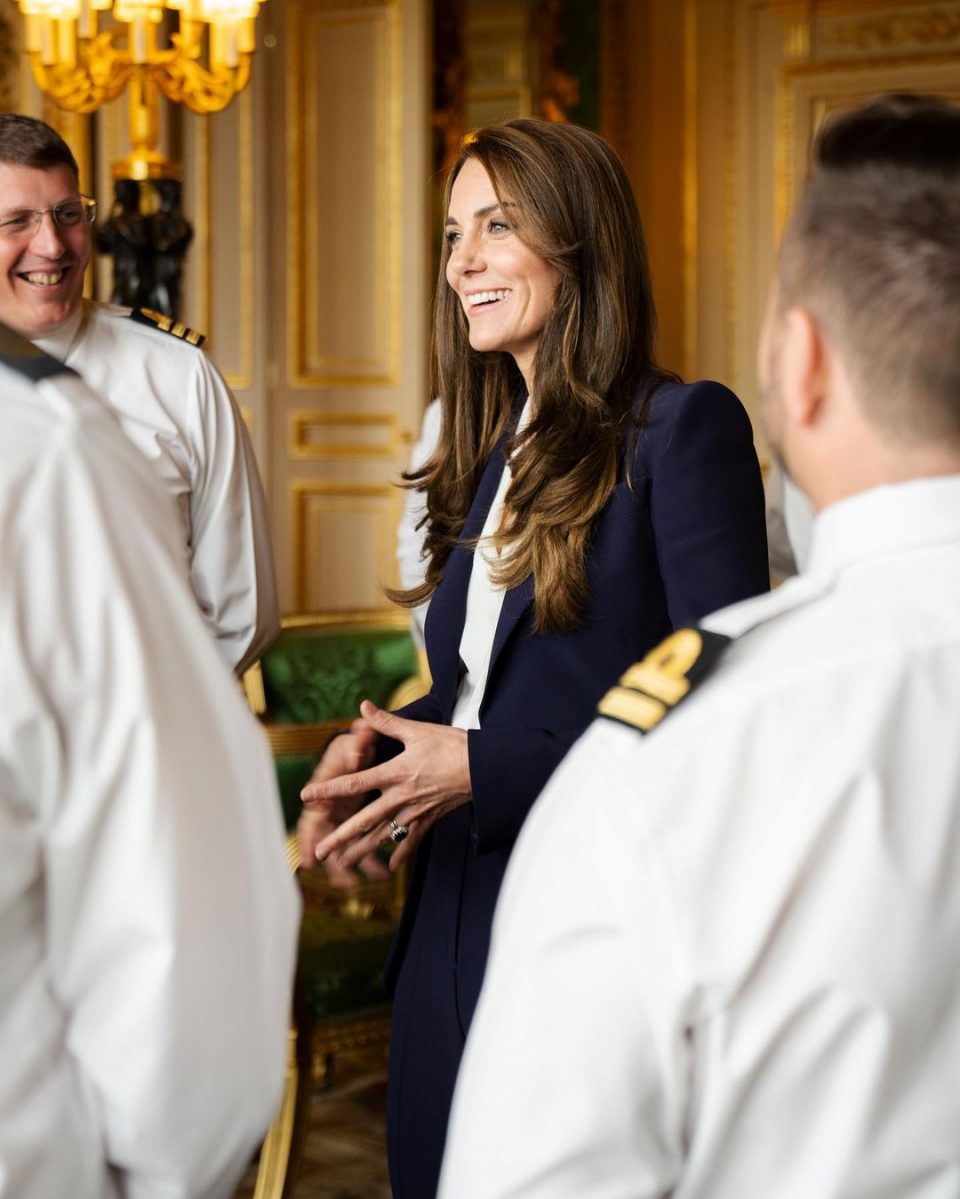 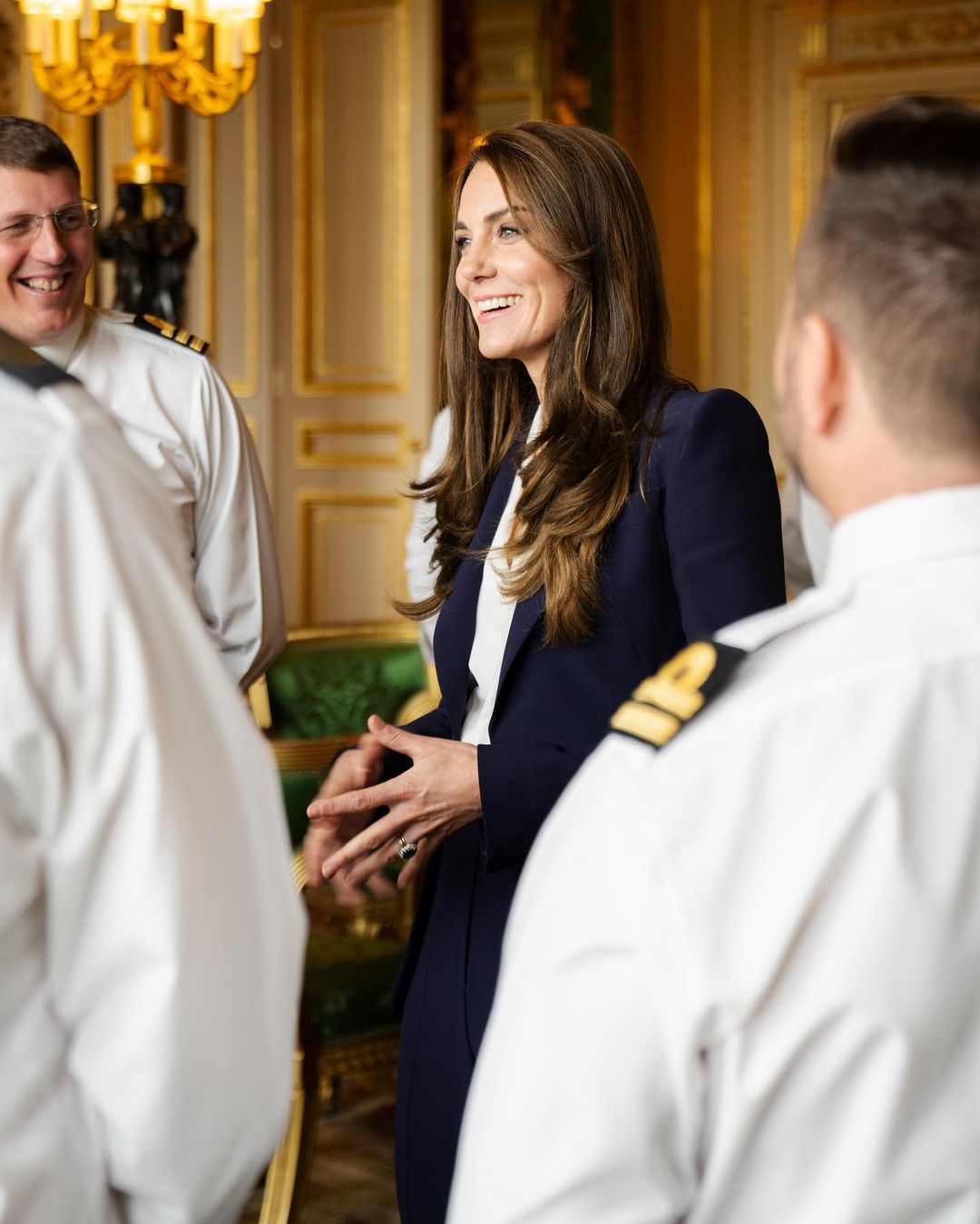 On Thursday, the Princess of Wales had an “event” at Windsor Castle. Considering Kate is now fully doing meet-and-greets and events within Windsor Castle, my guess is that William and Kate were truly measuring the drapes the day after QEII’s death. Kate barely even moved into Adelaide Cottage, and she put the move off so long because the family all had the feeling that QEII would not make it to the end of the year. William and Kate knew that Windsor Castle would be theirs soon enough, and here we are. My theory is that William and Kate will take different wings of the castle, and that Kate will keep up some kind of appearance she sort of still lives in Adelaide Cottage, but not really.

Anyway, this event on Thursday was Kate meeting the HMS Glasgow’s company. The HMS Glasgow is a battleship and Kate was appointed the sponsorship of the big battlegworl last year. It was a weird moment too, because Kate wasn’t actually there when she was appointed the sponsorship. QEII made her take it on and then William accepted it on Kate’s behalf when he was in Scotland (without Kate). I don’t believe the HMS Glasgow is fully functional yet (much like Kate). They’re still building her and making her sea-worthy.

From the airbrushed and hyper-selective photos, I can tell that Kate’s staff just told her to show up at a certain time and she waltzed in, gurned for a few minutes, posed for some photos and then it was off to raid the Royal Collection jewelry. 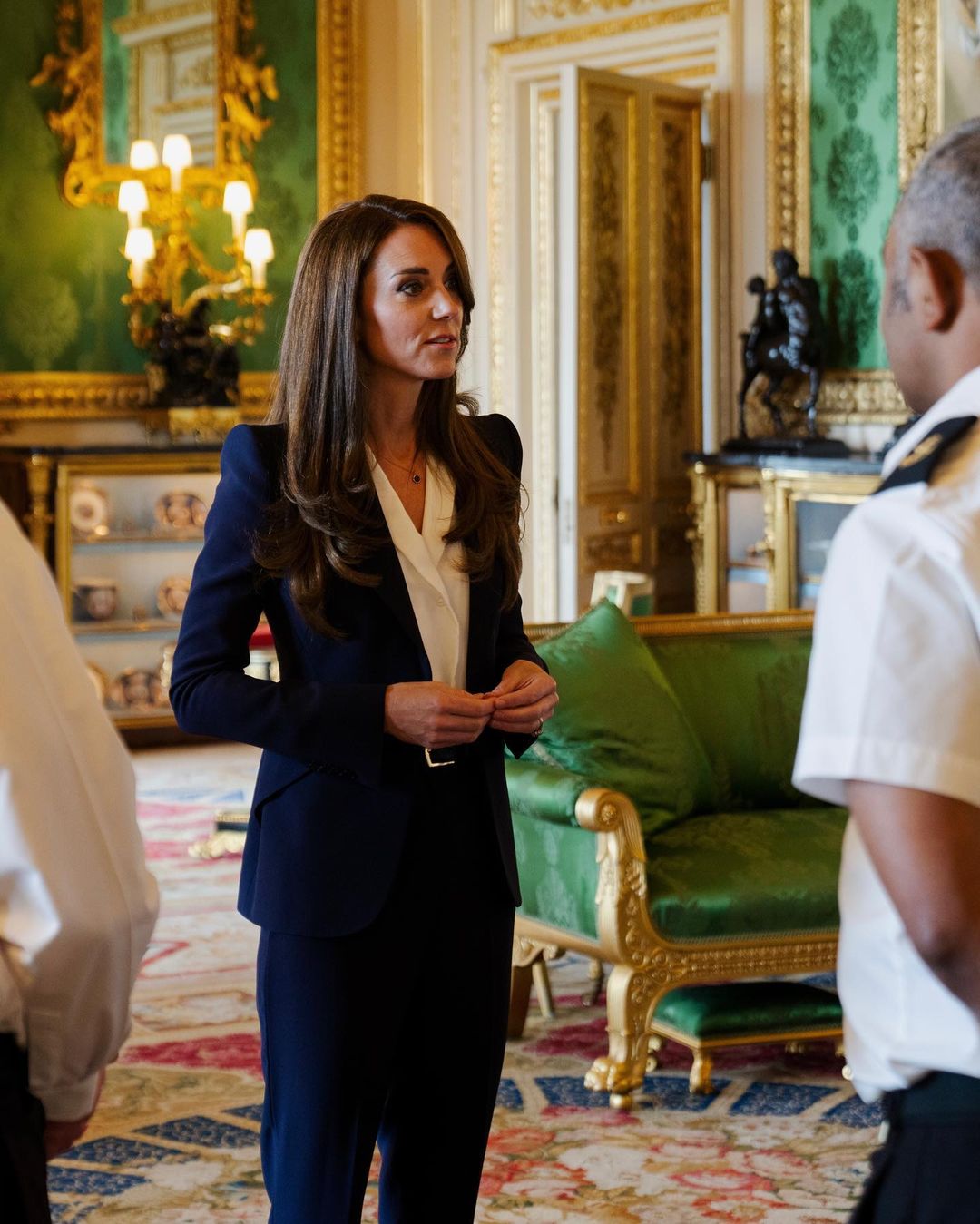 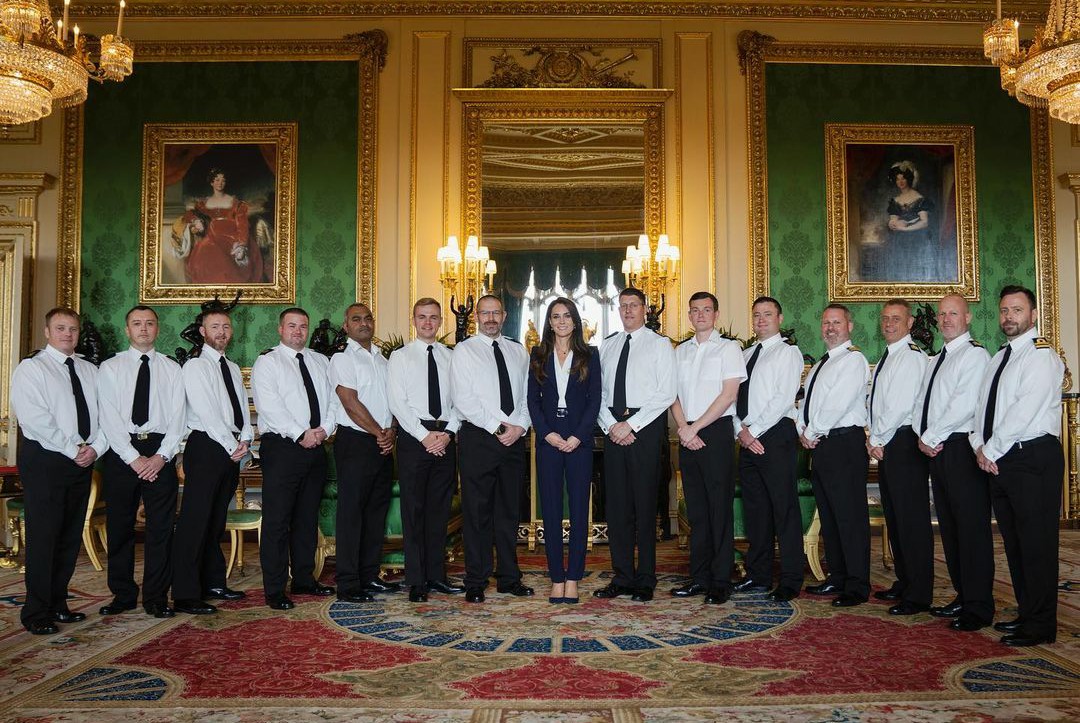