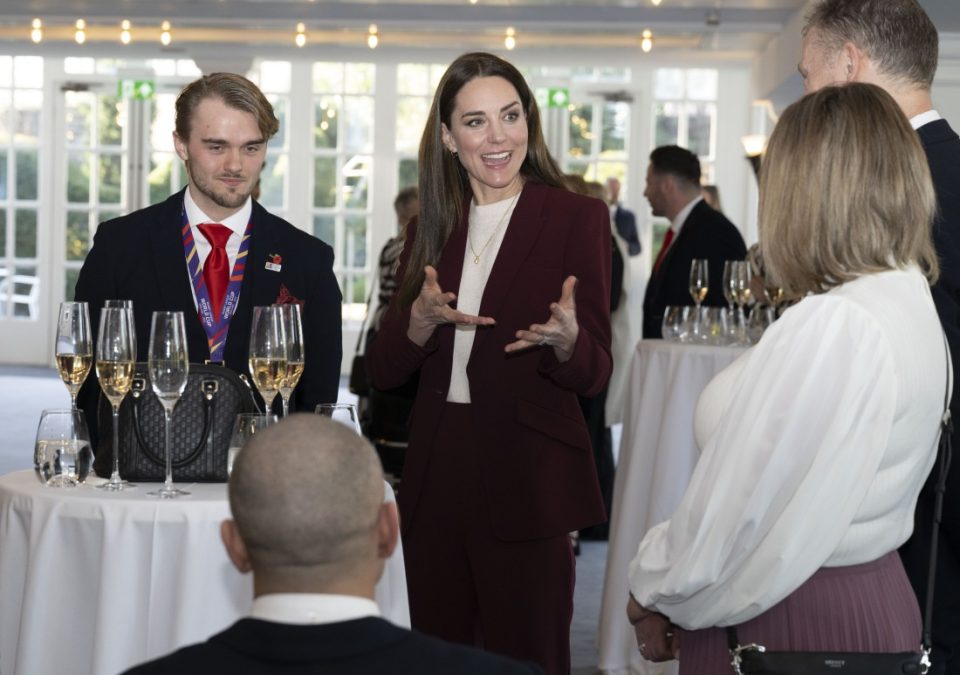 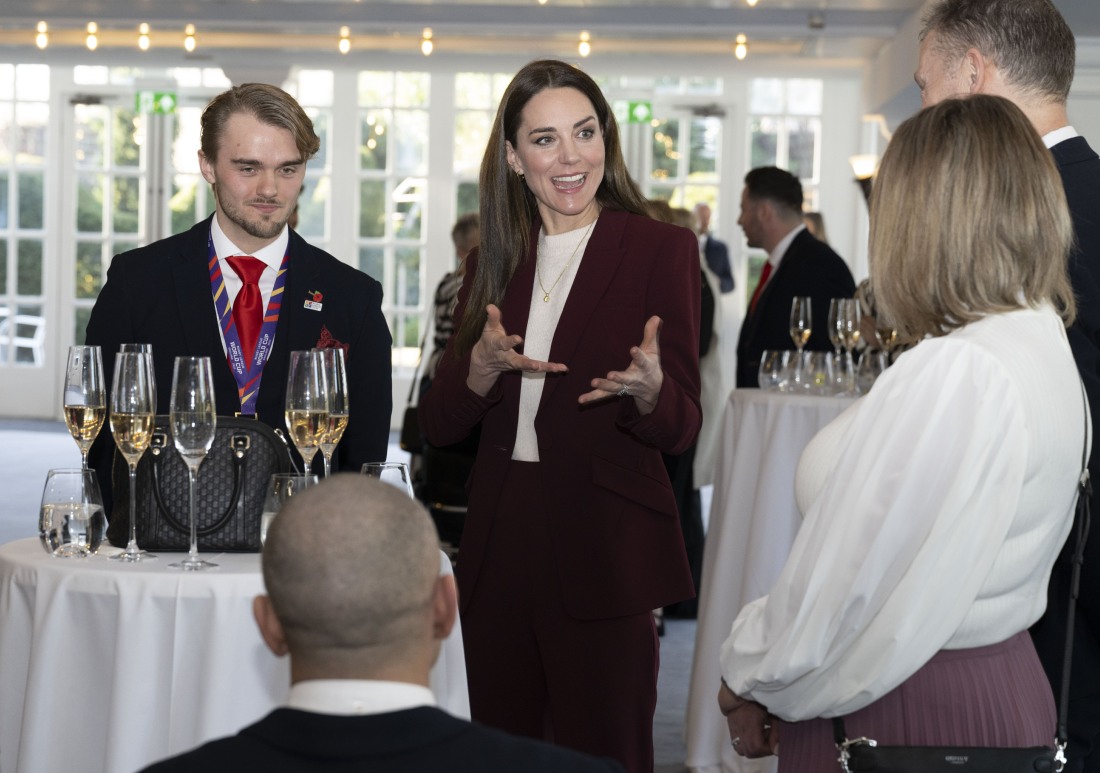 The Princess of Wales has two conversational modes: Captain Obvious or “My Kids Love That.” That’s all she has. It’s either “nursery schools are important” or “my kids love rugby/tennis/football.” Whenever she greets the Wimbledon champions in the Royal Box, she does the same thing too – she immediately launches into stories about how her kids are playing tennis. At yesterday’s reception for the England Wheelchair Rugby League, she once again had to tell these rugby champions that her son Louis is very into rugby. Then she talked about her own fitness, then she talked about how she really must come to a wheelchair rugby match (she’s literally the royal patron for all of the English rugby teams).

The Princess of Wales has revealed Prince Louis is “mad about rugby” at a reception for the England Wheelchair Rugby League squad in Hampton Court Palace. As Patron of the Rugby Football League, the Princess said she watched the squad’s November World Cup Final victory over France with her family on TV, telling the players they had “set the bar high”.

Asked whether her own children play the sport, the mother-of-three said: “We’re always slightly competitive with each other. They all love sport and Louis is mad about rugby. They are at an age where they just love running around”.

She also revealed she uses the trampoline to stay fit, telling one of the players who asked if she went to the gym: “It’s running around after the children – I do it all, whenever I can squeeze in exercise I do, even jumping on the trampoline with my children before school.”

The Duke of Sussex served as patron of the Rugby Football League until February 2021 and Kensington Palace announced that the Princess would be taking over the following year. Since then, she has been keen to show her support for the Wheelchair Rugby League and to shine a light on the increased interest in the sport.

At the palace, she met with members of the squad and coaching team to pass on her congratulations for their historic 28-24 victory over France, which marked England’s first World Cup triumph since the inaugural Wheelchair tournament that was held in Australia in 2008. The Wheelchair Final attracted a capacity crowd of 4,500, a new record for the Wheelchair Rugby League, and was watched by a seven-figure broadcast audience.

Sporting a burgundy trouser suit with a white round-neck jumper, the Princess told the players: “I bet you’ve been smiling since your win, you’ve all got used to smiling”. She said that she was “so excited” to see the squad’s trajectory after their win and remarked that it was an “amazing” final and “really well deserved”. She added that the final “really raised the profile” of wheelchair rugby, saying it “highlighted the power of the sport”.

The Princess told one of the players: “It’s this integrated network and community within the team, that’s what breeds the success…huge congratulations. You’ve set the bar really high now, I’m going to have to come and see a game firsthand”.

When one of the squad remarked that he wanted to see her visit and try playing with them in a wheelchair, she quipped: “There’s no excuse now…I’m going to have to do some upper body strength.”

[From The Daily Mirror]

The Keen apologists will say “well, at least she went to the reception.” I guess? But… it sounds like a pretty big deal that the English team made it to the final and then won the final in France! Surely their patron could have made more of an effort to actually go to the game? I don’t know. As for Louis being mad about rugby, it’s kind of weird that Louis was left at home when Kate and William took George to a rugby game last year?? And the trampoline remark… I don’t know. Did she install a trampoline at Adelaide Cottage? Is Kate hopping onto a trampoline after the school drop-off? 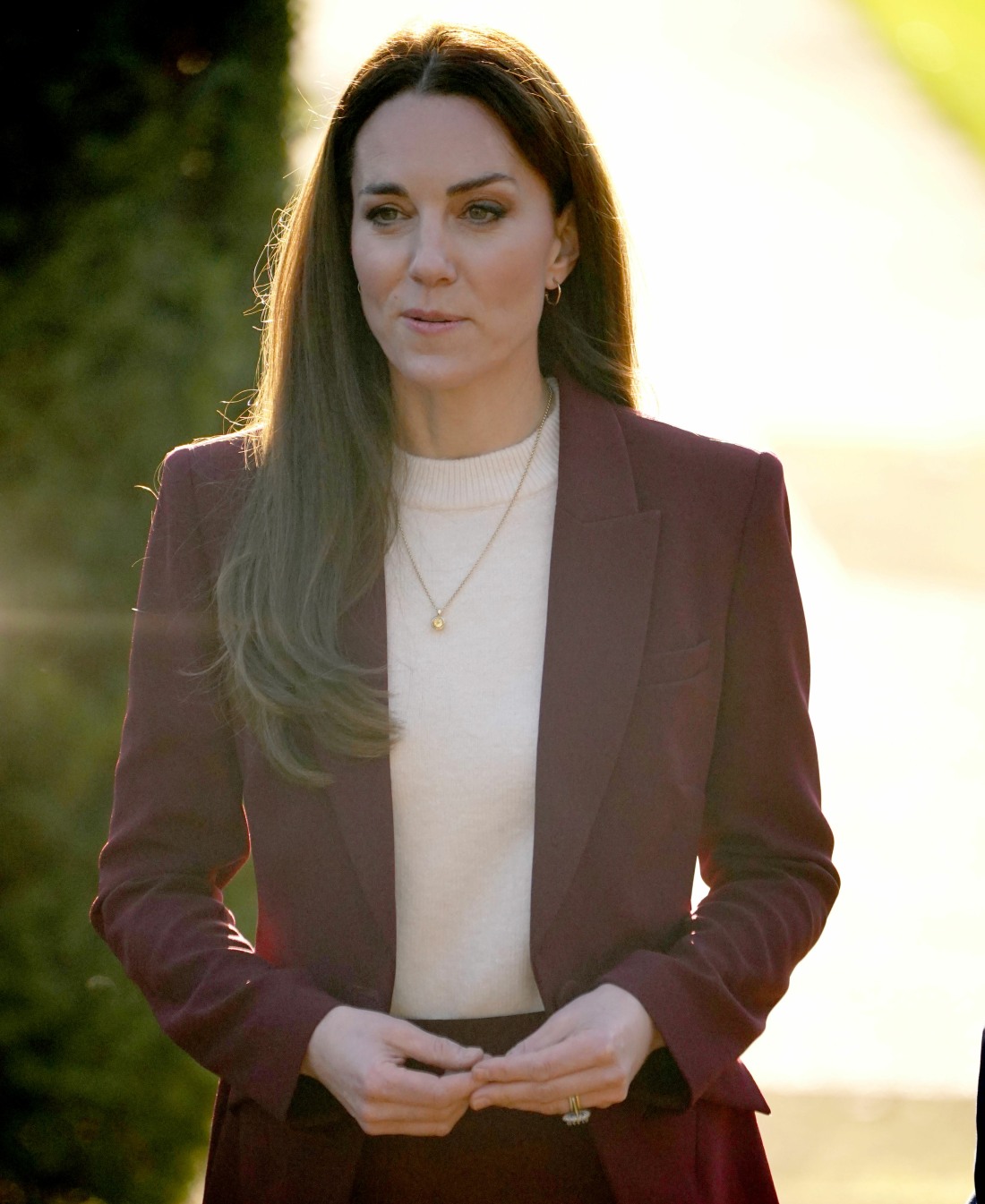 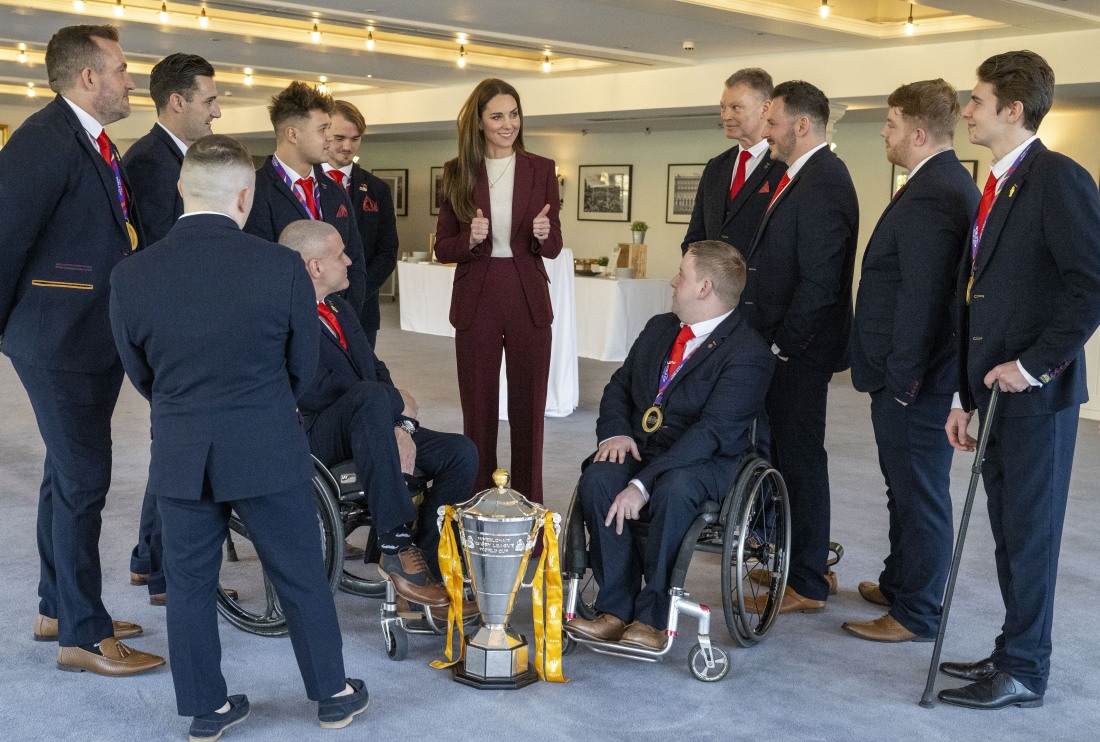 The Princess of Wales arrives at a reception for the England Wheelchair Rugby League team in recognition of their success at the recent Rugby League World Cup, in the Garden Room, at Hampton Court Palace.

The Princess of Wales arrives at a reception for the England Wheelchair Rugby League team in recognition of their success at the recent Rugby League World Cup, in the Garden Room, at Hampton Court Palace.