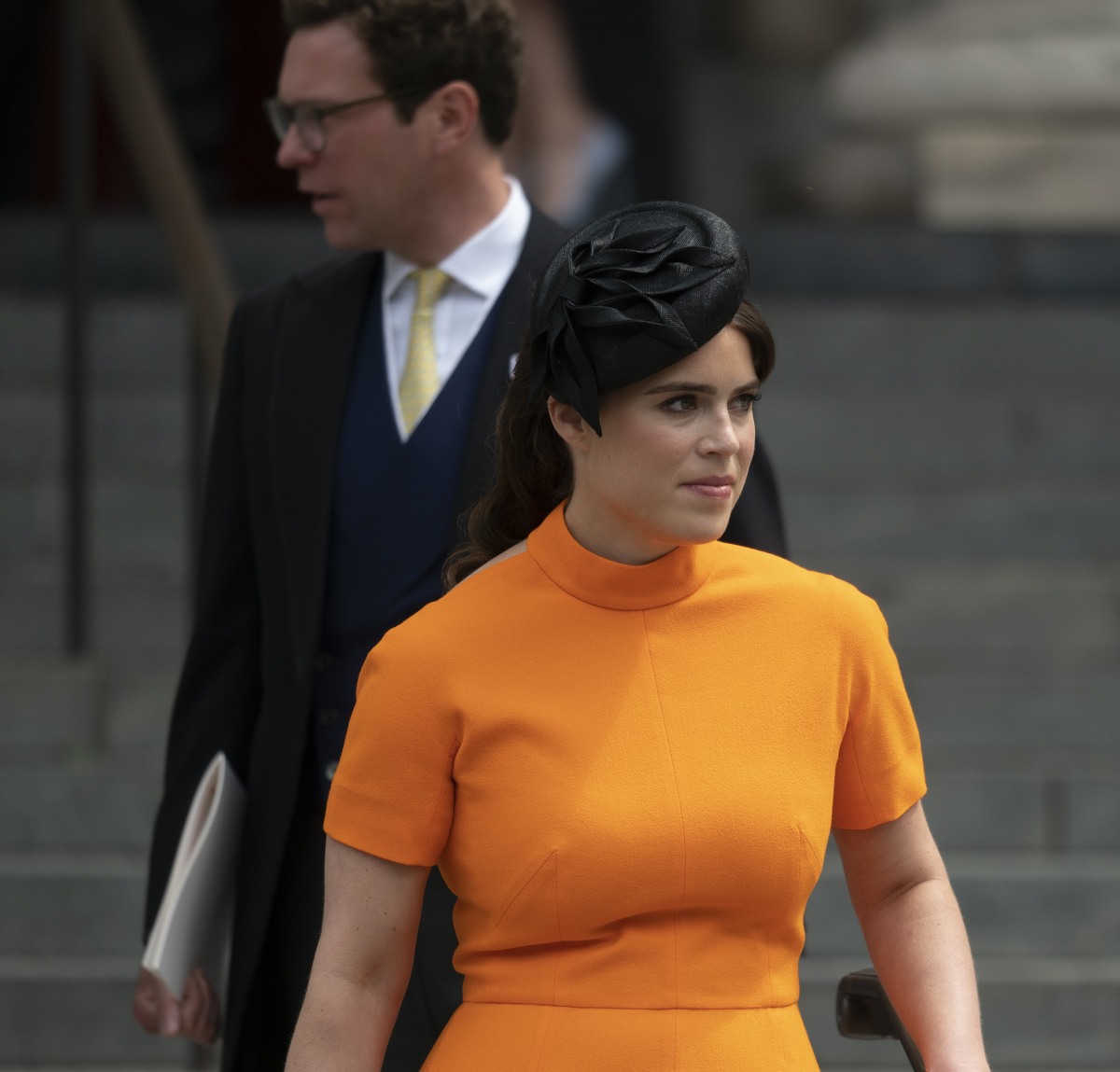 Princess Eugenie and Jack Brooksbank moved out of Frogmore Cottage a couple of months ago. Their only home in the UK appears to be the grace-and-favor Nottingham Cottage or Ivy Cottage, within the Kensington Palace complex. Eugenie and Jack will only be there part-time, and mostly it will just be Eugenie who is there part-time, working for art gallery Hauser & Wirth. For much of the next few years, Eugenie and Jack will be in Portugal, where Jack has already been working for a few months. Jack is working for the CostaTerra Golf and Ocean Club, a job he got through his Casamigos connections. Eugenie, Jack and baby August have already set themselves up in a rental (?) property in or near the club. And according to New Idea, Eugenie is so happy to GTFO of England and get some space from her family.

Forget dreary London and wet Windsor! Princess Eugenie and her husband, Jack Brooksbank, are escaping to the warmer climes of Portugal, but sources confirm it’s not just a sunny seascape they’re after.

“They’re done with all the dramas going on in Buckingham Palace right now,” says an insider. “Eugenie wants to focus on August and – hopefully – having another baby. With all the stresses of lawsuits and the gloom that’s come over the family as the Queen’s health continues to waver, she wants to focus on her new family – and moving to Portugal is the right thing for them.”

The couple and their 1-year-old son, August, have departed Frogmore Cottage, which they’d subleased from cousins Prince Harry and Meghan, Duchess of Sussex, and moved into a luxury home in the CostaTerra Golf and Ocean Club, a sustainability estate near the celebrity hotspot Comporta, an hour south of Portugal’s capital, Lisbon. Eugenie’s businessman hubby, Jack, 36, has scored a cushy job working in marketing and sales for the private coastal resort, and the family plan to “divide their time” between the UK and Portugal.

“Eugenie needs this,” adds the insider. “She’s really had a tough time with all the problems back home, but seeing her father systematically turned into a disgraced walking punchline has devastated her. Eugenie needs some space from it all and can’t wait to get settled into their new home. She knows nothing is forever, but in Portugal, she can enjoy a few years of a stable, somewhat ‘normal’ life without being too close to all the drama. She just wants to focus on being a great mum.”

New Idea is generally full of sh-t, but I actually believe that Eugenie and Jack want to create some physical and emotional distance from the Windsors. Eugenie has been on that path for years as well – she lived in New York for several years in her 20s, she’s maintained a close relationship with Meghan and Harry (much to the chagrin of the Windsors) and she and Jack have always held legitimate, paying jobs. Eugenie hasn’t said anything about her father either, and I suspect that Andrew’s disgrace has been devastating for her. I also think that, much like Harry, Eugenie is probably going to cut ties for good with the Windsors after the Queen passes away. Eugenie isn’t going to stick around and see which way the wind blows for King Charles’s reign. 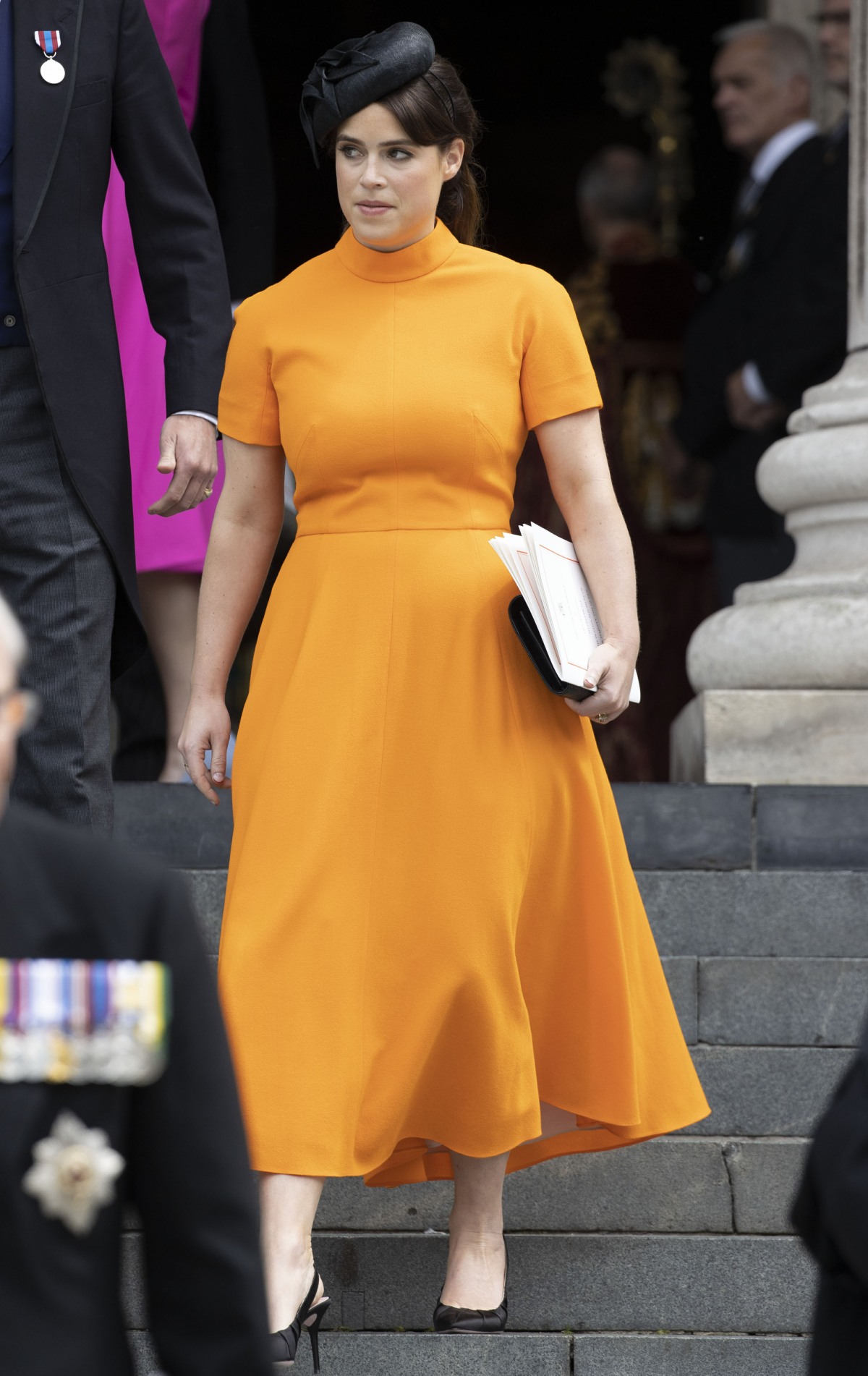 Members of the Royal Family Attend the Easter Service at St.George’s Chapel, Windsor.

bitchy | Is Carole Middleton copykeening her daughter or is this just a creepy mess?

bitchy | Did Beanie Feldstein announce she was quitting ‘Funny Girl’ after she was fired?