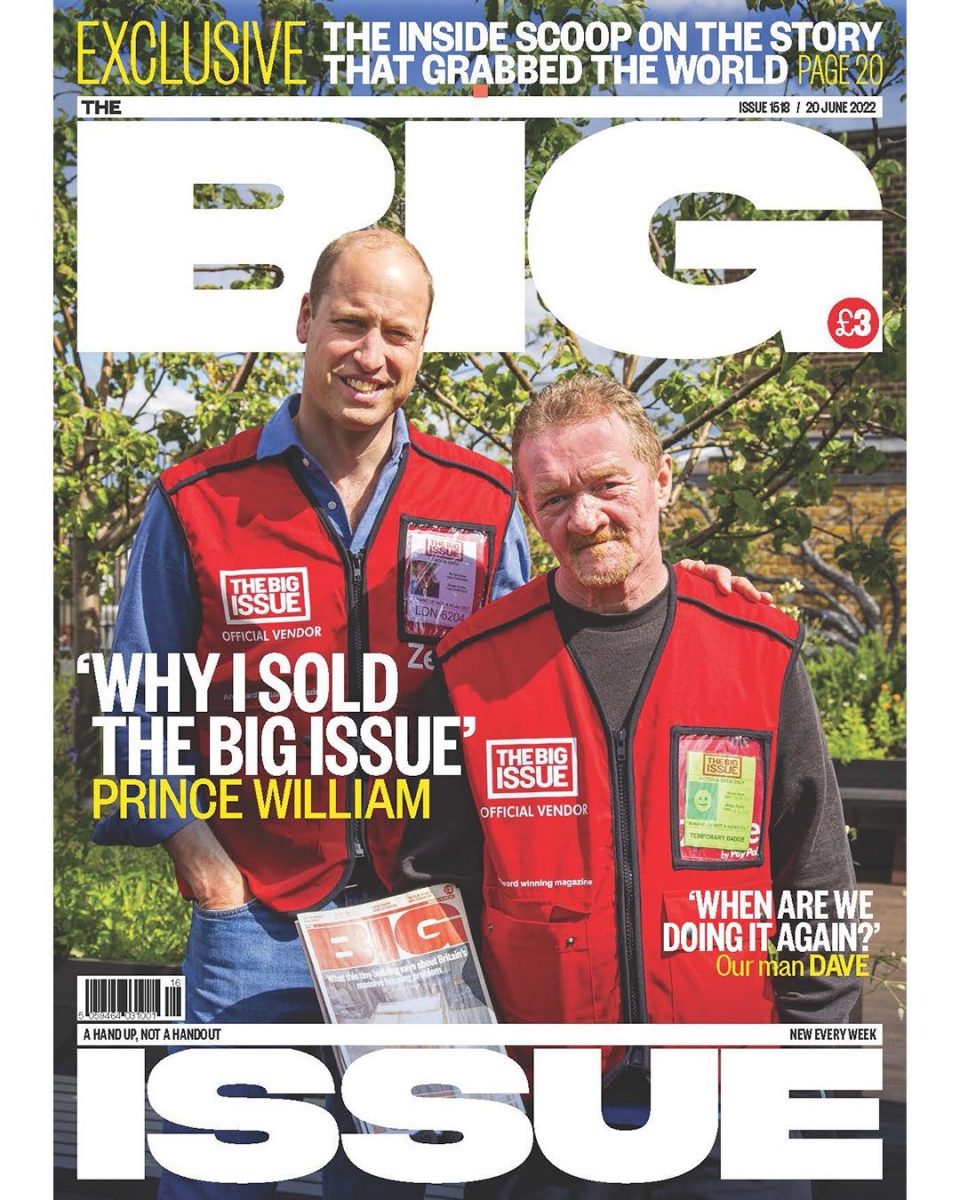 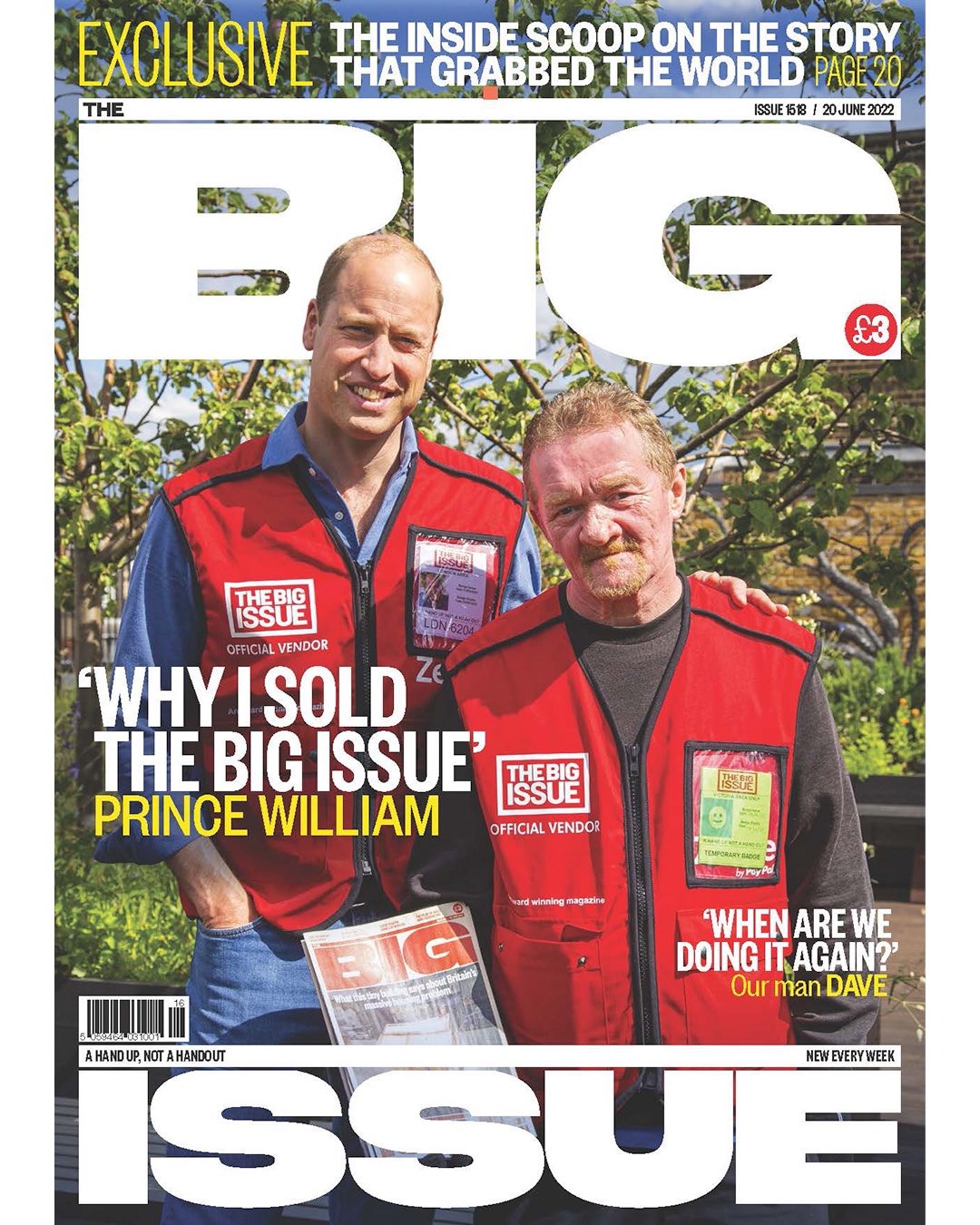 A few weeks ago, Prince William did some poverty tourism. His people organized a stunt – William dressed up like a vendor who sells The Big Issue on the street. The Big Issue is a publication sold by unhoused people as a job. William cosplayed one of them and KP organized some “tourists” and “regular folks” to notice him and provide sugary quotes to various newspapers about how keen and normal William seems. Because William wanted to milk his stunt for all its worth, he appears on the cover of the latest issue of The Big Issue.

There’s one article about how William stood out on the street for about ten minutes before people began recognizing him – blah, whatever. But William also “wrote” a first-person essay about why he wanted to pull this stunt:

I was 11 when I first visited a homeless shelter with my mother, who in her own inimitable style was determined to shine a light on an overlooked, misunderstood problem.  The Big Issue had launched just two years before, offering people the opportunity to earn a legitimate income by selling a magazine to the public and providing a solution to the issues that saw a growing number of people on the streets of the nation’s capital.

In the 30-odd years since, I’ve seen countless projects in this space grow from strength to strength, including charities of which I have had the honour of being Patron. New initiatives have been launched up and down the country – some have worked, some have not. But The Big Issue, perhaps now the most immediately recognisable of these organisations, has undeniably had an impact. Its social business model has provided a means of making a living to 105,000 vendors who have earned over £144 million.

Looking back helps us to see how far we’ve come, but problems are fixed in the present. And despite all the progress, homelessness is still seen by many as some entrenched phenomenon over which we have little power. And there are worrying signs that things might soon get worse as people feel the effects of higher prices and find it harder to make ends meet.  And although we can’t fix all of that at once, I refuse to believe that homelessness is an irrevocable fact of life. It is an issue that can be solved, but that requires a continued focus and comprehensive support network.

I wanted to experience the other side and see what it was like to be a Big Issue vendor. My time was truly eye opening. I was lucky to join Dave on a warm, sunny day in June. People recognised a familiar face and were happy to give me the time of day. But that isn’t the case for the vast majority of Big Issue vendors, who sell year-round – including through the bleak winter months – and are barely given a second glance by passers-by.

A hardworking, funny, joyful man, Dave is the kind of person we should all be actively encouraging and supporting. Instead, people often just ignore him. And while The Big Issue provides a mechanism by which Dave can provide for himself, earn a living and – in his words – regain some self-respect, it is reliant on us playing our part too. Because he can only succeed if we recognise him, we see him and we support him.

[From The Big Issue]

“A hardworking, funny, joyful man, Dave is the kind of person we should all be actively encouraging and supporting. Instead, people often just ignore him.” Why do I feel like William was actually talking about himself. This is a man whose PR consists of being “the other brother” and spending all of his 40th birthday capital talking about his brother. I mean… people often just ignore William too. He is the same as Dave! Except William just got his fourth home and he wants bonus credit for standing on the street like a peasant for an hour. 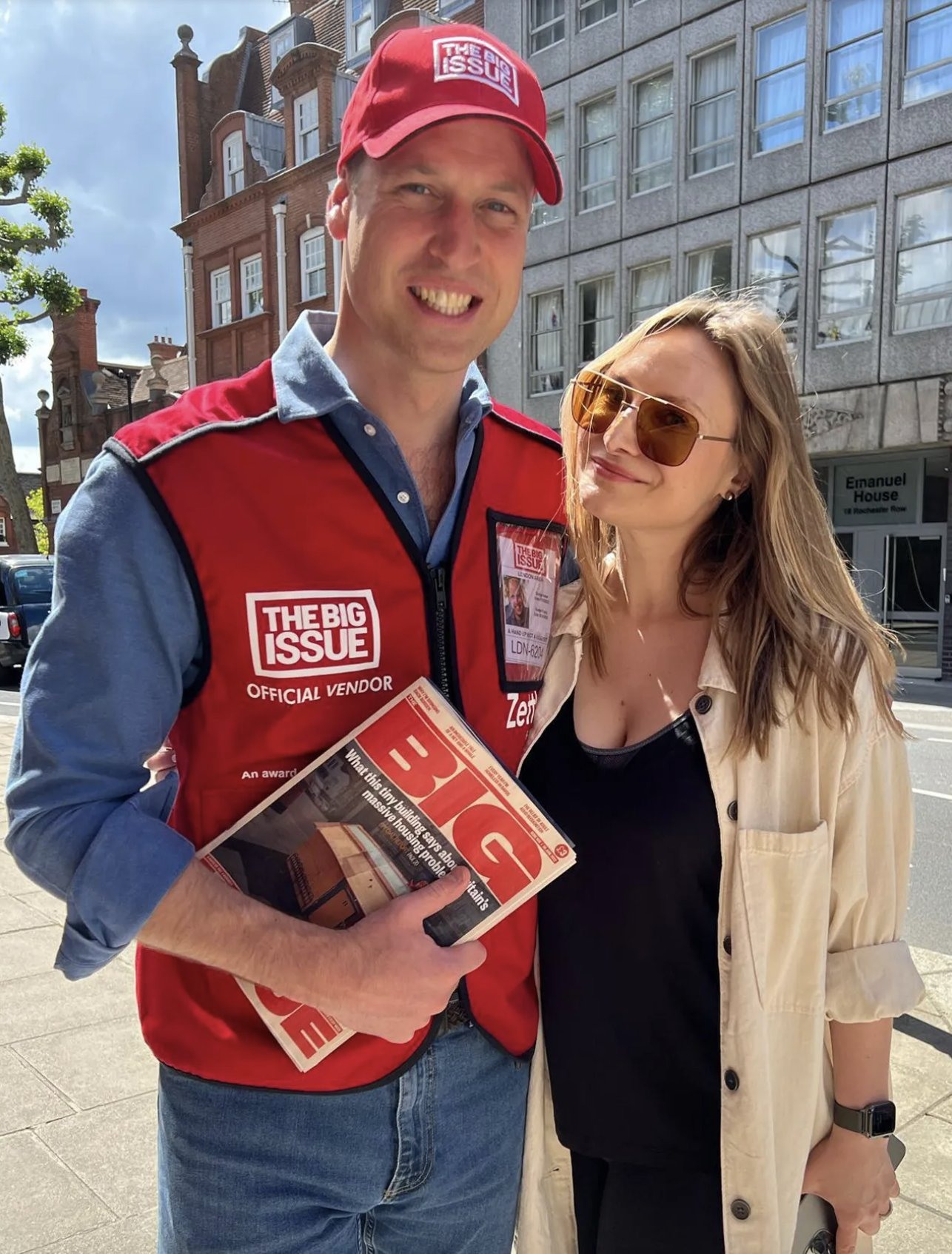