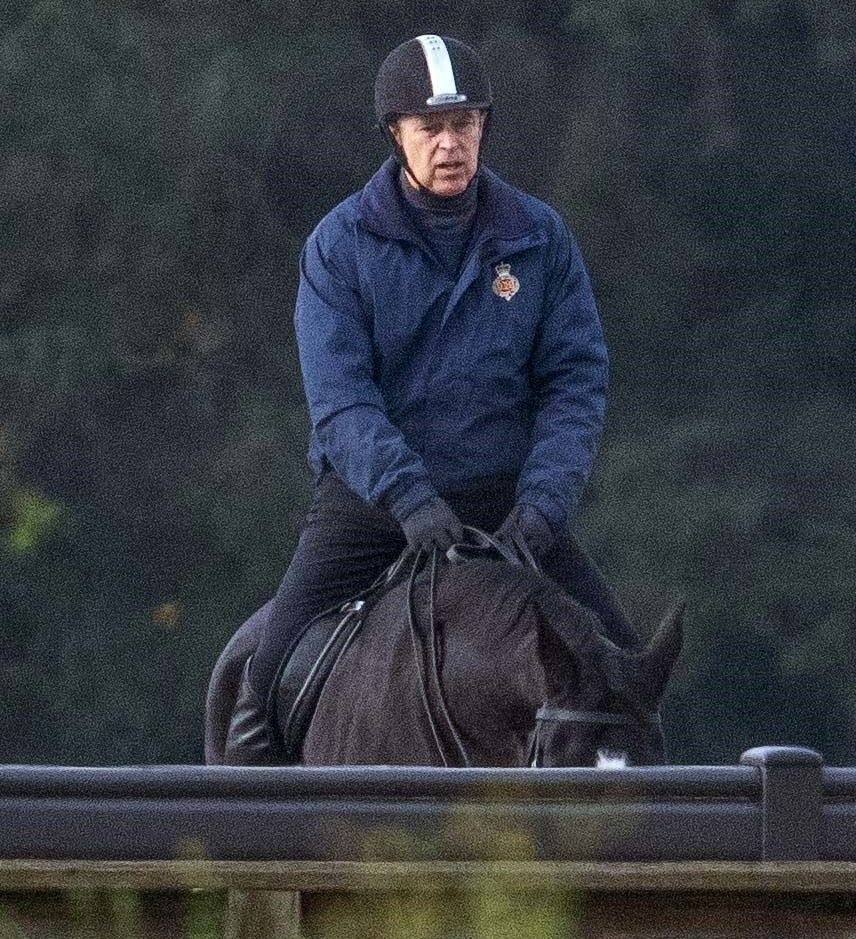 Here are some photos of Prince Andrew out riding in Windsor on October 29th. One of the things I’ve never really understood about all of these photos of Andrew on a horse is: wouldn’t it be very easy to not be photographed at all? Isn’t the Royal Windsor Estate very private and closed down to normal foot traffic, to the point where Andrew would have to make a conscious choice to ride near the road, where photographers are presumably waiting? My point is that Andrew still wants attention. I think he’s probably needling King Charles too – this is “I won’t go away, I can still get photographed whenever I want, look at me being a sad sack.” Speaking of, Andrew organized another “remember me” article, this one in reaction to the awkward and lengthy piece he organized with Camilla Tominey at the Telegraph a few weeks ago. This one is from the Daily Beast. Some highlights:

He’s fine with no longer being a counsellor of state: A source told The Daily Beast that Andrew was fully aware of King Charles’ plans to water down his last constitutional role as a so-called “counselor of state,” changes that mean he will now never be called on to exercise that role and stand in for an incapacitated or absent monarch. The source added that Andrew was “relaxed” about the planned move to add Edward and Anne to the ranks of the counselors of state, effectively replacing him and Prince Harry (although they won’t actually lose the title in a diplomatic concession made by the palace, instead being effectively diluted out), saying the “new arrangement” was “discussed and agreed with the queen earlier this year and the duke was aware of it.”

Andrew is not a recluse: The source also pushed back against a characterization of the duke as a virtual “recluse” in a recent feature by the Daily Telegraph, saying it was “overstating things” but conceding that he “does lead a quiet life these days with little socializing.” Several other sources have told The Daily Beast that they believe Andrew will still have a social outlet via his network of longstanding shooting friends over the coming months, with one saying he is “looking forward to a busy” winter of social and personal events anchored around the pheasant shooting season, which got underway in the U.K. on Oct. 1.

Andrew is still welcome on shooting parties: Old friends and acquaintances of the prince said he is likely to receive multiple invitations for shoots in England and Scotland, some of which he has attended for decades, hosted by landowning friends who remain loyal to him.

Charles will still let Andrew shoot at Sandringham? Although the palace would not confirm whether or not King Charles would still allow Andrew to host shooting weekends at Balmoral, Sandringham and Windsor, it is thought unlikely that Charles will strip him entirely of the privileges, which were always extended to him by his mother. Hosting a day or two at some of the best shooting in the land is a powerful incentive for bloodsports enthusiasts to remain on friendly terms with Andrew. For Andrew, it’s a passport to a winter of fun, as, according to unwritten convention, shooting invitations are not generally supposed to be accepted unless they can be returned in kind. (Now underway, the pheasant shooting season runs to the end of January.)

One old friend of Prince Andrew’s told The Daily Beast: “He still has the support of a loyal group of friends in England and Scotland. The winter is quite a social time for him as he is still a prized guest at some really good shoots where he can rely on the discretion of the host and the other guests—and his presence isn’t likely to be revealed to the newspapers. I’m sure he is looking forward to a busy few months. He understands that his official, public life is at an end, but that doesn’t mean he is just twiddling his thumbs at home staring at the walls. Life is quieter than it once was, and the death of his mother left a huge hole. But he spends time with the children and grandchildren, and he has Sarah for company day to day.”

One aristocratic shoot owner told The Daily Beast: “The friends who have always invited him shooting will continue to invite him, he will still be allowed to play. I would be extremely surprised if Charles withdrew his permission to host a couple of days at the royal estates, and all those people will have to ask him back, so I am sure he will be as busy socially as he has ever been…. Some people like to bathe in his title and I am sure they will continue to want to do so. The fact of what he may have done 25 years ago is really not relevant to that. The much more remarkable thing to me is that he has ever had any friends at all, because he is an arrogant twat of ocean-going proportions. But I certainly wouldn’t flounce out of a shoot if he turned up. He wasn’t found guilty of anything, and there is still a presumption of innocence in this country.”

Ah, the buried lede: “The much more remarkable thing to me is that he has ever had any friends at all, because he is an arrogant twat of ocean-going proportions.” While that’s hilarious, it’s less hilarious that the terrific insult is couched in a defense of Andrew as a credibly accused rapist and human trafficker. It’s not about “presumed innocence” – there was no trial because Andrew settled out of court with his victim. There wasn’t a criminal charge in the UK because his mother protected him from all repercussions. Anyway, I guess this is just an FYI that Andrew still has connections in the old-boys’ network and he’ll be invited to shooting parties and he’ll be expected to host shooting parties. Gross. 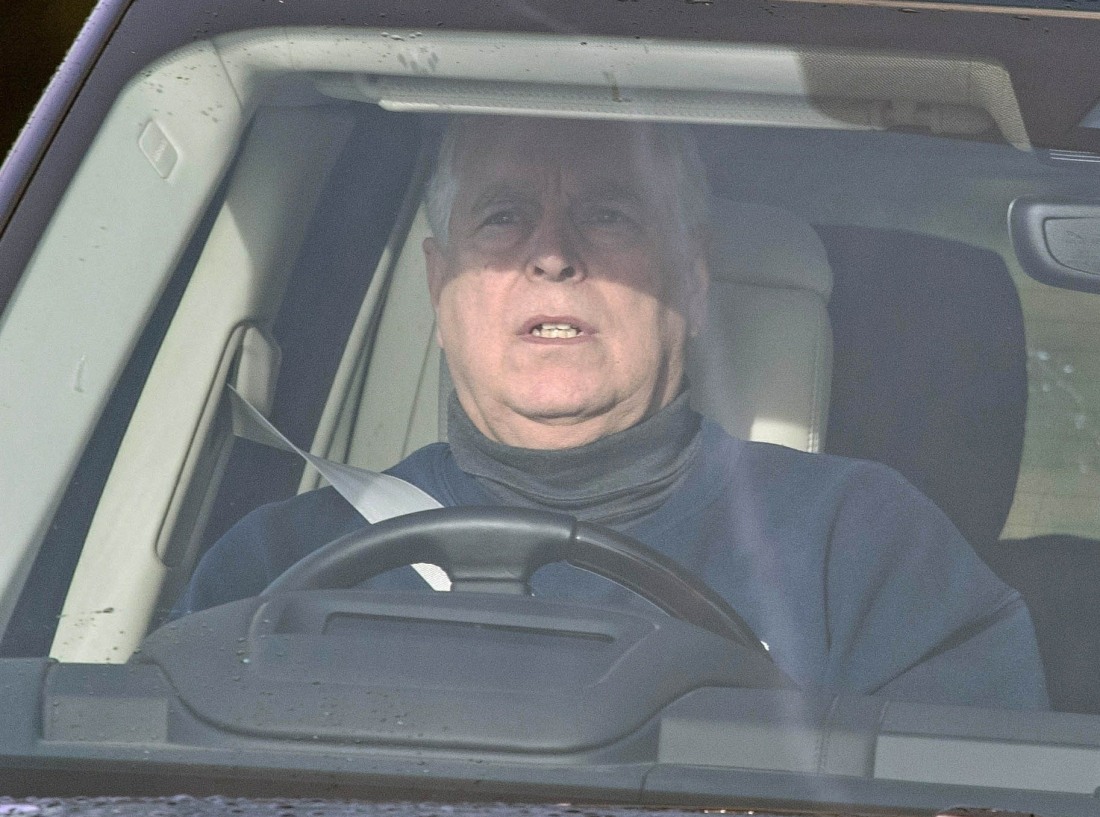 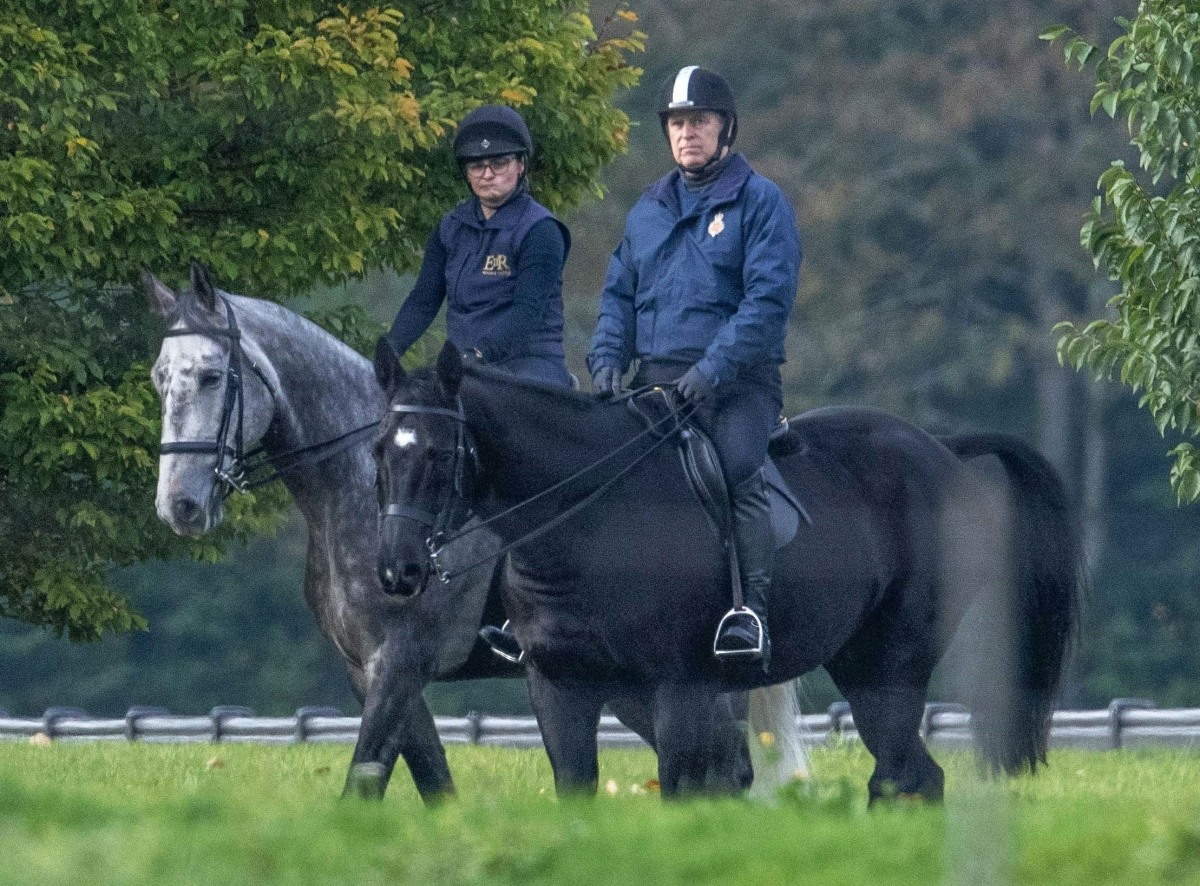 bitchy | Did Shakira & her sons skip a 90-minute line at a Barcelona amusement park?

bitchy | Tom Hanks is publishing his first novel next year, inspired by his Hollywood experience