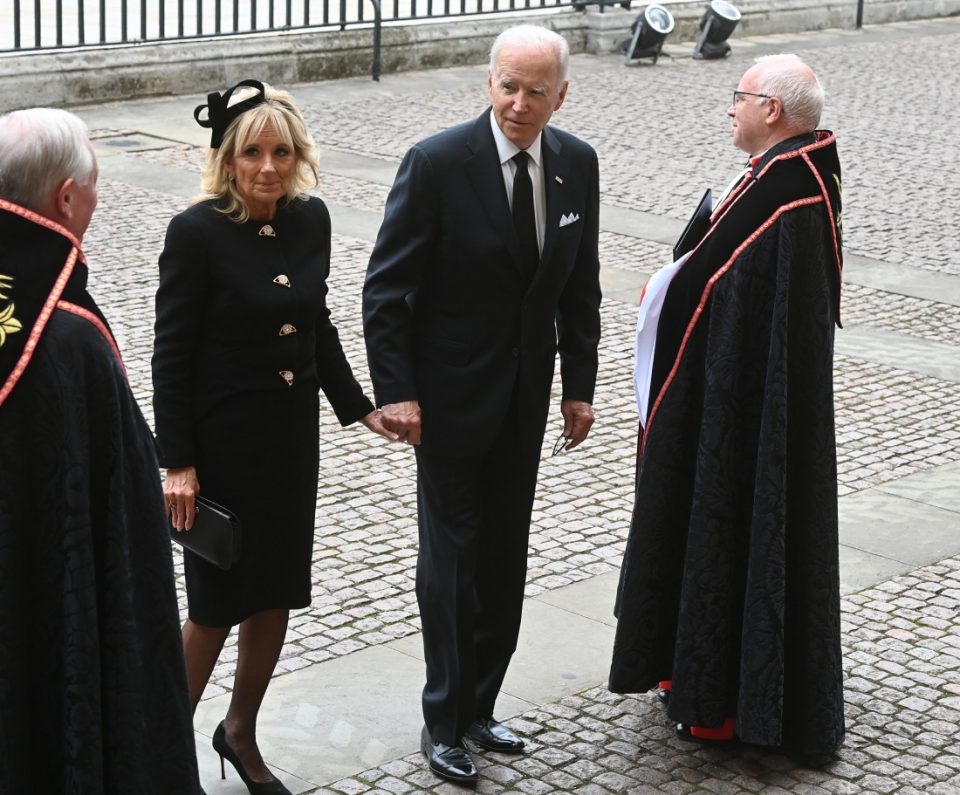 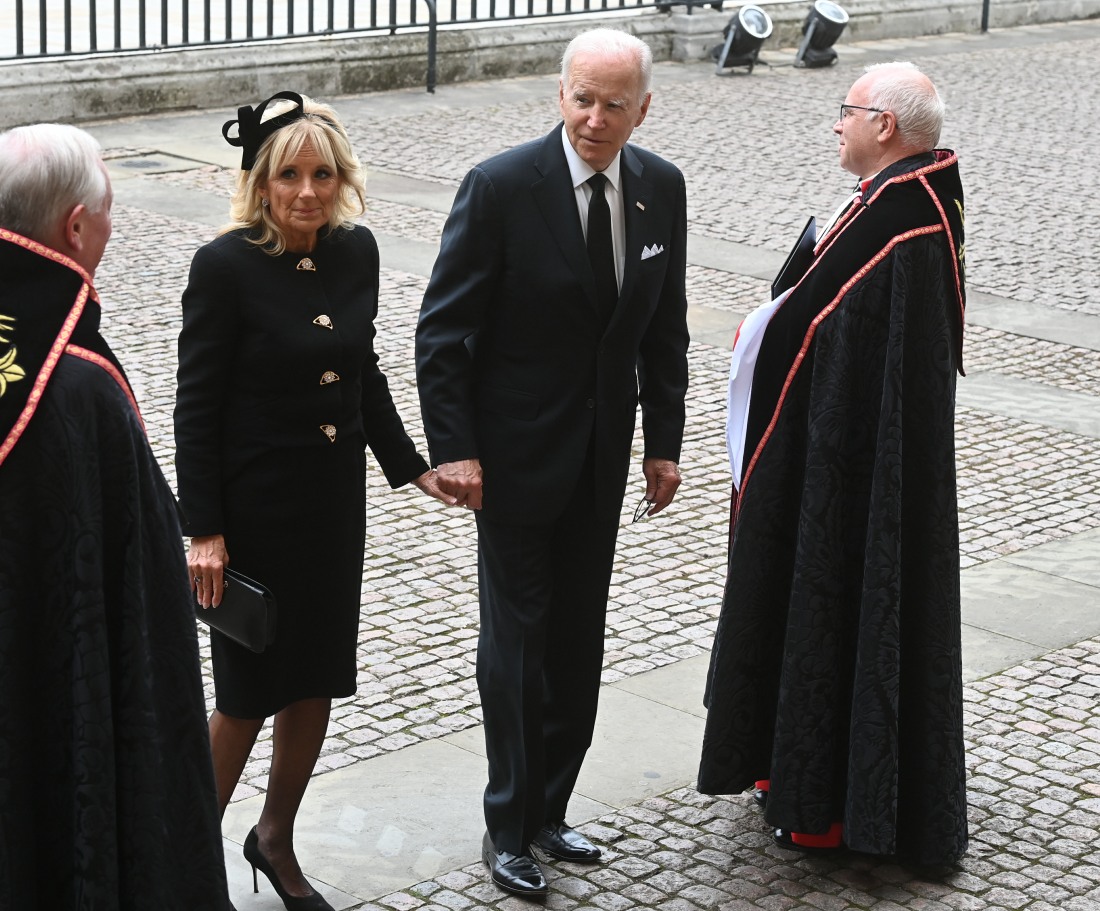 President Biden and First Lady Jill Biden arrived in London over the weekend to attend Queen Elizabeth II’s funeral. They attended the gathering last night at Buckingham Palace for world leaders, a reception hosted by King Charles III. They were also given some kind of special dispensation to have Secret Service protection and use the “Beast” all around London. The Beast is the POTUS’s armored car, the one which travels with him constantly. The British media is now obsessed with the Beast and there are multiple articles about the armored car and why Biden gets to use it. It’s especially notable because at the end of the day, many international figures and foreign royals did have to take buses to Westminster Abbey.

Meanwhile, while the Bidens were in London, 60 Minutes aired a new interview with Pres. Biden where he spoke about how the pandemic is over:

President Joe Biden said he believes the Covid-19 pandemic is “over” in an appearance on CBS’ “60 Minutes,” but acknowledged the US still has a “problem” with the virus that has killed more than 1 million Americans.

“The pandemic is over. We still have a problem with Covid. We’re still doing a lot of work on it. It’s – but the pandemic is over. If you notice, no one’s wearing masks. Everybody seems to be in pretty good shape, and so I think it’s changing, and I think [the Detroit Auto show resuming after three years] is a perfect example of it.”

“Last week, the number of weekly reported deaths from Covid-19 was the lowest since March 2020,” Ghebreyesus said. “We have never been in a better position to end the pandemic. We’re not there yet, but the end is in sight.”

I… think he’s right? The pandemic as we knew it – in 2020 and 2021 – is over. The majority of Americans are vaccinated. People are still getting Covid but, because of the vaccines, they’re not dying from it as much as before and not being hospitalized at the same rate. Do I still hear of people wearing masks? Sure. But I stopped wearing masks in grocery stores several months ago, and nearly everyone else has too.

Here’s a video of the Bidens paying respect to QEII at Westminster Hall on Sunday: 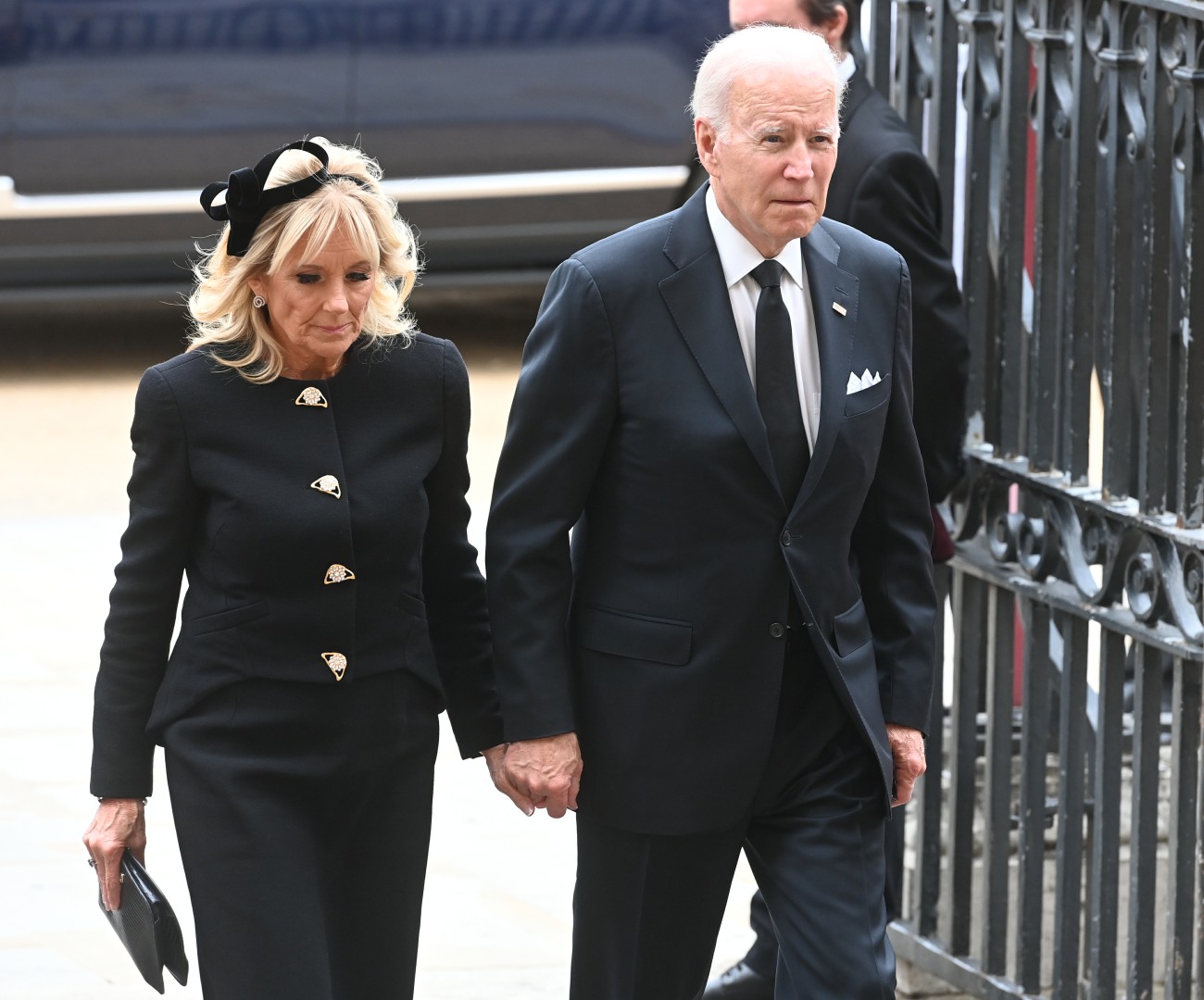 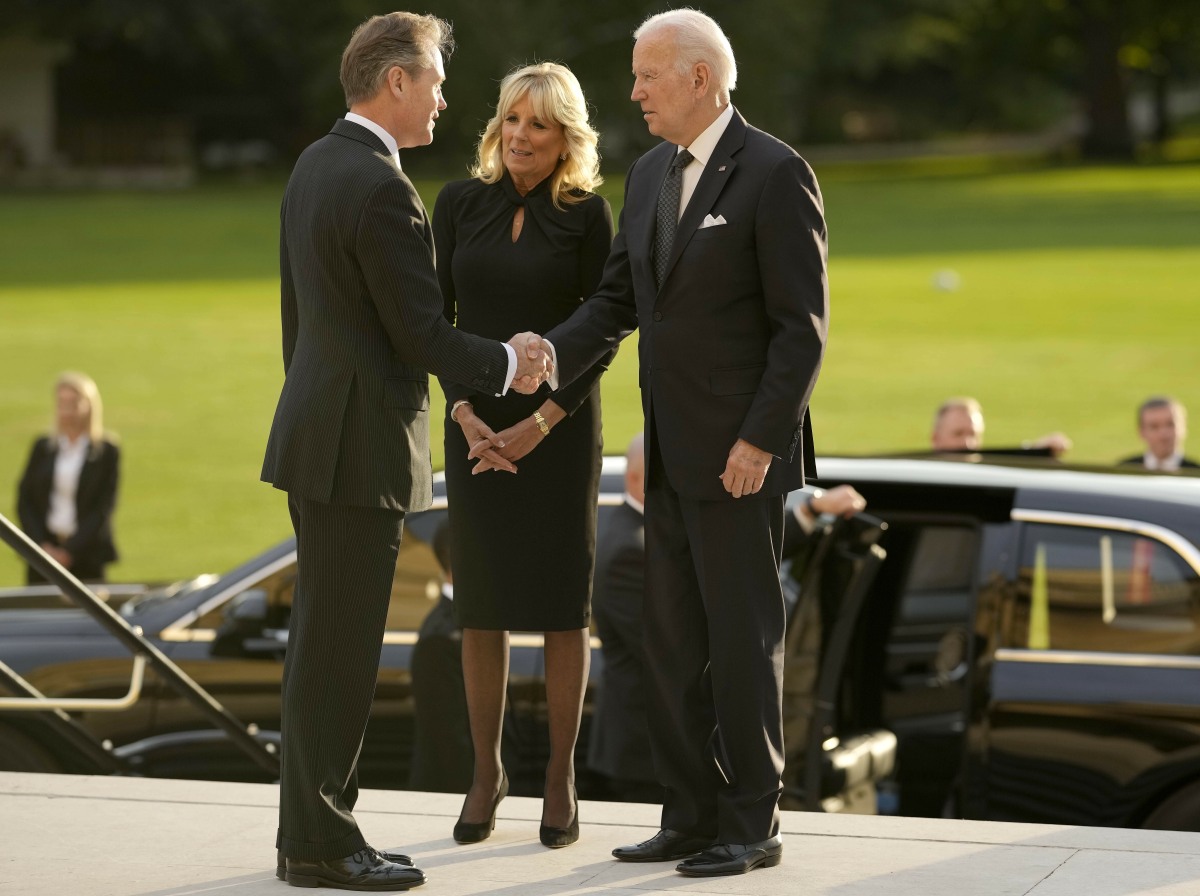 US President Joe Biden accompanied by First Lady Jill Biden are welcomed by Master of the Household Sir Tony Johnstone-Burt at Buckingham Palace in London, Sunday, Sept. 18, 2022. King Charles III is holding a reception at Buckingham Palace for heads of state and other leaders on Sunday evening ahead of the state funeral of Queen Elizabeth II on Monday.,Image: 724022923, License: Rights-managed, Restrictions: Pool, Model Release: no, Credit line: Markus Schreiber / Avalon

bitchy | The more Prince Harry’s family tries to snub him, the more regal he looks

bitchy | Was Prince Harry only told about QEII’s passing five minutes before the public?

bitchy | Scobie: Prince Charles has ‘blown it’ with his long history of shady fundraising