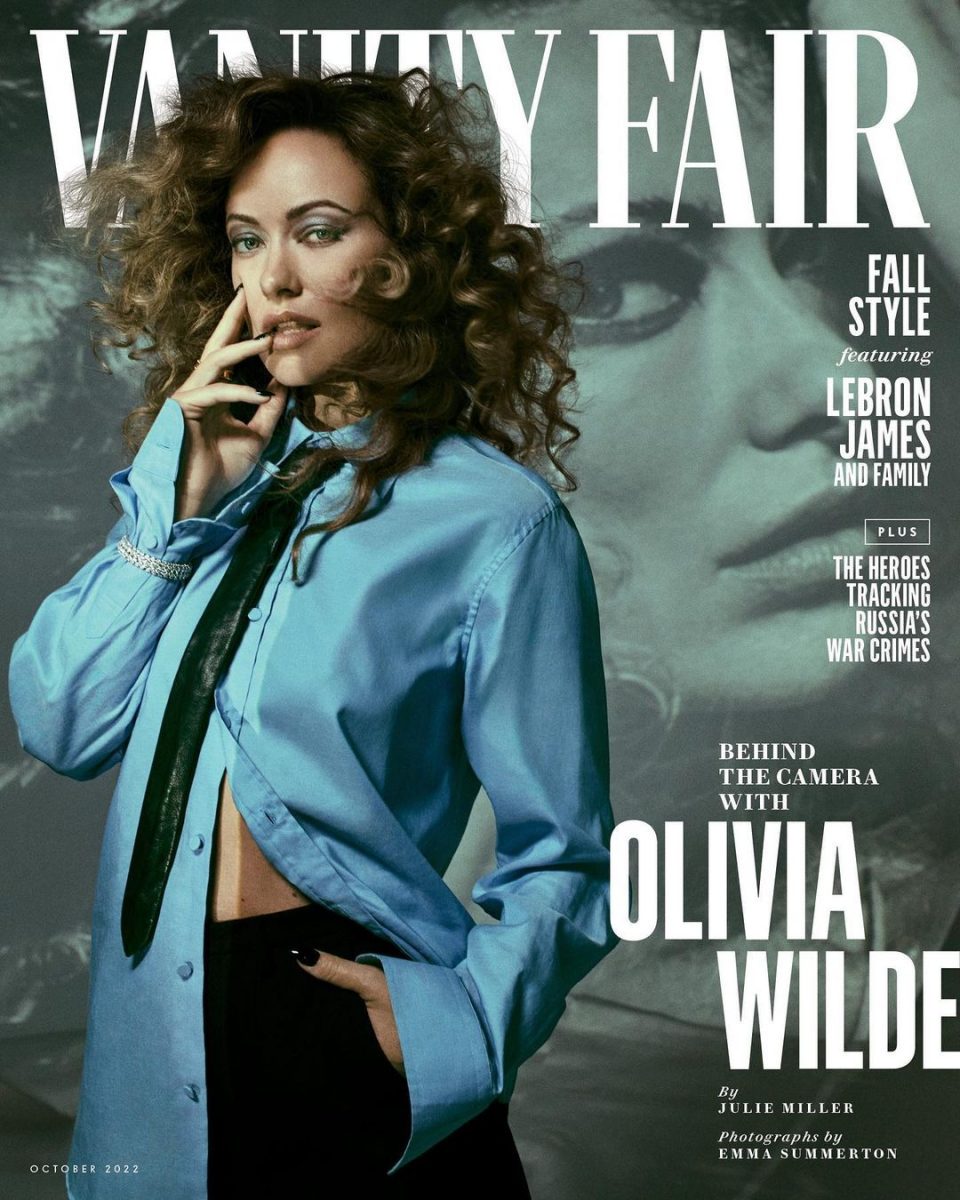 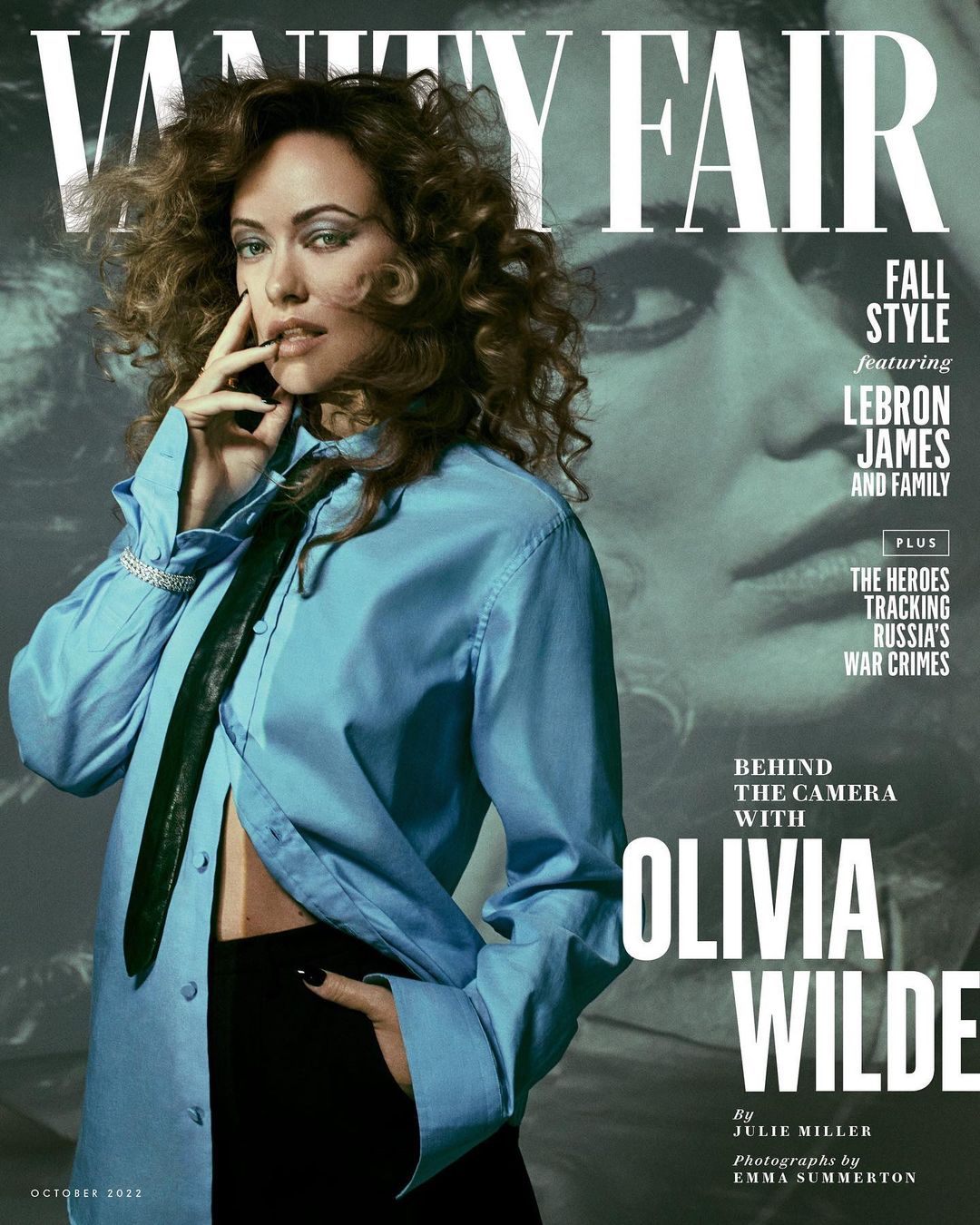 If I was Olivia Wilde’s publicist, I would simply sit on her until she stopped talking. Even before everything went sideways in Venice, there was actually no reason for Olivia to be front-and-center of the promotional blitz for Don’t Worry Darling, certainly not to this extent. Yes, she’s the director, but directors usually aren’t on the cover of Variety and Vanity Fair, lying their asses off and spreading their toxicity. So that shows that regardless of what went down with Florence Pugh, Olivia was always going to make the film’s promotion all about Olivia. So, in August, Olivia’s Variety cover story came out and wouldn’t you know, she talked a lot of sh-t about Jason Sukeikis and Shia LaBeouf. Then Shia dropped the receipts – in the form of a video she sent him, begging him to come back because “Miss Flo” needed a “wake up call” – and Olivia looked like a liar and an a–hole. Following that, Florence skipped everything but the Venice premiere. The cast is on Miss Flo’s side, not Olivia’s.

Well, Olivia originally sat down with Vanity Fair before any of that happened, then Vanity Fair had to update their COVER STORY before they published it online this week because Olivia was basically doing the same drama-queen martyr act she tried to pull in Variety, and everything has now blown up in her face. You can read the full piece here. Here’s the section on Shia:

Wilde says her dedication to a safe set was tested before cameras even rolled on Don’t Worry Darling. She’d initially cast Shia LaBeouf, not Styles, to play Alice’s husband. But during preproduction, Wilde tells me in London, Pugh told her that she was uncomfortable with LaBeouf’s behavior. Wilde says she called LaBeouf herself and fired him: “My responsibility was towards her. I’m like a mother wolf. Making the call was tricky, but in a way he understood. I don’t think it would’ve been a process he enjoyed. He comes at his work with an intensity that can be combative. It wasn’t the ethos that I demand in my productions. I want him to get well and to evolve because I think it’s a great loss to the film industry when someone that talented is unable to work.”

Reports of LaBeouf being fired first surfaced in 2020, but after Wilde and I spoke, the actor publicly disputed her recollection, saying, in an email he shared with Variety, “I quit your film,” and claiming he left the production because there wouldn’t be enough rehearsal time. After the premiere in Venice, as private messages between Pugh and LaBeouf are parsed giddily online, Wilde tells me this: “This issue is so much more nuanced than can be explained in private texts released out of context. All I’ll say is he was replaced, and there was no going forward with him. I wish him the best in his recovery.”

A source with knowledge of the situation tells V.F. that the truth is a couple shades of gray: The actor was indeed unhappy with the limited amount of rehearsal time that Pugh had available, and Pugh, in turn, was uncomfortable with his intensity. LaBeouf is said to have given Wilde an ultimatum—she had to choose between him and his costar. Wilde chose Pugh. The tricky, and quintessentially Hollywood, part is that, to spare LaBeouf’s ego, she seems to have allowed him to believe what he wanted to believe: that he was quitting.

Despite the expressions of kindness in LaBeouf’s email to Wilde, his response was wounding. Among other things, he released a video that Wilde sent him—apparently before Pugh registered her discomfort with the actor—in which she encourages him to stay on the film, and utters a phrase that could not have endeared her with the true star of her movie: “I think this might be a bit of a wake-up call for Miss Flo.”

Think of just how arrogant Olivia is that she created this entire narrative about firing Shia and doing the most to “protect” Florence only to be completely kneecapped by her own video memo to Shia, which showed that she’s completely full of it. Not only that, but she won’t put her name to a more involved lie, thus “a source with knowledge of the situation” is called upon to turn Olivia into the victim and heroine of the story. Because Olivia knows that if she tries to tell lies about Shia again, he’ll probably drop more receipts on her.

Meanwhile, VF also asked Wilde about the rumor that she was so wrapped up in throwing herself at Harry Styles that her cinematographer had to direct some scenes:

“It is very rare that people assume the best from women in power,” she says. “I think they don’t often give us the benefit of the doubt. Florence did the job I hired her to do, and she did it exquisitely. She blew me away. Every day I was in awe of her, and we worked very well together.” She pauses. “It is ironic that now, with my second film—which is again about the incredible power of women, what we’re capable of when we unite, and how easy it is to strip a woman of power by using other women to judge and shame them—we’re talking about this.”

“The idea that I had five seconds in the day to be distracted by anything is laughable,” she says. “I was there before everyone. I was there after everyone. And it was a dream. It’s not like this work was not enjoyable. It was just all-encompassing.”

Yeah, we’ll see. Pugh refused to speak to VF and Wilde continued to sing Pugh’s praises in the interview, even after the Venice premiere. Oh, and Olivia denied leaving Jason Sudeikis for Harry Styles too:

“The complete horsesh-t idea that I left Jason for Harry is completely inaccurate. Our relationship was over long before I met Harry. Like any relationship that ends, it doesn’t end overnight. Unfortunately, Jason and I had a very bumpy road, and we officially dissolved the relationship towards the beginning of the pandemic. We were raising two kids during lockdown, so we co-parented through that time. Once it became clear that cohabitating was no longer beneficial for the children, it became the responsible thing to not, because we could be better parents as friends who live in different houses…. I don’t understand the need to create false narratives and drama around this kind of stuff. It’s like, haven’t the kids been through enough?”

Again, “sources close to Olivia” have always insisted that Olivia and Jason broke up around March-April 2020 and they only announced the split months later. Sources close to Jason have a different story, one where they were very much together up until the point where Olivia began banging Harry. Olivia once again addresses the CinemaCon situation, where she was served custody papers on stage, and once again she uses the “I wasn’t that shocked. There’s a reason that I didn’t stay in that relationship. Unfortunately, that was consistent with my experience of the relationship” line, which is similar to what she said to Variety. The thing is, I’m not sure anyone is buying it. 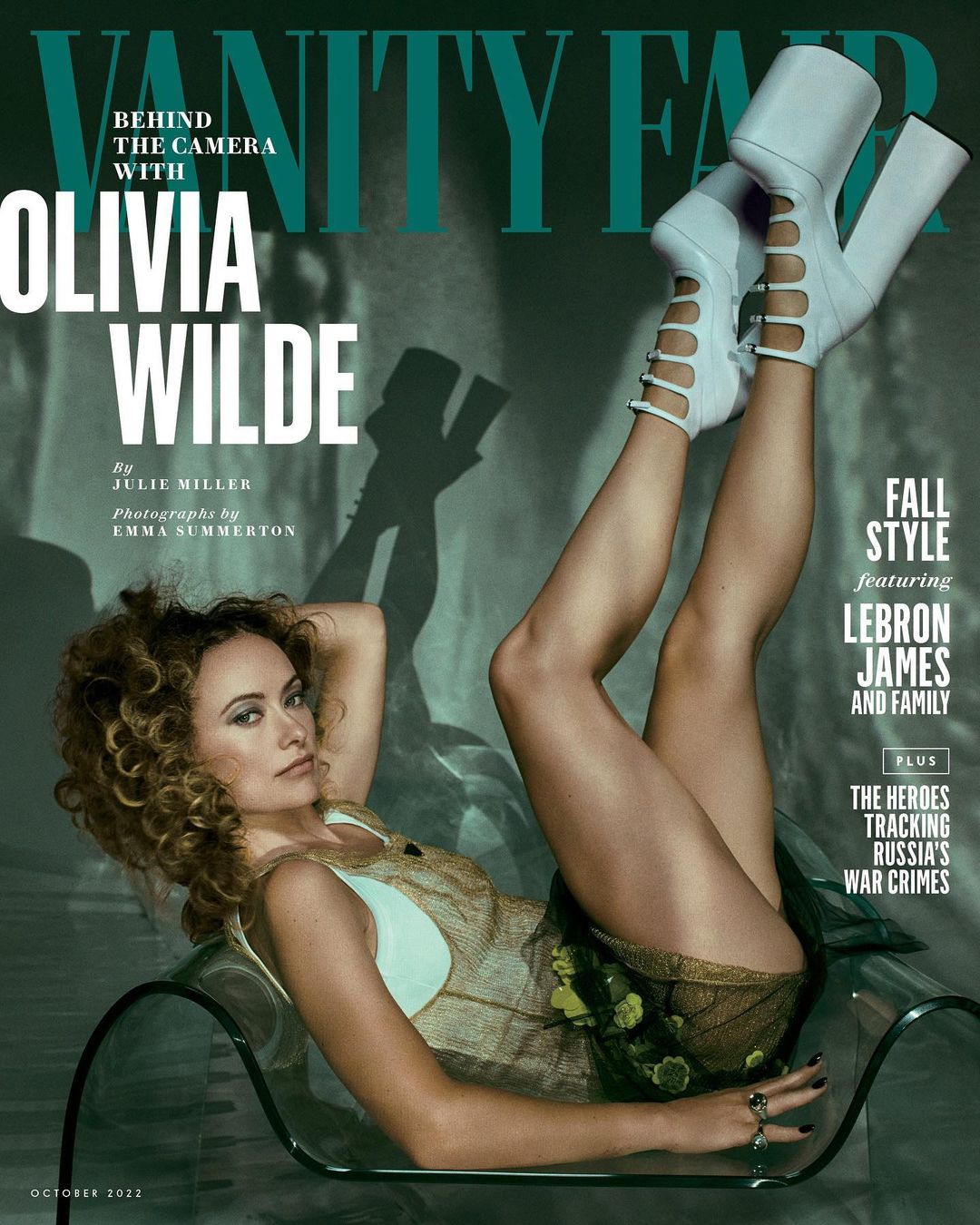