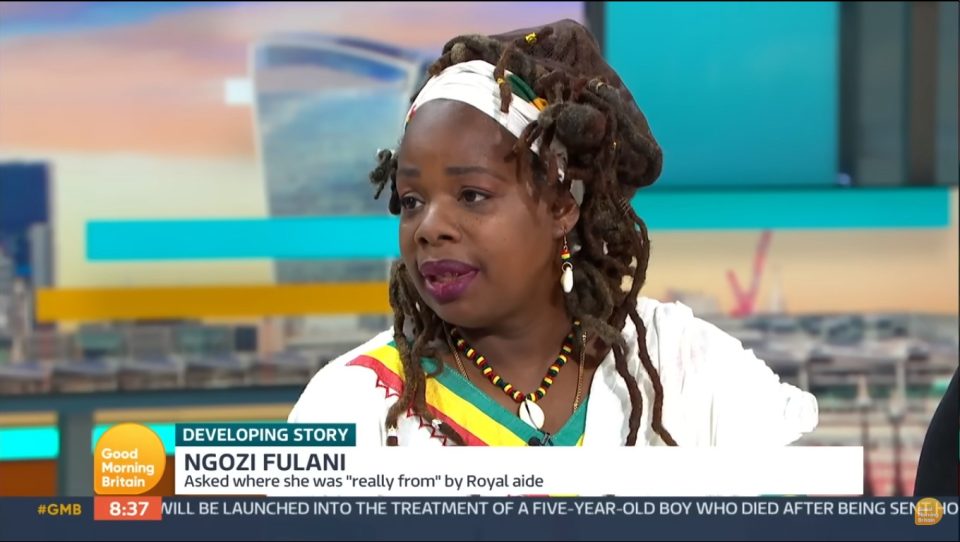 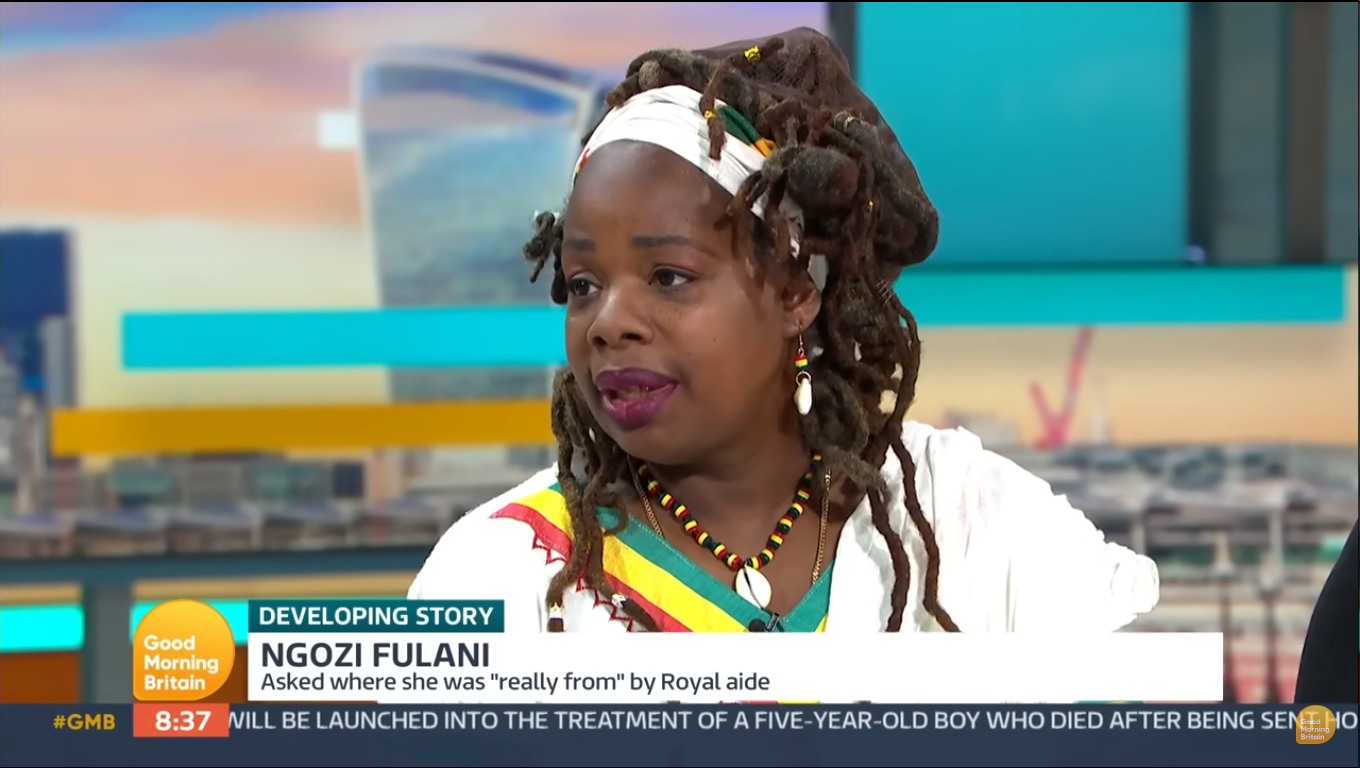 This Ngozi Fulani situation has been nauseating from start to finish. Fulani was invited to Buckingham Palace two weeks ago for a big palace reception honoring people who work in and around domestic violence issues and gender-violence issues. Fulani was there representing Sistah Space, which she co-founded. Sistah Space is a non-profit specifically for Black women who have experienced domestic violence or abuse. It was at Buckingham Palace where QEII’s former lady-in-waiting Susan Hussey began her racist interrogation of Fulani. The interrogation was witnessed and overheard by others. When Fulani reported the Hussey incident the next day, she was overwhelmingly believed and platformed on British TV shows and in British media outlets. Hussey was relieved of her emeritus position in BP, and statements were issued, although the palace lied when they said they had already contacted Fulani. All of that happened in the first 48 hours.

After the first flurry of activity, the news just keeps getting worse and worse. Fulani has faced a torrent of abuse online and in real life. Racists have attacked her personally and professionally. Fulani has said – correctly – that this happens to most Black women who report racism and abuse. It just keeps getting worse. Then, over the weekend, we heard that Fulani is temporarily shutting down Sistah Space because of the abuse she’s getting and the fears for her safety and the safety of other Sistah Space employees. Still not a f–king peep from Queen Camilla or anyone else in that racism emporium. And now this: the British charity commission is investigating Sistah Space because some anonymous person on the internet made some claims about how Sistah Space uses their money.

The Charity Commission is examining a series of allegations over the running of Sistah Space, the organisation whose founder was at the centre of the Buckingham Palace race row. In a statement the watchdog said it was “assessing material” posted on social media questioning the charity’s finances and organisation. The Greater London Assembly’s finance chief has also been asked to ensure that grants to Sistah Space “have been used as intended”.

The charity has come under public scrutiny after its founder, Ngozi Fulani, was repeatedly asked where she was “really” from at a palace event hosted by the Queen Consort. Her “interrogator” Lady Susan Hussey, 83, the late Queen Elizabeth’s lady-in-waiting and a godmother to Prince William, was forced to step aside from all royal duties after years of public service. The backlash against Ms Fulani – including vitriolic abuse on social media – prompted the charity to announce last week it had temporarily ceased working over safety fears for its staff and clients.

A lengthy analysis of Sistah Space’s operations, posted on Twitter by an anonymous user, has led to the charity watchdog beginning a preliminary examination. The social media posts – more than 200 in total – have been widely circulated in a sign that the Buckingham Palace race row, which was deeply embarrassing to the Royal household, continues to attract huge interest.

In the posts, allegations are made concerning the running of Sistah Space, a domestic violence charity for black women and their families. The charity was formed in 2015, a year after the murder of a black woman and her daughter by an abusive ex-partner amid criticism of police for their “inaction” in response to earlier threats. The charity provides advice and advocacy to women and girls from the African and Afro-Caribbean communities.

The charity’s latest yearly accounts to March 31 2021 show it received a little over £357,000 in grants, project funding and donations, an increase from £50,000 in 2018-19. Funding has come from a variety of sources including the Greater London Assembly (GLA), the Department for Culture, Media, Digital and Sport, and Comic Relief, which gave Sistah Space £60,000 to improve its website and online support. A Charity Commission spokesman said: “We are assessing material posted on social media about the charity Sistah Space to determine whether it raises matters that fall within the Charity Commission’s remit.”

The watchdog stressed it had not opened any regulatory compliance case or statutory inquiry and declined to comment further.

£357,000 in grant money is pretty paltry, all things considered, and now Sistah Space will have to waste even more time and resources defending every penny they used, all because some wackjob posted a bunch of sh-t online. Do we know if Susan Hussey is online? Does the Charity Commission regularly base their investigations on “random threads on the internet”? Does the entire British establishment understand that they are working in concert to destroy a Black woman’s life and life’s work all because she publicly reported an incident of racist harassment at Buckingham Palace? The thing is, I believe the British establishment wants exactly that. They not only want to see Fulani destroyed for having the “arrogance” to report Hussey’s behavior, they want the destruction to be public, to show other Black women that this is what the establishment will do to you if you ever report abuse. It’s sickening. It’s immoral. And still, the palace has nothing to say, nothing to add, no protection to offer. Repugnant. 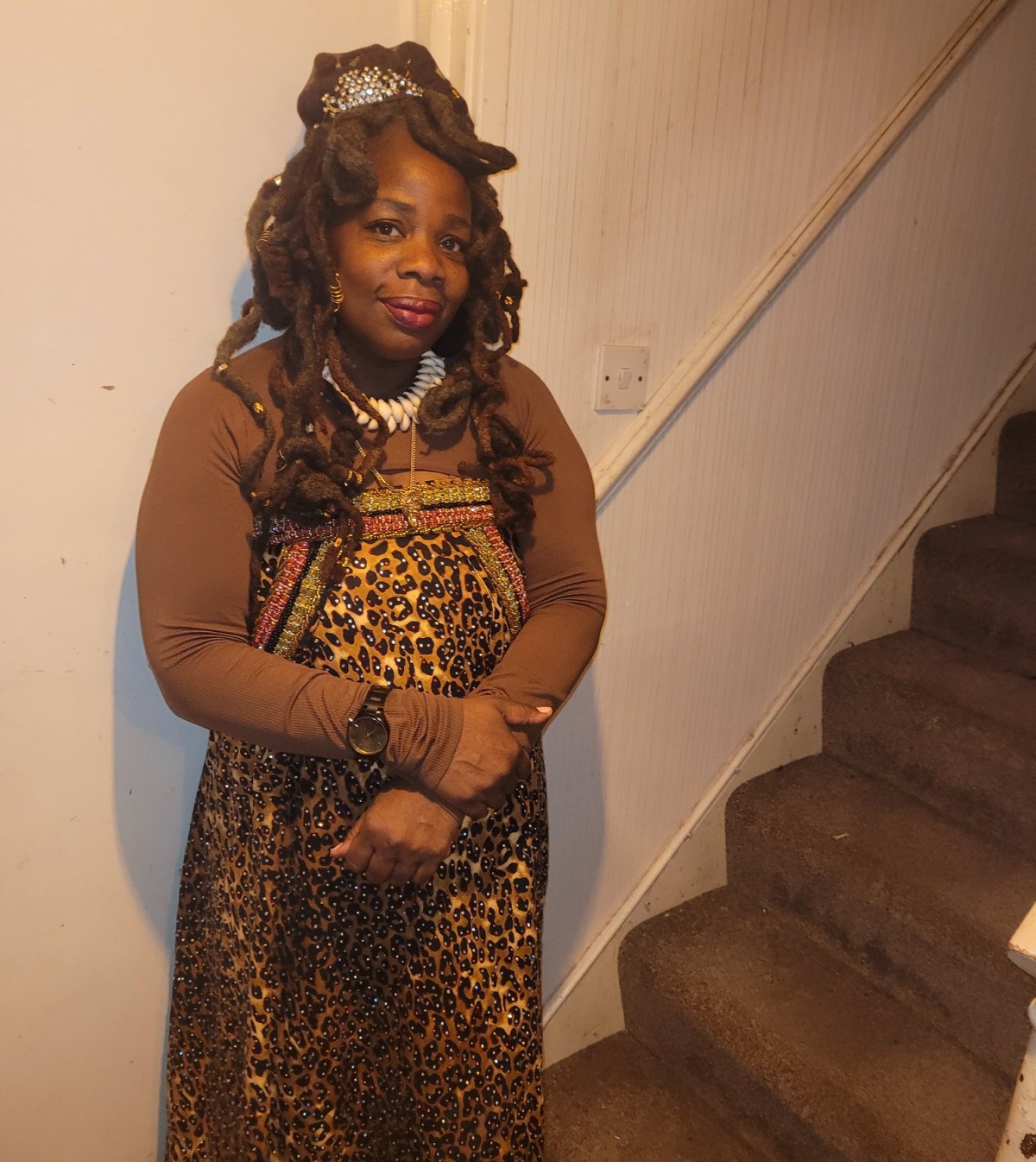