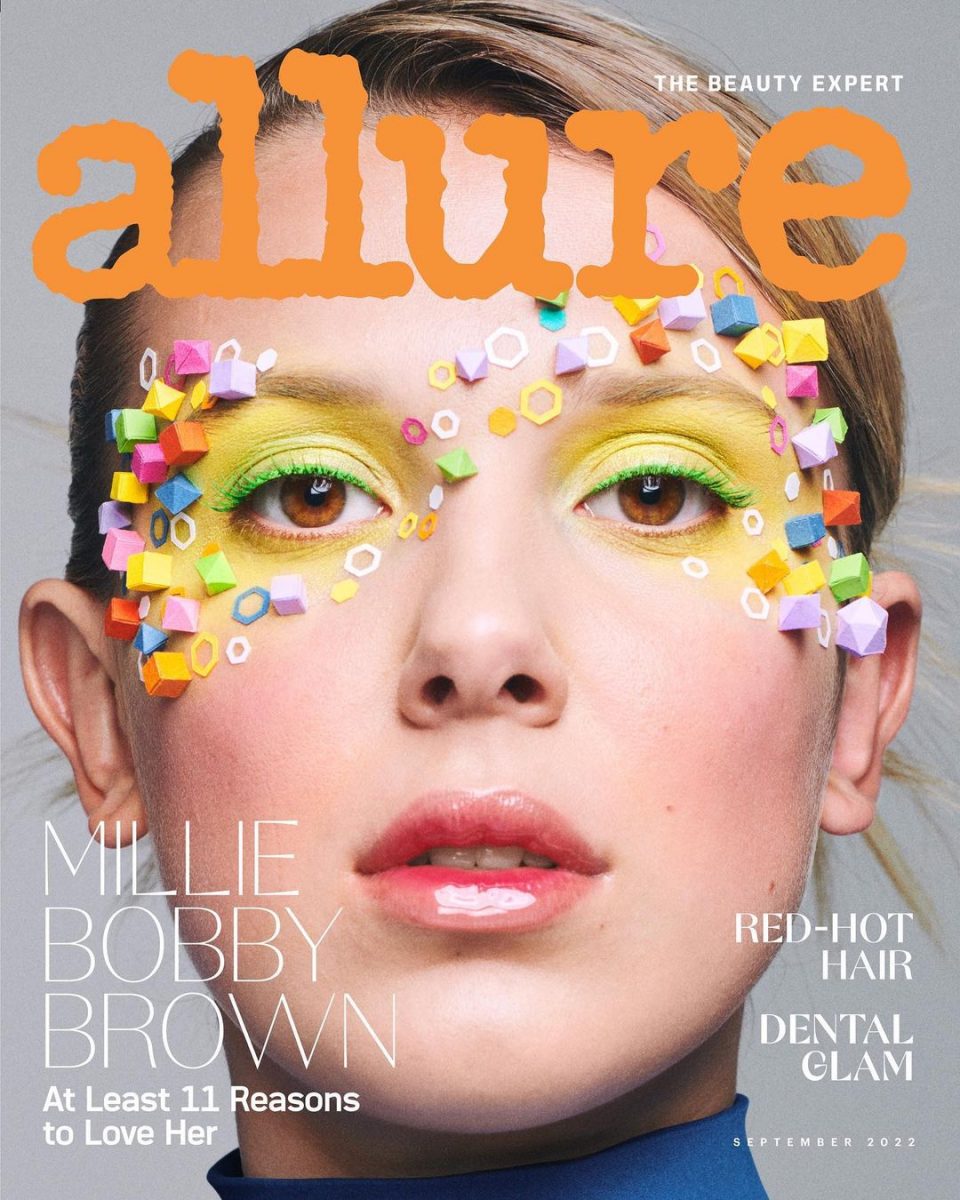 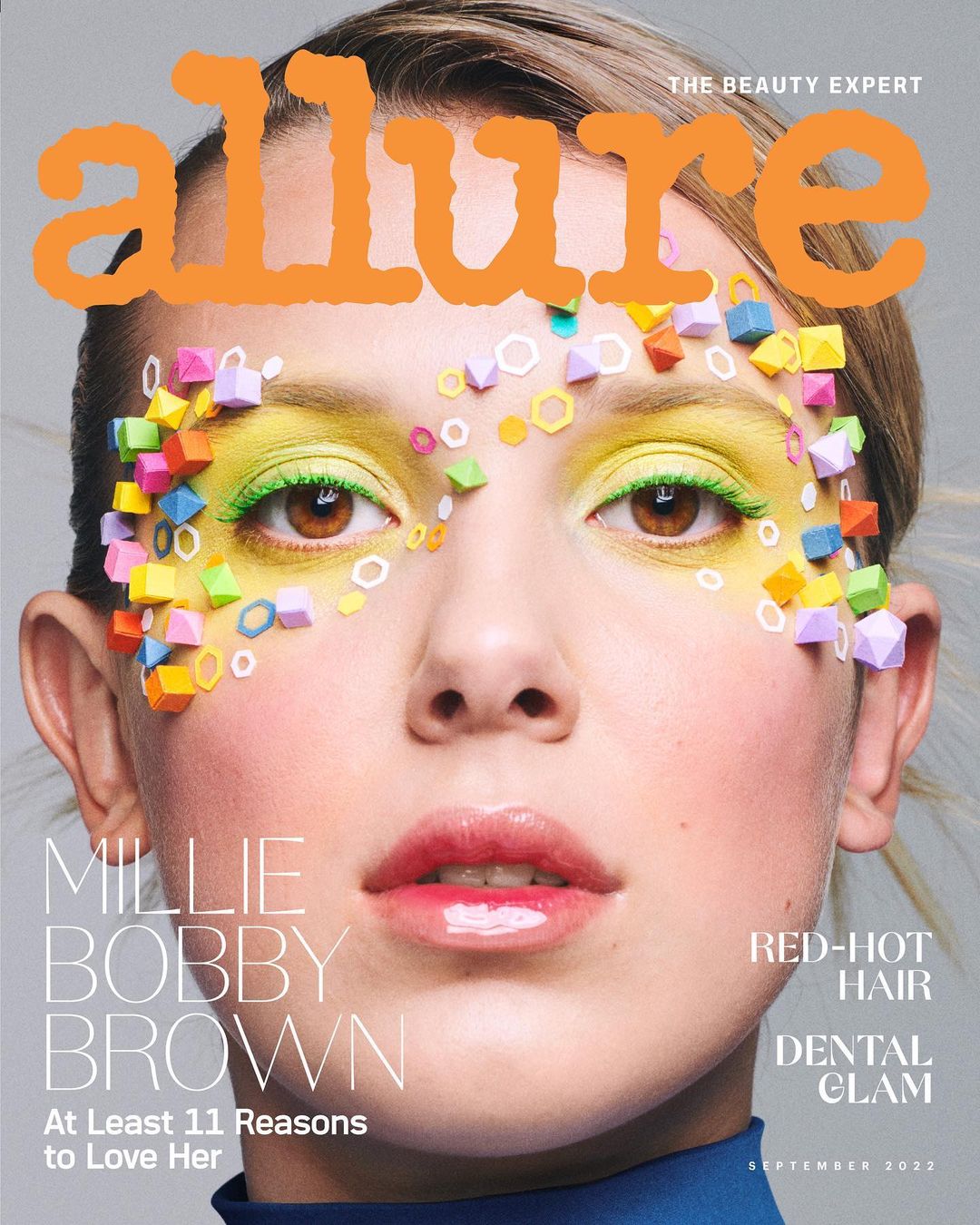 Millie Bobby Brown covers the September issue of Allure. The editorial isn’t great, but it is youthful and fun, if that makes sense. I understand why they would do something lighter and silly with MBB – I think there’s too much of an urge to treat her as a mature woman as opposed to an 18-year-old who has already dealt with more than her fair share of bullsh-t. MBB splits her time between her home in England and her work-home in Atlanta. She’s making money, she’s got a production company, she’s got a beauty-brand side business and she sounds like she’s in a pretty good place in her life.

On deciding to become a child actor: “My parents were like, ‘Well, it is a job. And if you commit to it, you have to commit to it. You can’t audition and then give up.’ So I was like, ‘I don’t care. Whatever it takes, I want to act.’”

She loved working so much as a kid: “I enjoyed being different people because I always struggled with self-identity and knowing who I was. Even as a young person, I always felt like I didn’t quite belong in every room I was in. I also struggle with loneliness a bit. I always felt quite alone in a crowded room, like I was just one of a kind, like nobody ever really understood me. So I liked [playing] characters that people understood [and] people could relate to because I felt like no one could relate to Millie.”

At the age of 10, she was told that she was “too mature” to make it as an actress: “I always knew that I was mature and I couldn’t really help that. Going back to what I said earlier about being kind of very lonely in who I was and feeling like no one was quite like me in school and no one was as mature as I was, [hearing that] was really hard because I thought [maturity] was a good thing. And then being told that it wasn’t, that I wouldn’t make it in this industry, it was so hurtful. I got really down about that.”

Her beauty brand, Florence by Mills: “I don’t know anything about beauty and skin care. That’s why I created this. I’m going to take you on this journey with me, so we can learn more about botanicals, serums, fruit and vegetable extracts, enzymes. Things that are so important for your skin, but we don’t know about because we’re young. Everything’s antiaging, everything is depuffing. We don’t know what that means. I need to know more. And I know our generation needs to know more.”

She deleted all of her social media apps: Now Millie only speaks directly to fans via blog posts that read like diary entries on the Florence by Mills website. It works because, as she says, “Nobody can comment.”

She walked away from an “unhealthy situation” with TikTok star Hunter Ecimovic in January 2021: “I felt very vulnerable. Also, no one on the set knew I was going through this. So it was kind of nice to be able to just deal with that myself and no one else knew. Then it was harder when the whole world knew…”

After Ecimovic was disgusting about her online “It was a year of healing. When you get publicly humiliated this way, I felt so out of control and powerless. Walking away and knowing that I’m worth everything and this person didn’t take anything from me, it felt very empowering. It felt like my life had finally turned a page and that I actually had ended a chapter that felt so f–king long. Ultimately, all I wanted to do within my career is help young girls and young people out there know that I, too, go through things. I’m not this perfect person that is selling skin-care products and [who is] in Stranger Things. I absolutely have made wrong decisions.”

She IS shockingly mature. Older people might call her an “old soul” or “old before her time.” Just the way she speaks of a toxic relationship that exploded online with millions of people watching… I wouldn’t have that grace and healing and I’m more than twice her age. And to understand that yes, you can make some mistakes and date some f–king douchebags and you can survive and thrive. She shouldn’t have gone through all of that at what? The age of 16/17. The sad fact is that she’s so mature because she had to be this mature and handle her own sh-t, because the adults around her weren’t protecting her.

Cover and IG courtesy of Allure.

bitchy | Nicholl: Prince William & Kate are preparing their kids to be half-in, half-out