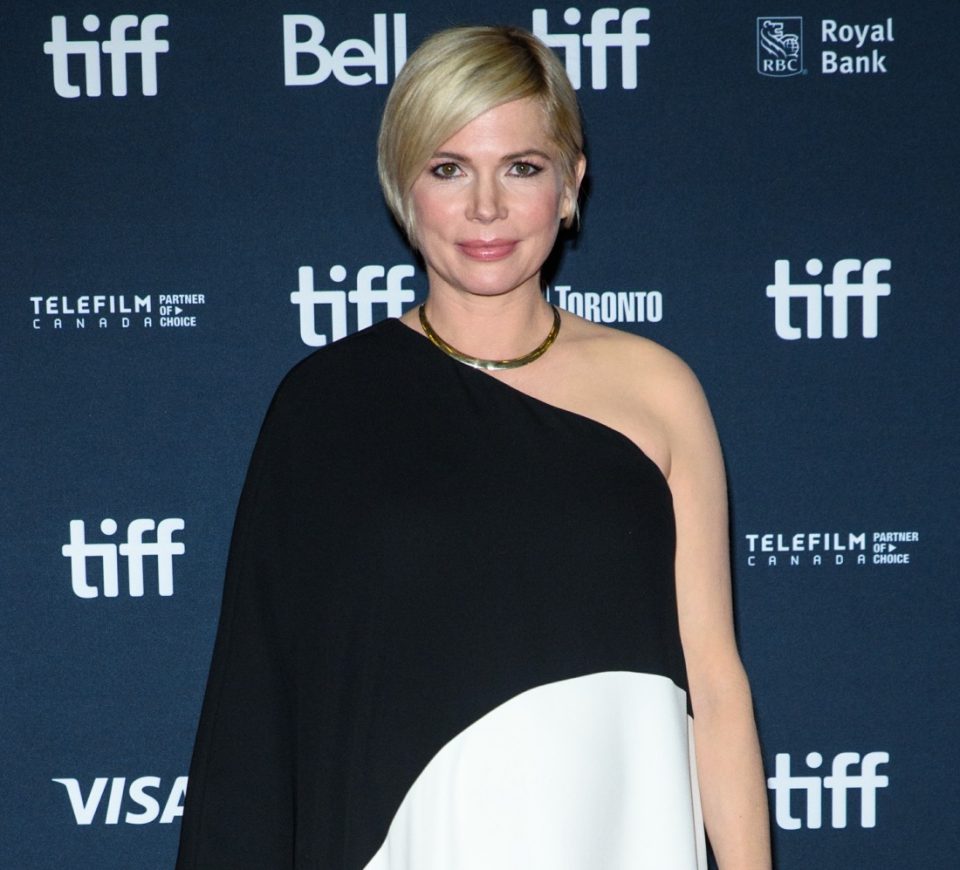 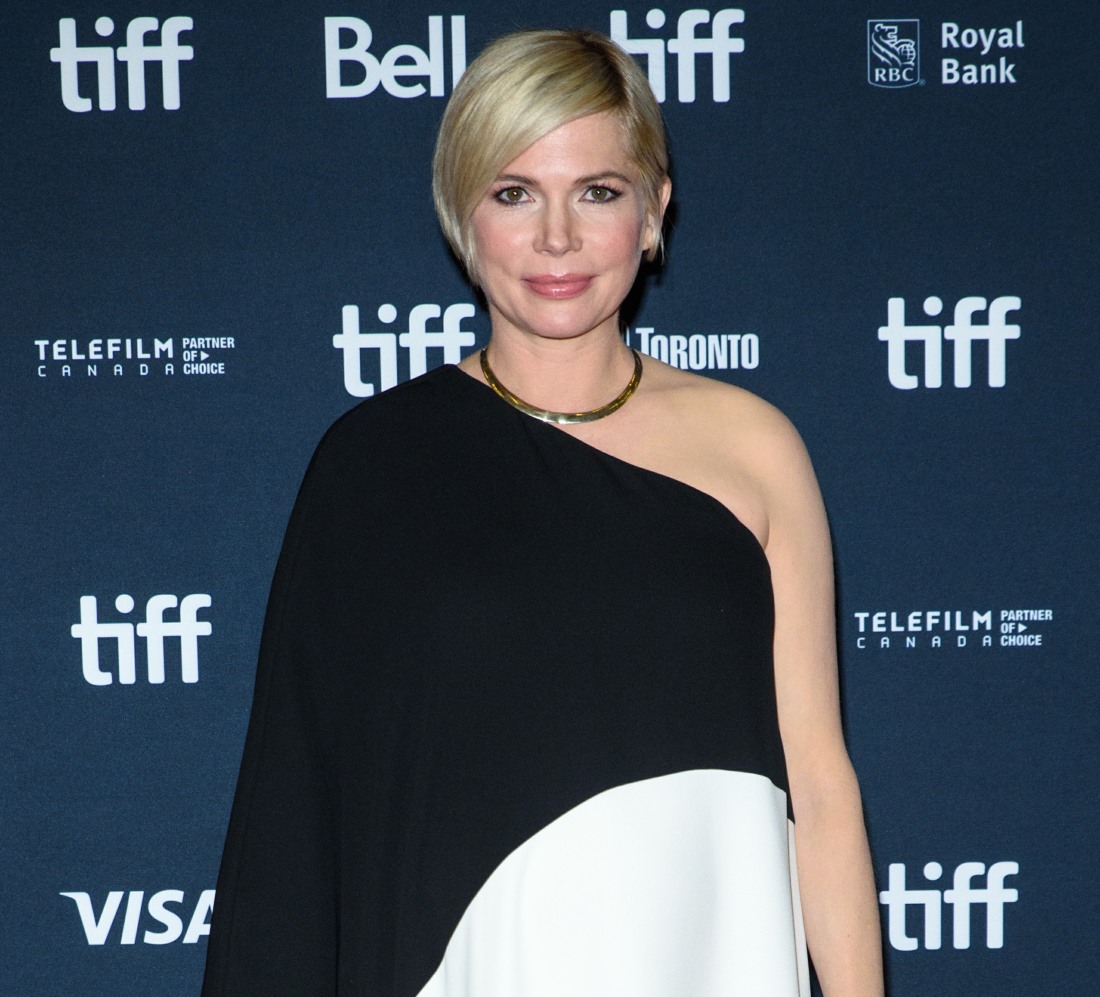 Here are some photos of Michelle Williams at the Toronto International Film Festival, at the TIFF premiere of The Fabelmans. The Fabelmans is a barely-fictionalized account of Steven Spielberg’s childhood and family, and Michelle plays a version of Spielberg’s mother, who was musical, artistic and always encouraged him to follow his dreams of making movies. Michelle has spoken before about what an honor it was to be offered the role, to be directed by Spielberg as she played a version of his mother. Here’s the trailer for the movie:

It looks good and dare I say, very self-referential on Spielberg’s part. As in, he’s almost exclusively referencing his own oeuvre. Anyway, it’s clear that he still has a boyish idea of his parents as larger-than-life figures, and it’s also clear that Michelle is giving an awards-bait performance. The Fabelmans was produced under the Universal banner, and Universal was prepared to put a lot of money into Michelle’s Oscar campaign. But here’s the kicker: the studio wanted to submit Michelle for Best Supporting Actress. Now Michelle says that she’s submitting herself in the lead actress categories:

Not every race is what it seems, and so it goes with the first category decision of the season. Variety has confirmed Michelle Williams’ work as the piano-playing mother in Steven Spielberg’s “The Fabelmans” will be campaigned for the Oscars in best actress, instead of supporting as many pundits had speculated.

The film, which premiered at the Toronto International Film Festival, won the prestigious People’s Choice Award and became the undisputed frontrunner in the early days of the awards season. One of the highlights of the cast was Williams’ turn as Mitzi Fabelman, a lover of the arts who serves as an inspiration for her filmmaking son Sammy (played by newcomer Gabrielle LaBelle).

The acclaim for the semi-autobiographical story of Spielberg’s childhood was palpable in Toronto, with many seeing Williams’ turn as a sure-fire ticket to her fifth career Oscar nomination, perhaps even a highly probable winner in supporting actress. The supporting actress field is now wide open for any of the cast from Sarah Polley’s “Women Talking,” such as Jessie Buckley or Claire Foy.

Can Williams top the two presumed actress frontrunners, Michelle Yeoh, from “Everything Everywhere All at Once” or Cate Blanchett from “Tar?”

It’s still up in the air whether Paul Dano, as Sammy’s father, will similarly campaign for leading attention. Co-star Judd Hirsch received the lion’s share of attention and could become the second-oldest performer ever nominated in supporting actor at 87.

Usually, category fraud goes in the other direction – an actor will give a performance which is clearly more of a lead role, and they’ll put themselves up for supporting actor awards because they think it will be easier to win. A lot of cases of category fraud are not even the actors’ calls though, it’s the studios making decisions about what kind of campaign they will pay for and how the film is promoted. This specific case, with Michelle, reads to me like the studio was on the fence and they were prepared to finance her supporting-actress campaign, but Michelle saw the film, saw her screen time and decided “nope, I’m the lead.” It’s bold and it feels like she’s proudly gambling on herself. I’m proud of her for declaring herself the lead like that. 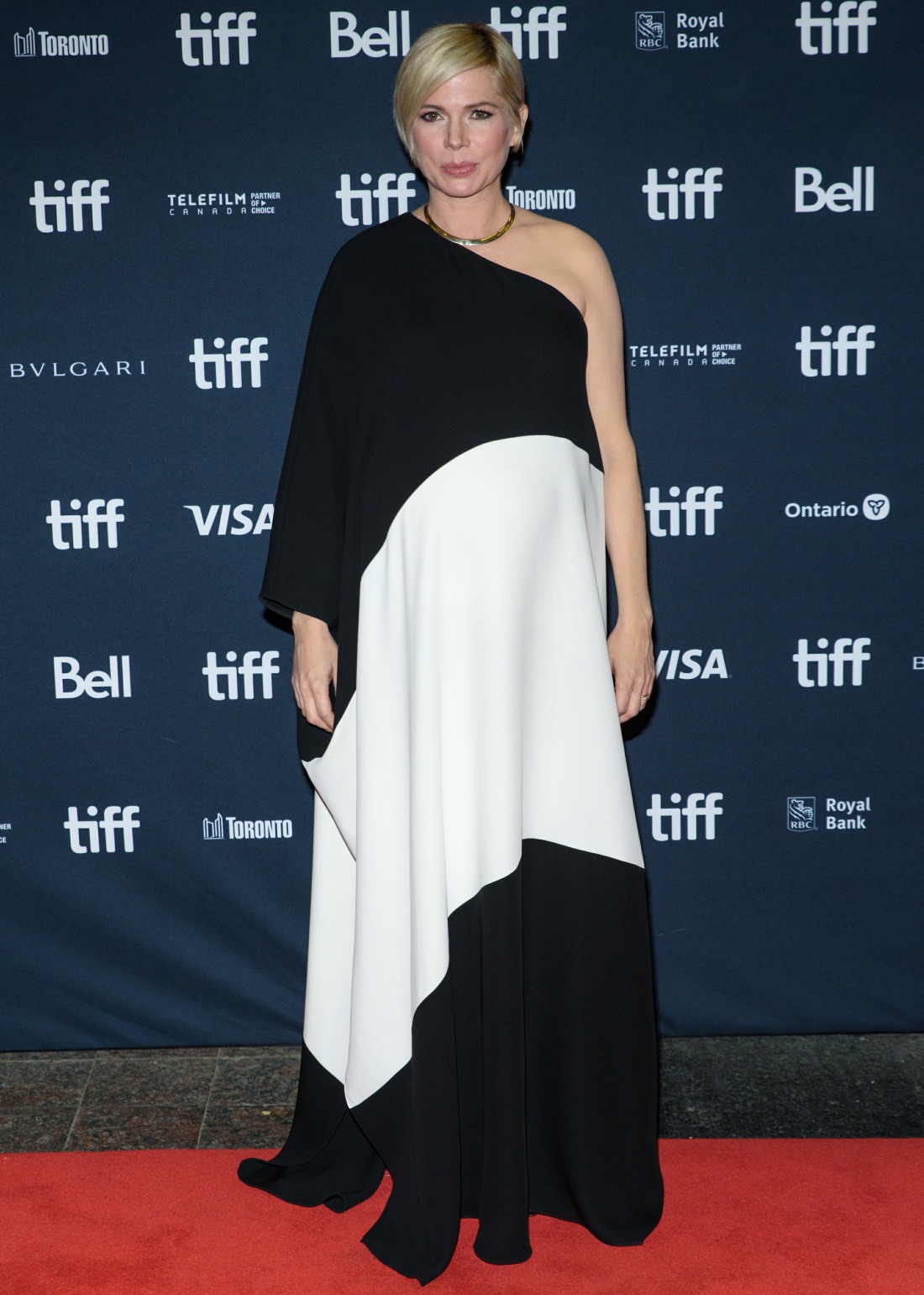 bitchy | Prince Charles called Dominic West’s wife in 2020, when West cheated on her