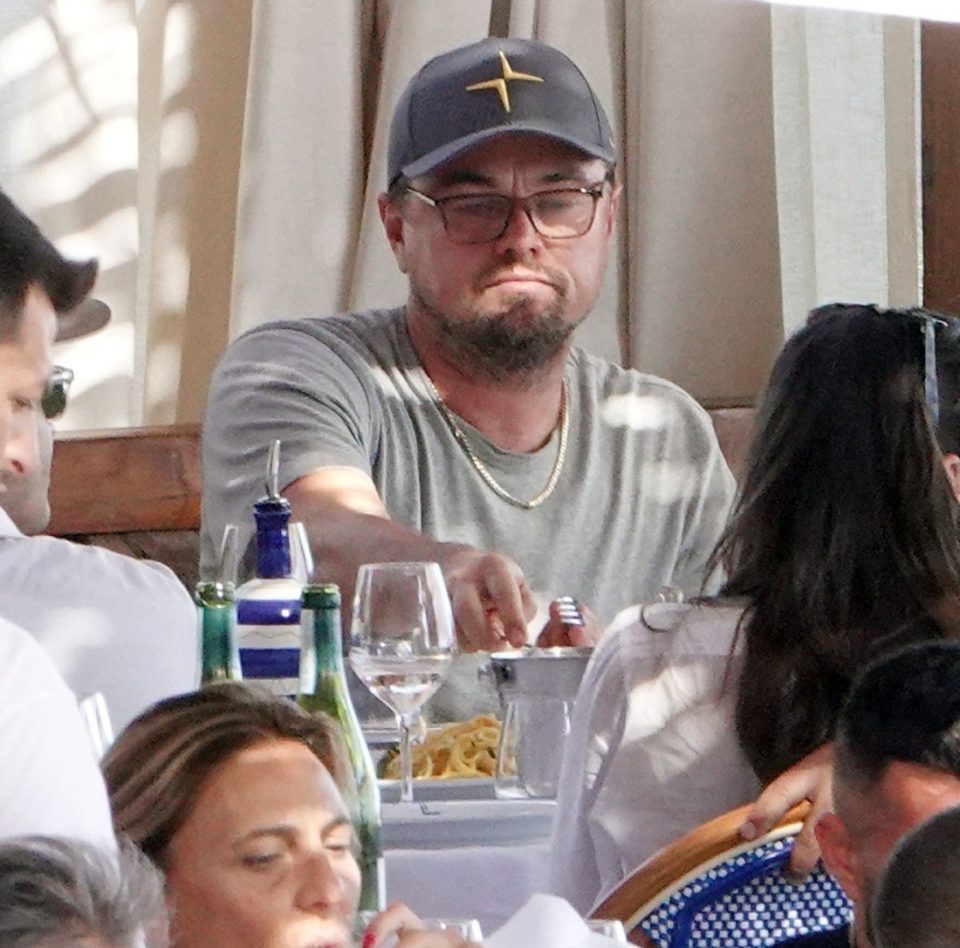 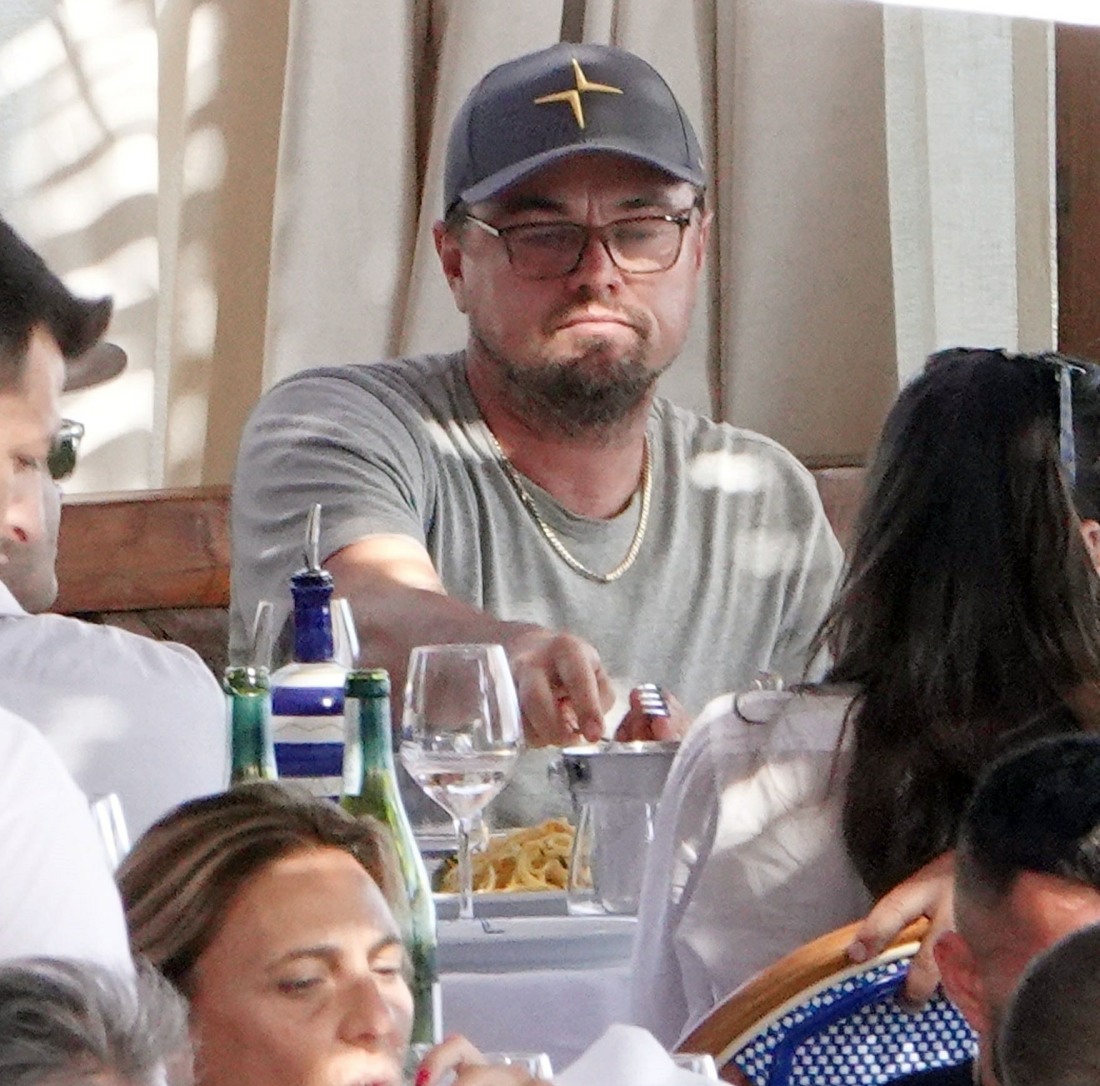 Leonardo DiCaprio was in Miami for Art Basel earlier this month, and he spent a lot of time surrounded by models. None of those models were Gigi Hadid, his ancient pretend-girlfriend. Gigi signed up to be Leo’s pretend girlfriend several months ago, when Leo couldn’t handle all of the criticism being thrown his way for his “under 25 rule.” He dumped Camila Morrone on or around her 25th birthday and the internet roasted him hard. So the “relationship” with Gigi Hadid was arranged – Gigi is 27 years old (a decrepit old hag, according to Leo) and a single mother (equally disgusting to Leo). Gigi and Leo were dutifully seen out and about in New York mostly and his publicist dropped some quotes into People Magazine describing Leo’s interest in Gigi. Well, Leo can’t help himself – he was seen out to dinner with a 23-year-old model/actress this week.

Leonardo DiCaprio was spotted getting dinner with actress Victoria Lamas — who is 25 years his junior — in Hollywood on Tuesday night. The “Titanic” actor, 48, and model, 23, were spotted leaving The Bird Streets Club separately before getting into a car together, per photos obtained by the Daily Mail on Wednesday.

DiCaprio appeared to be having a good time with the “Talk Later” actress as he was seen laughing with her while driving away.

Lamas looked effortlessly chic in a black scoop-neck crop top with matching black pants and a black leather jacket. She styled her hair in loose brown waves. DiCaprio also kept it casual in a black T-shirt, baggy blue jeans, white sneakers, a black jacket and his signature black baseball cap. He also accessorized his look with a silver chain necklace.

However, a source close to the situation told Page Six exclusively that Lamas and DiCaprio are not dating.

“Both were seated (not next to each other) at a big group dinner,” the source told us. “They were also joined by a number of other people in the car.”

Yeah, after the photos were published, I guess Gigi tapped her written contract and Leo’s publicist dutifully ran around to multiple gossip outlets, denying the fact that Leo was out on a date with Victoria. Again, he was seen leaving the club with Victoria and sitting with her at dinner, although there were other people at the dinner and in the car. Victoria was born in 1999 – while she might have been there for a good time, she was never there for a long time. What’s going to happen when Leo starts up with someone born in 2003????

New York, NY – Leonardo DiCaprio and Camila Morrone are all smiles as they spend a romantic afternoon in Manhattan’s Downtown area. The hot couple were all bundled up for the chilly weather as they went to see art galleries and later had a bite to eat at a Downtown pastry deli.

Malibu, CA – Leonardo DiCaprio and his girlfriend Camila Morrone enjoy a day at the beach in Malibu with Tobey Maguire and Lukas Haas on the 4th of July weekend.

Capri, ITALY – American award-winning actor Leonardo DiCaprio was pictured tucking into some delicious-looking pasta and biting his nails while enjoying lunch with friends on holiday in Italy.

bitchy | “Keke Palmer has no idea who Mulder & Scully are” links