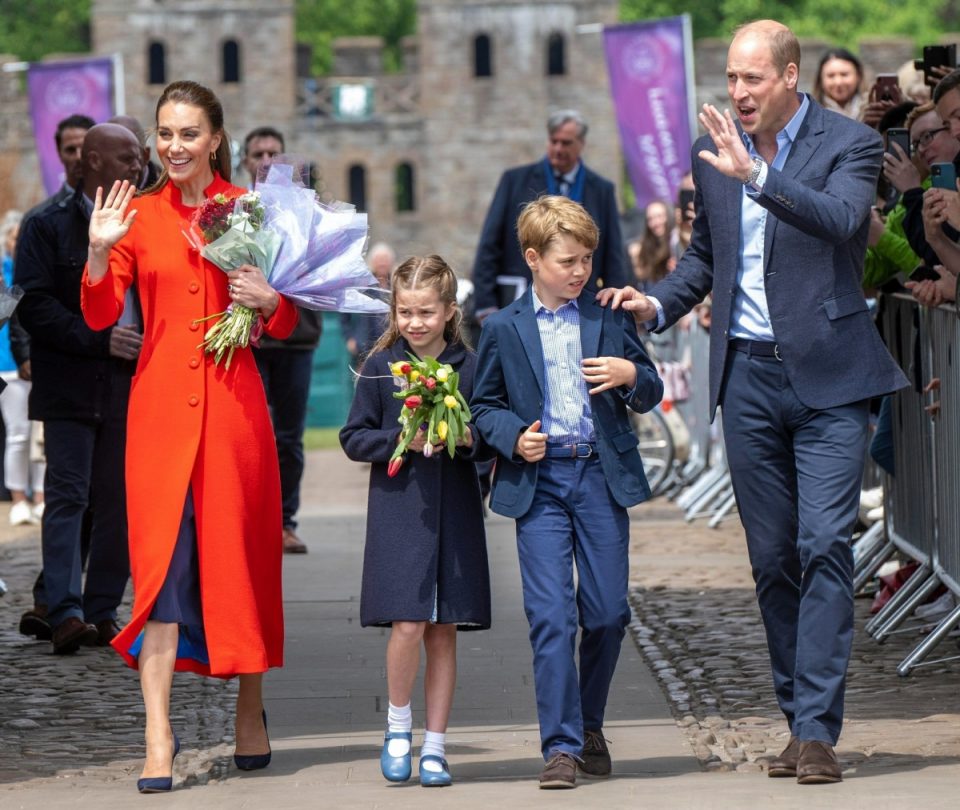 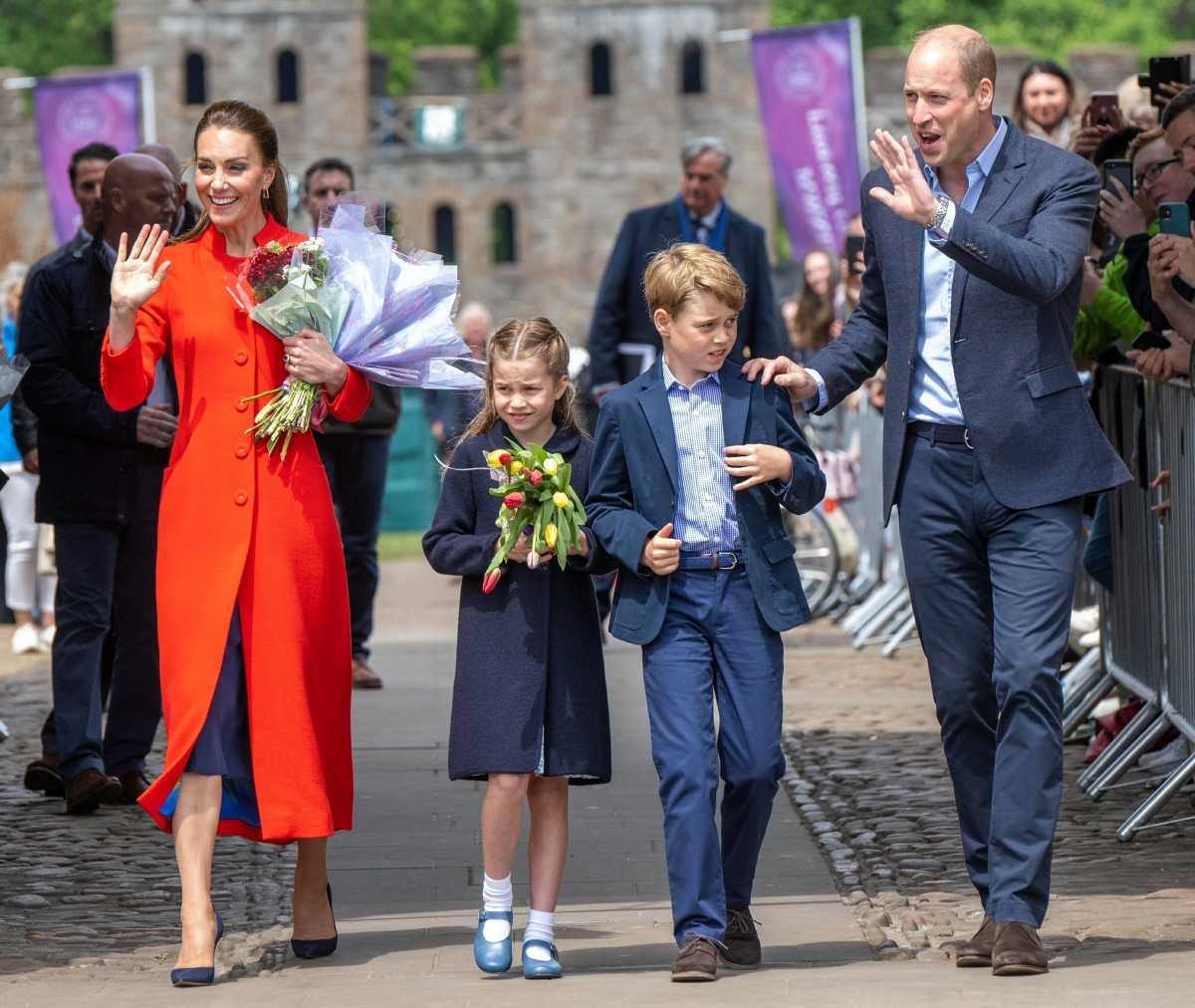 Pretty crazy to think that Kensington Palace has been openly briefing the media about the Duke and Duchess of Cambridge’s Berkshire house-hunting and school changes for their kids, yet we’ve only gotten a “formal announcement” about the changes right now, this week. It’s been over fourteen months since we first heard about this scheme for William and Kate to relocate their family to Windsor/Berkshire. They were looking at private homes, they were publicly lobbying the Queen and Charles for one of the fancier properties on the Royal Windsor estate, they were looking at different schools. And after all of that, it’s likely just Kate and the kids moving into a four-bedroom cottage with no staff quarters, and the kids are going to a co-ed school for rich peasants.

Prince William and Kate will move with their three children George, Charlotte and Louis to Adelaide Cottage in Windsor and send them to the prestigious £21,000-a-year Lambrook School nearby, it was confirmed today.

The couple have been planning a move to Berkshire since last year and royal aides have now revealed their children will all go to the same school, which is about seven miles away from their new home, from September. William and Kate, both 40, who have been based at Kensington Palace since 2017, are said to want to give the youngsters a country upbringing and want to be closer to the Duchess’s parents, Michael and Carole Middleton.

The couple, who will also now be closer to the Queen’s private apartments at Windsor Castle, will retain the 20-room Apartment 1A at Kensington Palace as a base in the capital – and this will also be the offices for their staff. The Cambridges also intend to also keep a third property – their current country home at Anmer Hall on the 96-year-old monarch’s Sandringham estate in Norfolk, which they are expected to still visit there for retreats.

William and Kate are understood to want to be closer to the Queen, who has suffered various health issues over the past year – and this will position them in a new era where they are taking over more important royal roles.

Adelaide Cottage will be William and Kate’s fourth property if including a holiday home in Scotland. William was given the Tam-Na-Ghar cottage on the Balmoral estate by his great-grandmother the Queen Mother in 2002. Just yesterday, Kate and her children Charlotte and Louis were spotted sitting in economy on a budget flight to Inverness Airport with their nanny and a security team as they travelled to Balmoral to holiday with the Queen.

Kensington Palace confirmed the family will be moving to Adelaide Cottage before the school term begins. A spokesman for the couple said today: ‘The Duke and Duchess of Cambridge have today announced that Prince George, Princess Charlotte and Prince Louis will attend Lambrook School in Berkshire from September 2022. Their Royal Highnesses are hugely grateful to Thomas’s Battersea where George and Charlotte have had a happy start to their education since 2017 and 2019 respectively and are pleased to have found a school for all three of their children which shares a similar ethos and values to Thomas’s.’

This is full of interesting little asides! “Kate and her children Charlotte and Louis were spotted sitting in economy…” So… William had George this weekend and they traveled to Scotland separately? Sounds like Kate has been enjoying “one last summer” at Anmer Hall before she’s shuffled off to Adelaide Cottage permanently, right? “This will position them in a new era where they are taking over more important royal roles…” Yes, that’s what hiding out in a downgraded cottage in Windsor means, it means that Kate is getting a much more important role! So much for all of her big birthday embiggening, Kate is being exiled to Berkshire where we’ll barely ever see her “work” again. As for the confirmation of the school… it sounds like a perfectly acceptable school in general. It’s just very strange to me that William and Kate have never prioritized the aristo-“pipeline” schools where William and Harry went when they were kids. 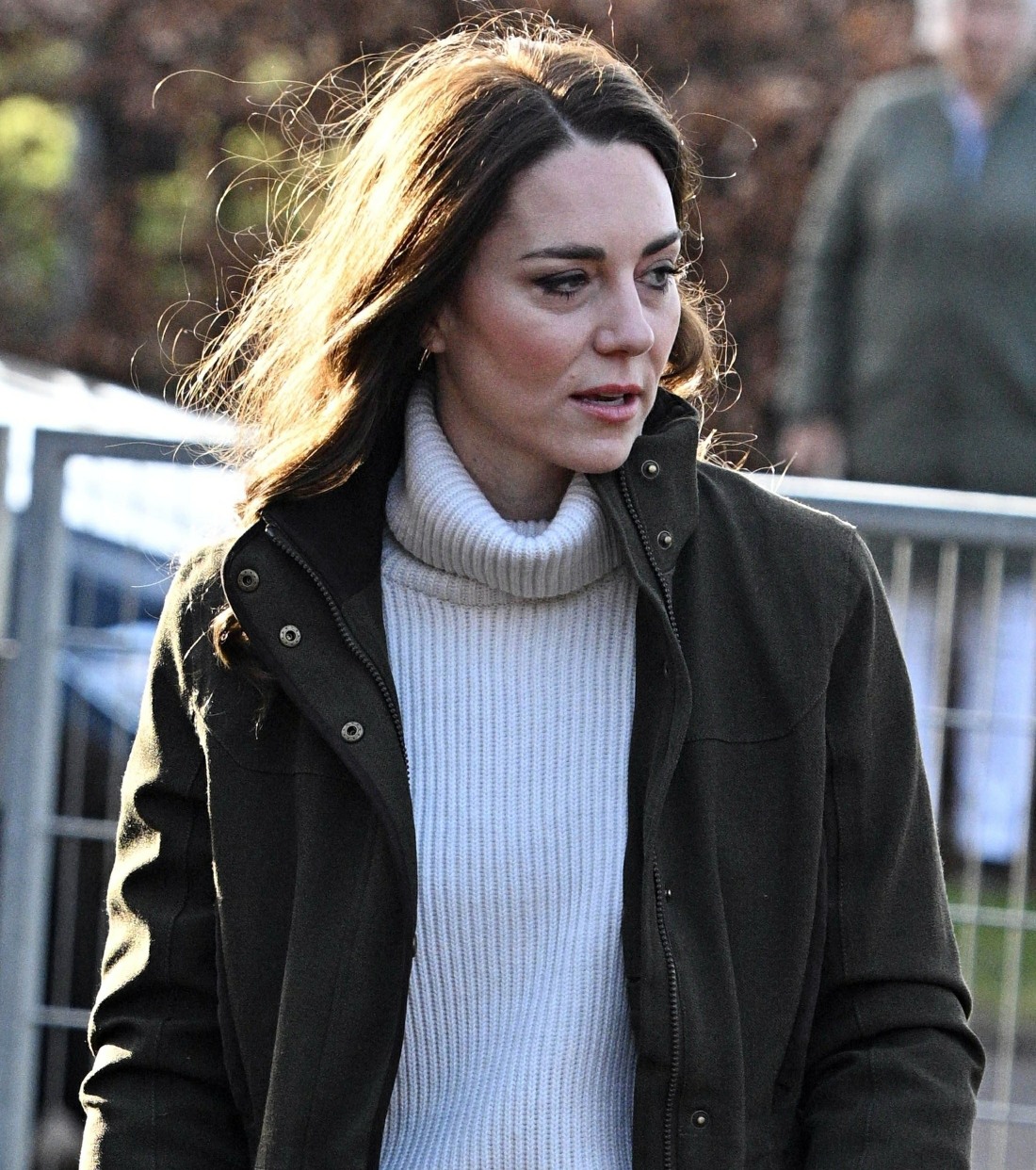 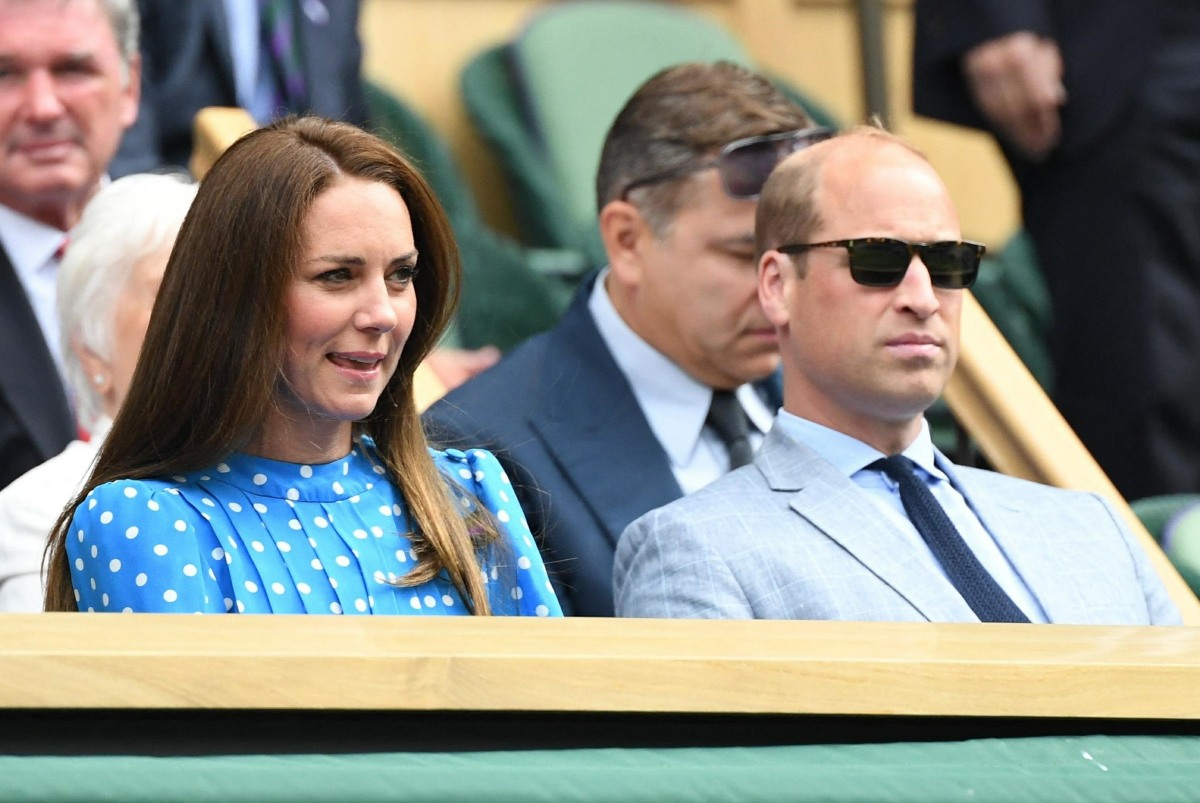 Britain’s Prince William, Duke of Cambridge, Britain’s Catherine, Duchess of Cambridge, and their children Britain’s George and Britain’s Charlotte check a concert’s music setup backstage during a visit to Cardiff Castle in Wales on June 4, 2022 as part of the royal family’s tour for Queen Elizabeth II’s platinum jubilee celebrations. – Over the course of the Central Weekend, members of the royal family will visit the Nations of the United Kingdom to celebrate The Queen’s Platinum Jubilee.,Image: 696913399, License: Rights-managed, Restrictions: , Model Release: no, Credit line: ASHLEY CROWDEN / Avalon

Catherine, Duchess of Cambridge, and Prince Louis at the Platinum Pageant from the Royal Box on the final day of the Platinum Jubilee celebrations in London.,Image: 697183086, License: Rights-managed, Restrictions: -, Model Release: no, Credit line: Stephen Lock / Avalon

Catherine, Duchess of Cambridge visiting Little Village Brent, to hear how the baby bank is supporting local families by ensuring that they have access to essential items for their young children.,Image: 698075352, License: Rights-managed, Restrictions: -, Model Release: no, Credit line: Paul Grover / Avalon

WINDSOR, ENGLAND – JUNE 13: Catherine, Duchess of Cambridge and Prince William, Duke of Cambridge attend the Order Of The Garter Service at St George’s Chapel on June 13, 2022 in Windsor, England. The Order of the Garter is the oldest and most senior Order of Chivalry in Britain, established by King Edward III nearly 700 years ago.,Image: 699346947, License: Rights-managed, Restrictions: , Model Release: no, Credit line: Chris Jackson / Avalon

Ballerup, DENMARK – Catherine Duchess of Cambridge (Kate Middleton) pictured during a visit to Forest Kindergarten in Ballerup, on the second day of her 2-day visit to Denmark.

Westminster, UNITED KINGDOM – Service of Thanksgiving for the life of the Duke of Edinburgh at Westminster Abbey.

London, UNITED KINGDOM – Prince William, Duke of Cambridge and Kate Middleton sit on the stands as they attend the Wimbledon Championships at All England Lawn Tennis and Croquet Club in London.

“What did y’all think of the ‘House of the Dragon’ premiere?” links

bitchy | Tia Mowry: Kids ‘would call my sister and I Buckwheat twins’