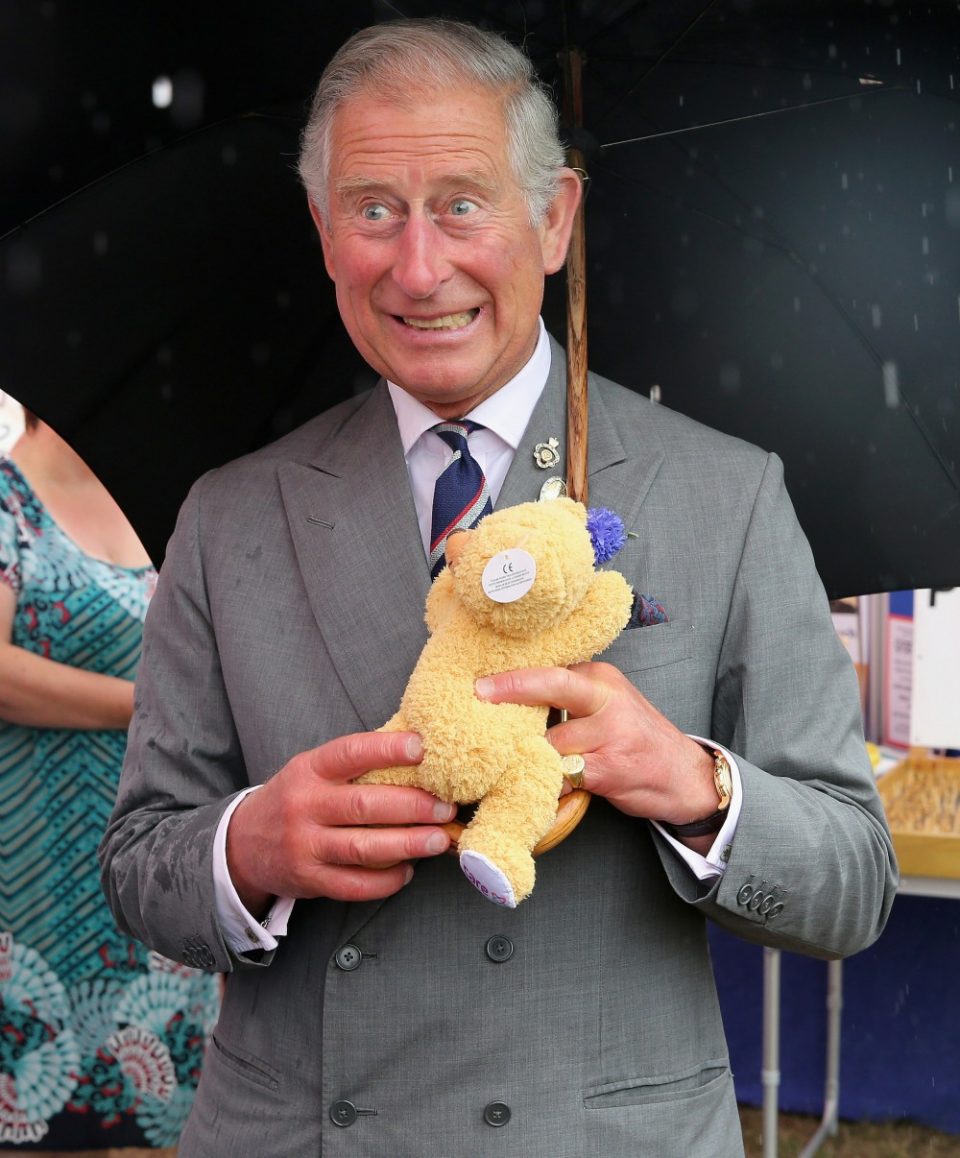 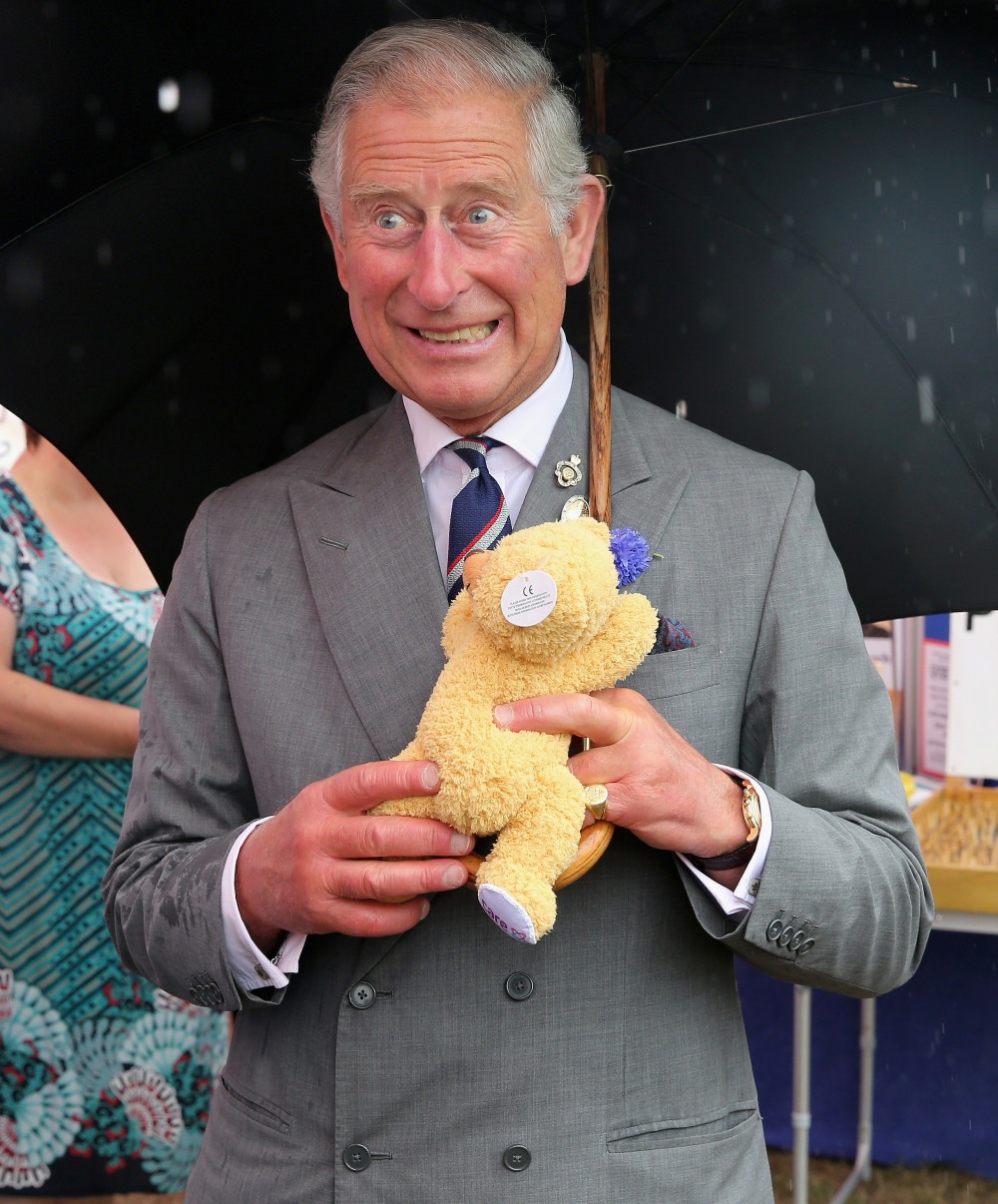 Christopher Andersen’s new book is The King: The Life of Charles III. Andersen must have thrown this together in a month, either that or he was already working on it when QEII passed away and Andersen managed to do a quick rewrite and title change. The book is being widely excerpted, to the point where I feel no need to actually seek out the book and read the whole thing. Andersen isn’t an anti-Sussex deranger – he’s pretty shady about almost every royal figure, and this book is making it perfectly clear that King Charles has been an a–hole all of his life. Anyway, here’s more from the book – Charles is obsessed with his teddy bear to a bonkers degree, and Charles bullies gardeners.

The teddy bear: King Charles was attached to his childhood teddy bear well into adulthood, according to a new book. The now-king’s former trusted valet, Michael Fawcett, was in charge of caring for the stuffed animal — when Charles was in his forties. Anytime the toy needed mending, the royal’s former nanny Mabel Anderson was brought out of retirement to make the necessary repairs. According to a former valet, the retired nanny “was the only human being allowed to take needle and thread to Prince Charles’ teddy bear. He was well into his forties, and every time that teddy needed to be repaired, you would think it was his own child having major surgery,” Andersen writes.

More on Michael Fawcett’s duties: Valet Fawcett was also in charge of squeezing toothpaste onto the then-Prince of Wales’ monogrammed toothbrush, shaving his face, helping him put on trousers and lacing up his shoes. He laid out the royal’s pajamas and turned down his bed nightly.

The Highgrove gardeners: The gardening staff at Charles’ Highgrove estate were expected to live up to his exacting standards as well. The head gardener, Andersen writes, woke up every day to a list of “instructions and complaints written by his boss in red ink.” The then-prince would stand on his porch and, if not happy with the job being done by landscapers, allegedly bark orders at them through a green megaphone.

Charles the bully: “For someone who said he was bullied as a child, Prince Charles clearly enjoyed bullying us,” a Highgrove staffer told Andersen. “He could be pleasant and courteous, but just as much of the time, he was moody and mean. He didn’t think twice about shouting insults at you if you put a foot wrong.” Another former valet, Ken Stronach — who was, for many years, in charge of hand-washing the prince’s underwear and tucking him into bed with his beloved teddy — concurred. Stronach claims in the book to have seen Charles, in the midst of an argument with his then-wife, Princess Diana, grab a heavy wooden bootjack and throw it at her, narrowly missing her head.

The time Charles pulled a sink out of the wall: Another time, Charles, who was staying at a posh friend’s villa in the South of France, allegedly grew enraged when he accidentally lost one of his cufflinks down a bathroom sink. “Flying into a blind rage, he pulled the sink off the wall, then smashed it, looking for the cufflink,” Andersen writes. “Unable to find the missing jewelry, a wild-eyed Prince of Wales spun around and grabbed his valet by the throat. Stronach broke free, darted out a side door — and into a linen closet. Terrified, he huddled there for thirty minutes before he could hear Charles leave the bathroom.”

The teddy bear thing… like, I think it’s fine for adults to have sentimental attachments to their childhood toys or comfort objects. Did Charles take it too far? Yes. I’m much more curious about the bullying stories. We’ve always known that when the royals accused the Duchess of Sussex of bullying, it was always projection on their part – Charles has made his staffers’ lives hellish for decades, William is always flying into rages and screaming at people, the Anmer Hall staffers loathe Carole Middleton barking orders at them and playing queen of the manor, and none of them can “keep staff” because they treat their employees like garbage. But please, tell me again how Meghan sent a 5 am email. 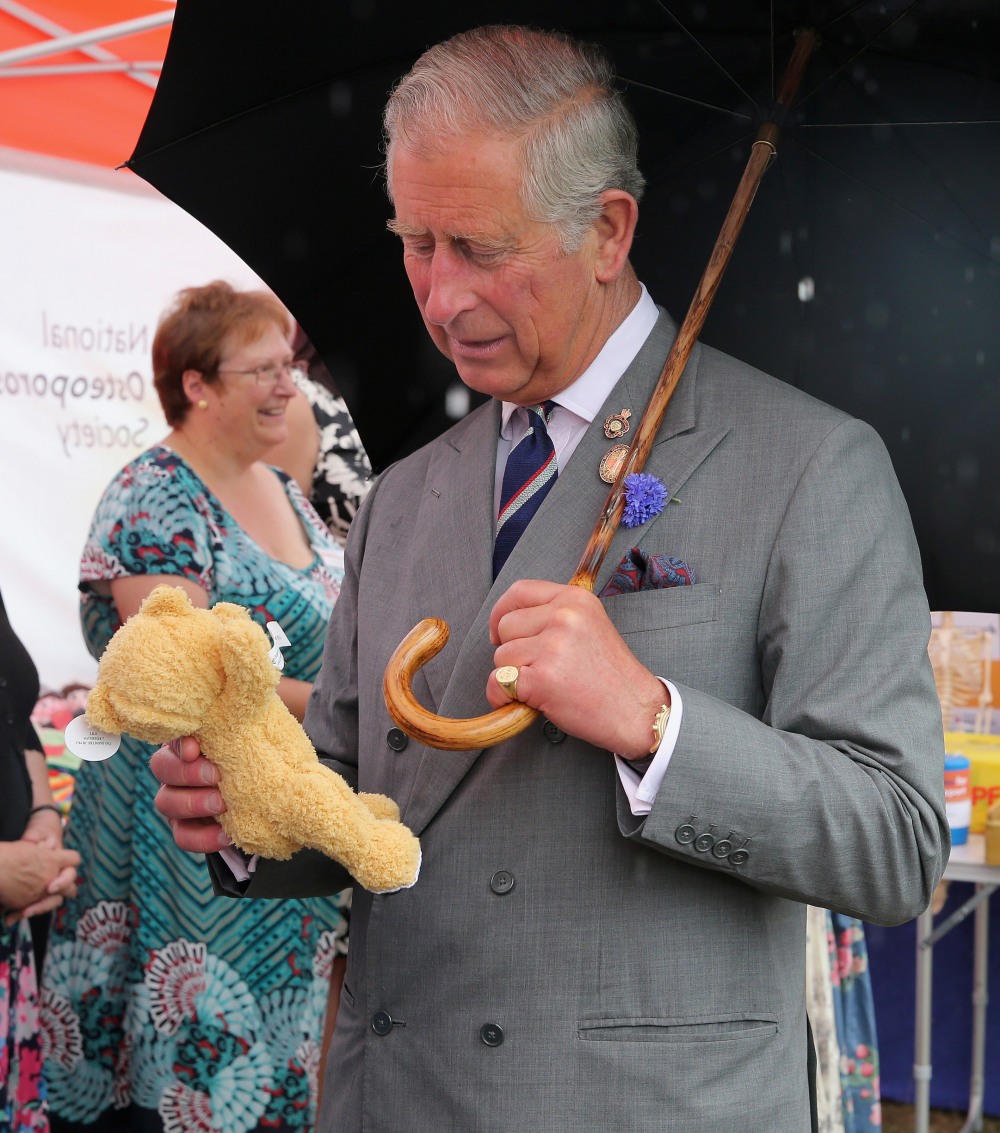 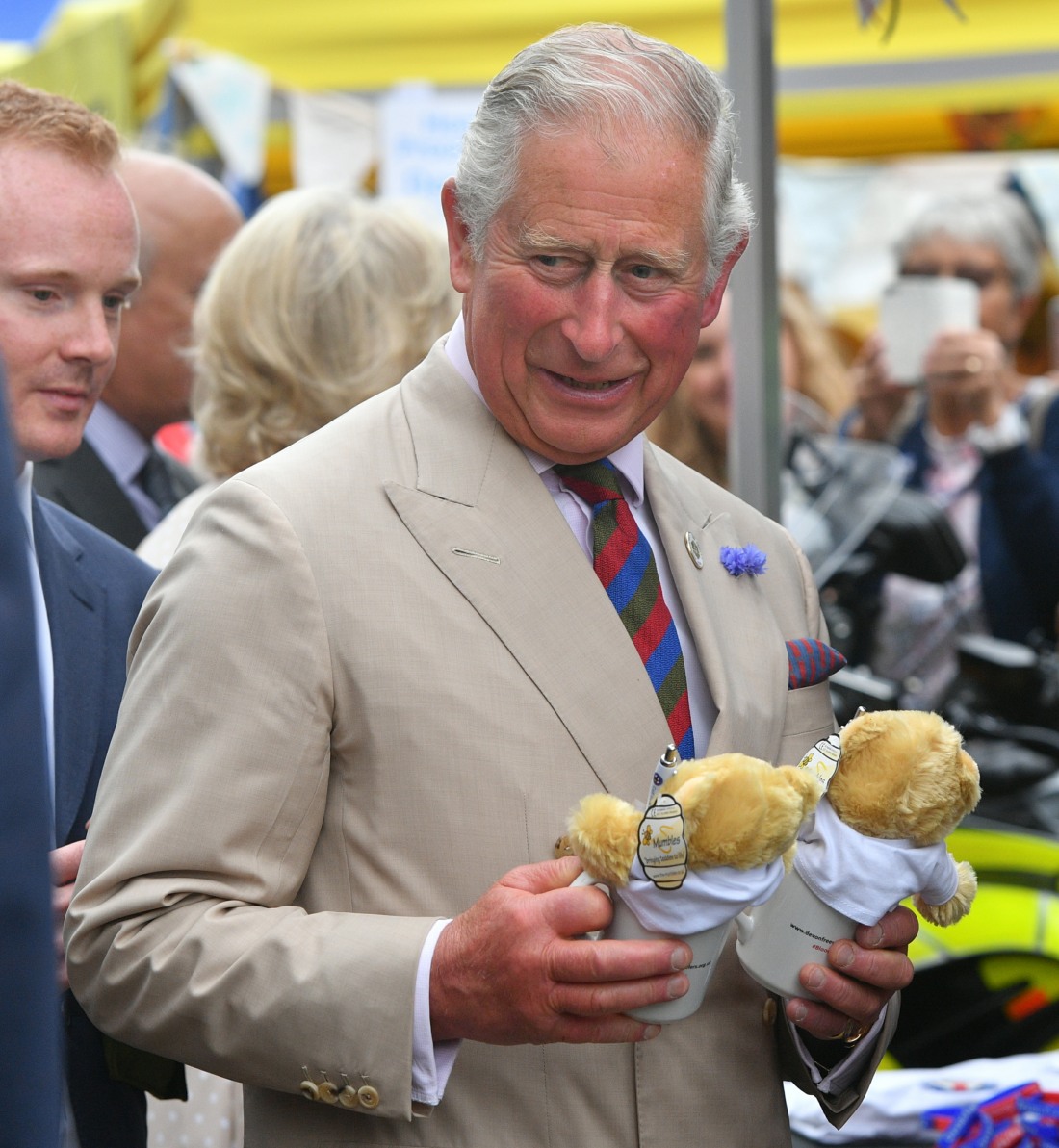 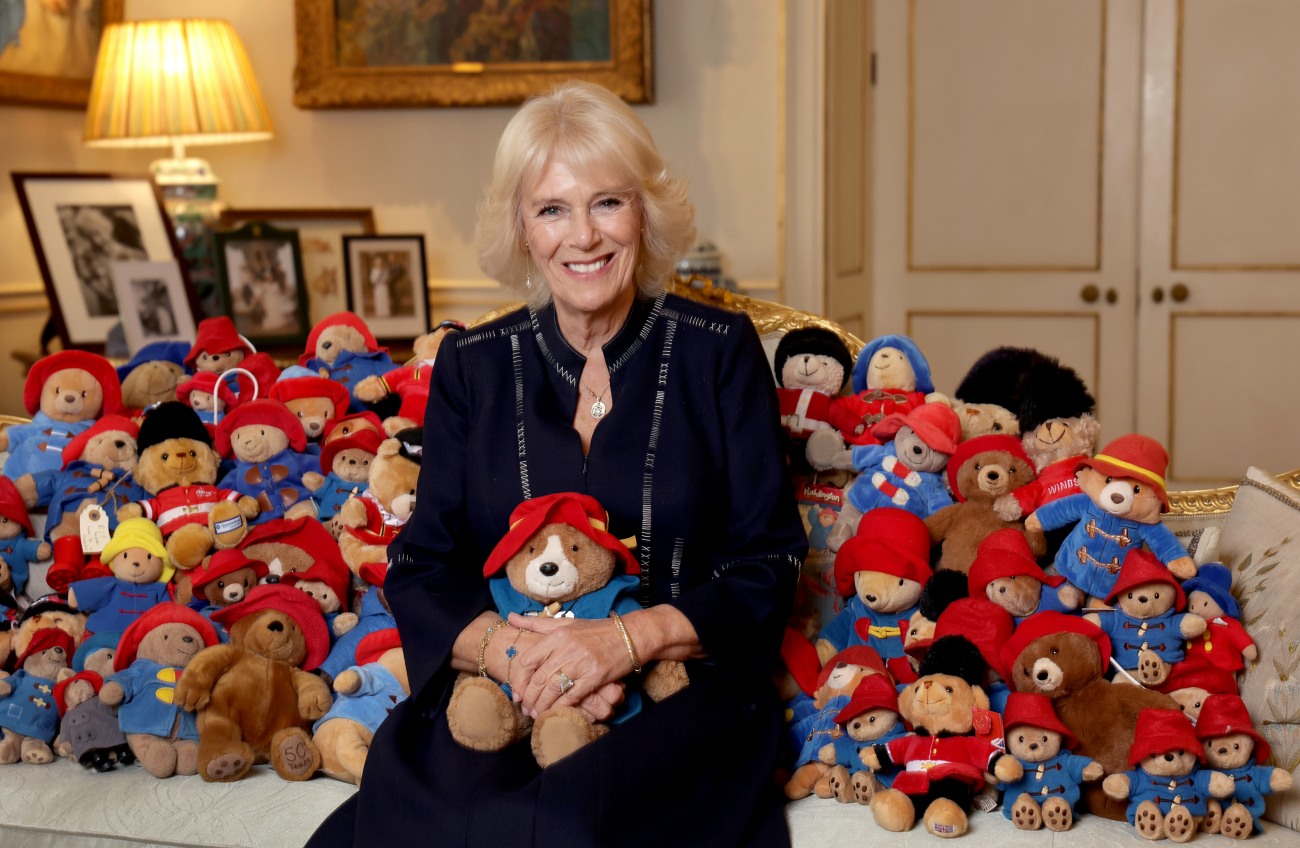 LONDON, ENGLAND – OCTOBER 13: (Copyright rests with Getty Images and publications are asked to credit Chris Jackson/Getty Images. All terms of release must be adhered to. The photograph has been distributed with permission from Royal Communications. The photograph is being made available by way of licence on condition that the photograph shall be solely for news editorial use only, there shall be no commercial use whatsoever of the photograph – including any use in merchandising, advertising or any other non-editorial use, the image must not be digitally enhanced, manipulated or modified in any manner or form. THE PHOTOGRAPH SHALL NOT BE USED AFTER SUNDAY, OCTOBER 30th 2022.).In this handout image issued by Buckingham Palace, Camilla, Queen Consort, poses with a collection of Paddington cuddly toys in the Morning Room at Clarence House, on the 64th anniversary of the publication of the first Paddington bear book, on October 13, 2022 in London, England. Over 1,000 Paddington and teddy bears, left at at Royal Residences as tributes to Queen Elizabath, will be donated to Barnado’s charity.,Image: 731039858, License: Rights-managed, Restrictions: THE PHOTOGRAPH SHALL NOT BE USED AFTER SUNDAY, OCTOBER 30th 2022., Model Release: no, Credit line: Handout / Avalon

bitchy | Why didn’t Duchess Kate wear her sapphire ring to the Commonwealth Games?