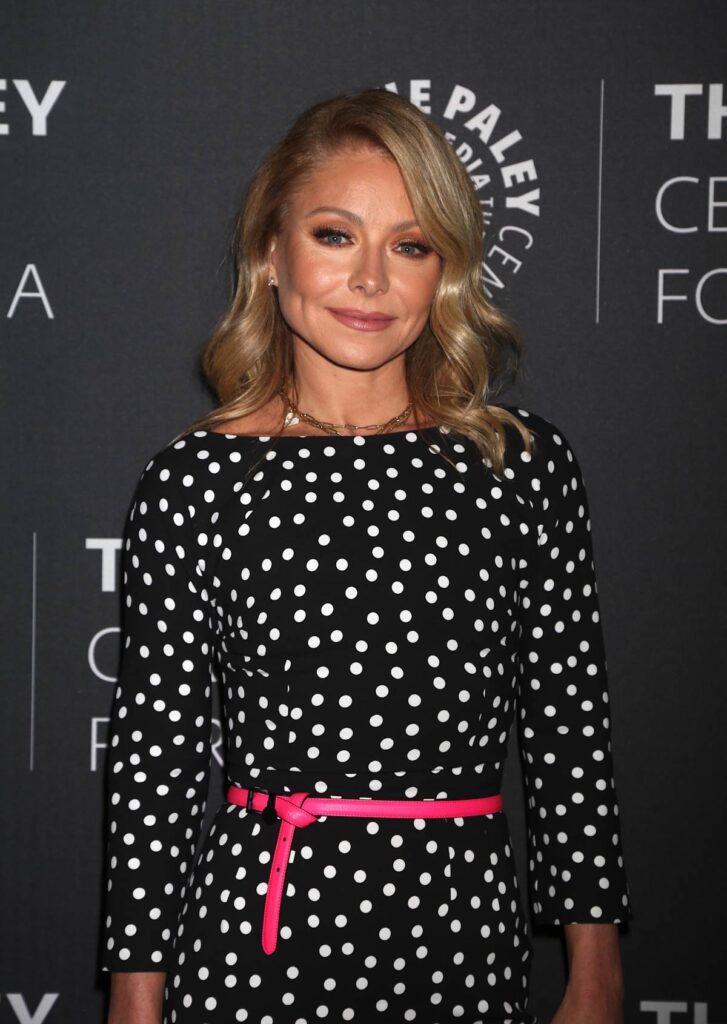 Kelly Ripa has written a memoir called Live Wire: Long Winded Short Stories. The blurb for the book reads, “A sharp, funny, and honest collection of real-life stories from Kelly, showing the many dimensions and crackling wit of the beloved daytime talk show host.” One of those stories is about her time on Live with Kelly, from her hiring and working alongside with Regis Philbin to becoming the only name in the title. Except for the Michael Strahan, whom she left out of the book. Kelly gave an interview in which she talked about the section that dealt with Regis saying that “it wasn’t a cakewalk.” When Regis’ former co-host, Kathie Lee Gifford, read those headlines about Kelly’s interview, she expressed concern and vowed not to read the book because of them. Now Kelly is weighing in on Kathie’s comments, saying that if she did read the book, she’d probably feel differently.

Kelly Ripa spoke up on former Live host Kathie Lee Gifford’s declaration about refusing to read her new book, Live Wire, due to her take on Regis Philbin.

Appearing on the podcast Not Skinny But Not Fat, the mom-of-three shared her take on the matter, calling it a “conundrum” right off the bat.

“I didn’t see the interview, so I tend to not go into deep dives on things I can’t comment on,” she continued, talking about “correcting the record” and controlling the narrative.

“I knew writing the book was going to open me up to all sorts of criticism, but people who read the book have a very different take on those chapters, because they read the book.”

She concluded: “My ultimate comment is…thank you! It’s really hard to sell a book,” adding that any person who would pick up the book would have a different take.

Eventually I’m commenting on vapor here. Kelly’s comments above are based on something she read that Kathie said, which are based on something Kathie read about something Kelly said about something she’d written in her book. Kelly’s got a point – until one of us reads the actual chapter, it’s theory. I don’t think Kathie needed to weigh in on Kelly’s comments about her working relationship with Regis. First of all, Kathie doesn’t know what Kelly said because she’d only read headlines and secondly, people have different relationships with people. Just because Kathie and Regis adored each other doesn’t mean he and Kelly did. But I suggested from the start that Kelly should prepare herself for Kathie and possibly Joy Philbin having something to say about this. Even if I didn’t agree with Kathie, I wasn’t surprised to see her speaking up.

But, as Kelly said, it’s really hard to sell a book and Kathie announcing that she’s not buying a copy probably sold a whole bunch for Kelly. Not sure Kathie thought that through when she entered the conversation.