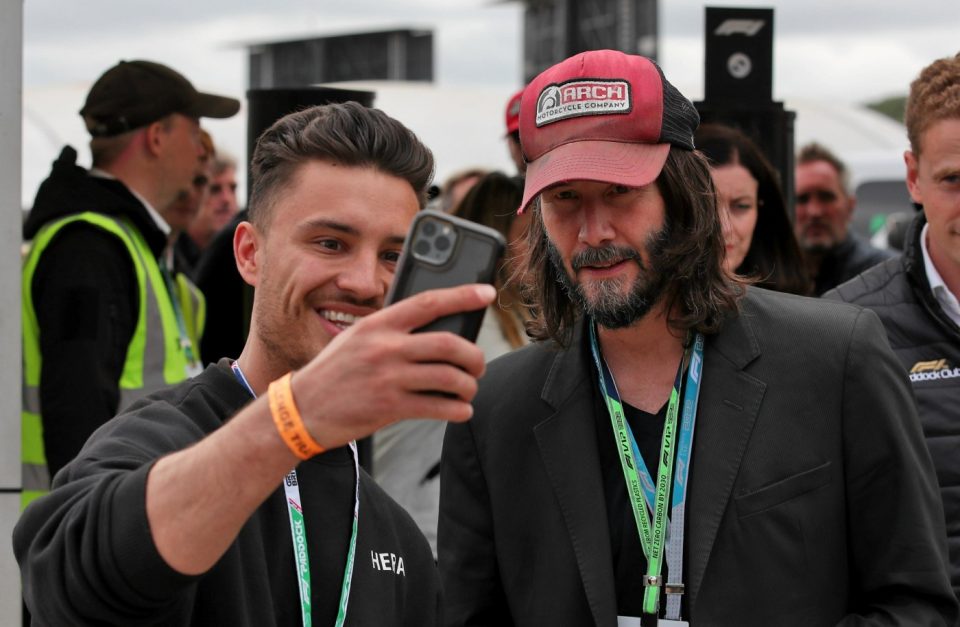 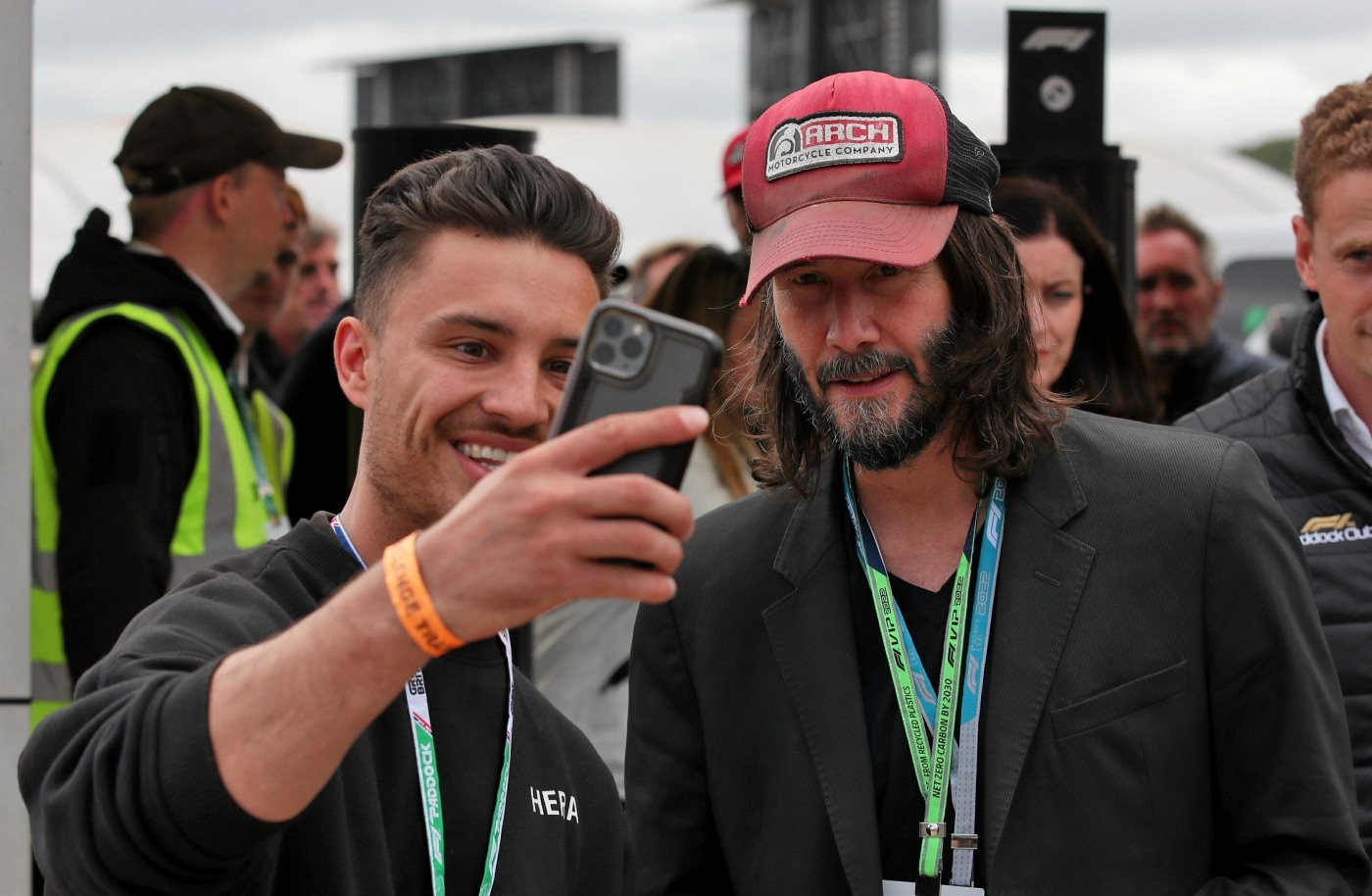 Celebrities came out for the Formula 1 Grand Prix in Silverstone over the weekend. Keanu Reeves, Tom Cruise (who is a Lewis Hamilton super-fan), Michael Douglas and Gordon Ramsey were all on site. I kept seeing tweets about how Keanu Reeves was so low-key and nice to everyone there. Obviously, Keanu is a big gearhead and he loves cars and motorcycles. He was welcomed completely at F1, and apparently he’s making a docuseries about the 2009 Grand Prix.

Keanu Reeves, 57, took in the excitement during a rainy day at Saturday’s British Grand Prix qualifying race at Silverstone Circuit in England as he prepares to film his new Formula 1 documentary series.

“It was wet but it was thrilling,” he told Sky Sports. “It was absolutely amazing to be that close. Silverstone and rain, perfect. I think being that close to it, just seeing the speed and the way that they’re going at the turns and exiting the turns is something unbelievable. We are being hosted by Ross Brawn, he has been a legend and is such an amazing person so it was really cool to meet him and spend some time with him, he offered us the chance to be here. That’s what we are going to try and do, we are going to tell that amazing, remarkable story,” Reeves added.

He’s currently working on a docuseries about the 2009 Formula 1 season, which was the first to use the Brawn racing car after Honda retired from F1 the year before. The series will feature interviews with Ross Brawn, Jenson Button, Rubens Barrichello and other important F1 figures from that era.

“From the outside a friend of mine was telling this story and I was so struck by it. We were like ‘Well let’s tell that story’ and it has been really great to be able to learn more from what was going on in F1 back in the day, there was just so much happening in F1,” Reeves explained. “Just the world of F1 was extraordinary, it always is but that year with Brawn I think something special happened.”

That’s really cool. Keanu just shows up in different parts of the world and charms everyone with his niceness and humility. Speaking of, as he was returning to the US after his outing at Silverstone, a young boy stopped him at the airport and peppered him with questions. The tweets from an eyewitness went viral. This is so sweet and kind, it made me choke up a little.

Keanu Reeves was on my flight from London to NYC today. A young boy asked for an autograph at baggage & then began to fire off a series of rapid-fire questions. Keanu happily responded to every single one… pic.twitter.com/T7m7PciL5C

Kid: How long are you gonna be in New York?

The man could not have been nicer, especially after an international flight. I thought I’d share this because the dude is a class act and little moments like this can make such a big difference in people’s lives. We need more Keanus!