As we know, Kaley Cuoco is happily pregnant and expecting a baby girl with her new boyfriend, Tom Pelphrey. Kaley has always struck me as a celebrity that’s super chatty. She’s talked a lot in the past about her rescue animals and other relationships and career and family. I don’t remember her talking much about kids before, but sources close to her went to People to do so. They emphasized her excitement around becoming a mother and said that she’s been dreaming about this for a while.

The Flight Attendant star, 36, who is expecting her first baby, a daughter, with boyfriend Tom Pelphrey, “couldn’t be happier” with the Ozark star and is “very ready to be a mom,” a source close to Cuoco tells PEOPLE in this week’s issue.

“She is so excited that it’s happening,” adds the insider. “Kaley has been dreaming about this for a while. She is so happy.”

“Kaley will be an incredible mom,” another source adds. “She’s funny and warm and has a way with kids.”

Cuoco and Pelphrey, 40, both shared the joyful news last week that they are expecting their first baby together. The actress shared a series of sweet photos with Pelphrey on her page, including photos of an inside of a cake with pink frosting to reveal they are expecting a baby girl.

“💕Baby girl Pelphrey coming 2023💕 beyond blessed and over the moon… I 💓 you @tommypelphrey!!!” Cuoco wrote on Instagram.

On Pelphrey’s page, the Banshee actor shared several of the same photos, writing, “And then it was even MORE BETTER. 🎀🎀🎀. Love you more than ever @kaleycuoco ♥️🙏♥️”

Speaking of Cuoco’s relationship with Pelphrey, friends close to the Big Bang Theory alum are “thrilled that she’s found the one,” the first source tells PEOPLE.

“Tom is a great guy, and he loves Kaley the way she is. He is very good to her. And there is something very calm and mature about their relationship,” adds the insider.

The couple confirmed their relationship in May and made their first public appearance at an event together later in the month, sitting hand-in-hand as Flight Attendant executive producer Greg Berlanti received his star on the Hollywood Walk of Fame. They then brought their relationship to the red carpet at the 2022 Emmy Awards, where both were up for Emmys this year.

What the sources said tracks. Especially the part about Kaley being funny and warm and great with kids. I can totally see that and though those aren’t the only qualities relevant to motherhood, I believe that she’ll make a good mom. She’s got all those rescue animals; I imagine she’s nurturing. I also completely believe what they’re saying about her being ready to be a mom and that she’s been dreaming about this for a while. It’s not exactly shocking news that a woman in her mid-30s might want to become a mom and feel ready to do so. Kaley is 36 and Tom is 40 — this will be the first child for each of them so of course they’re excited. And even if they are on what seems to be an accelerated timeline, they do appear to be in love and having a baby at their ages makes sense. The source also talks up Tom and the calmness and maturity of their relationship, perhaps laying it on a bit thick to assuage any doubters, but I’ll buy that he’s more solid and stable than either of her ex-husbands. He has a solid acting career of his own and understands that life, so despite Kaley’s typical quickness, maybe he really is “the one” like her friends say. But did they get married?! Kaley said she never would again, but she and Tom seem to be wearing rings in their pics. But maybe they’re just symbolic? I want the source to talk about that. 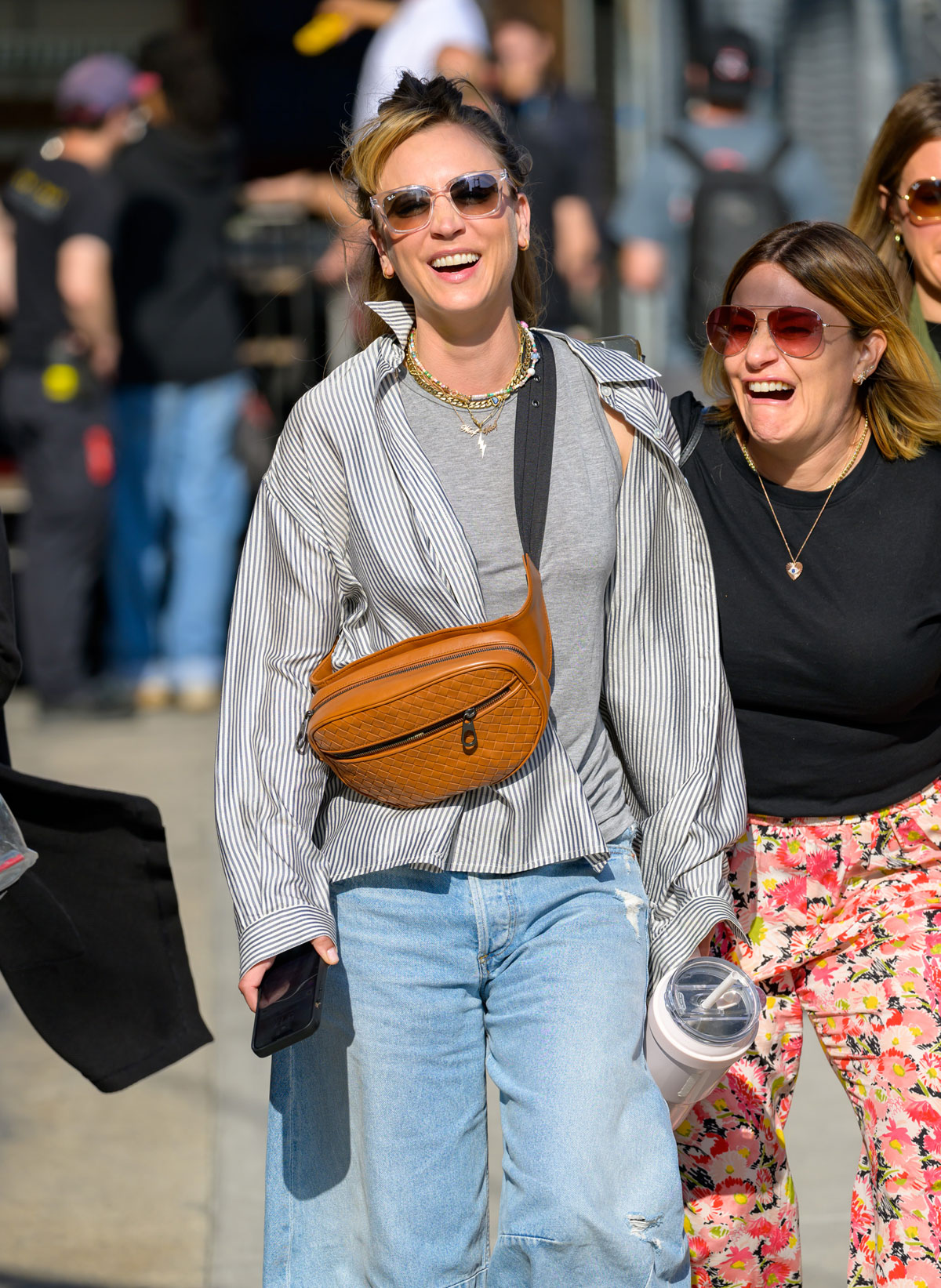 bitchy | Matthew Perry: ‘doctors told my family that I had a 2 percent chance to live’

bitchy | Joanna Lumley on Me Too: ‘The new fashion is to be a victim… it’s pathetic’

bitchy | Donald Trump: During the raid, the FBI confiscated my three passports